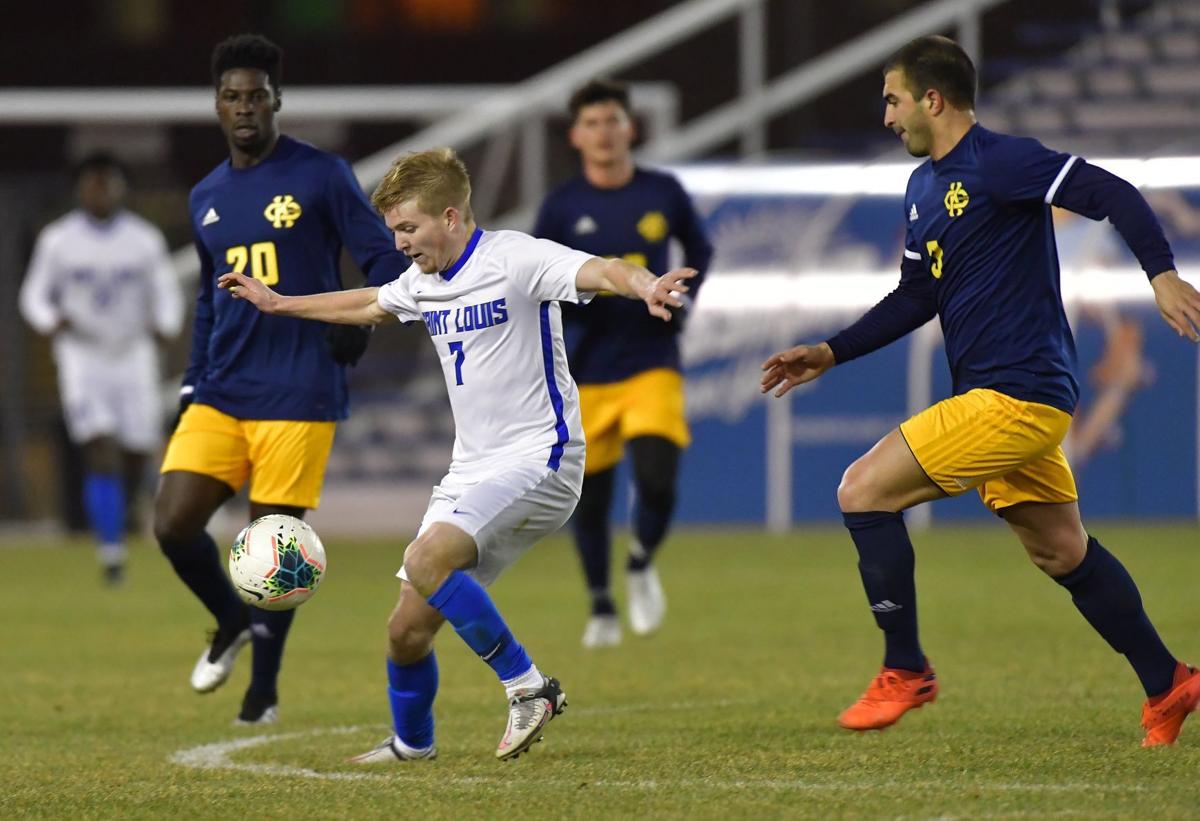 John Klein was born in Kansas City and lived most of his life in Columbia. But he considers himself a St. Louisan.

“This is where most of my family lives, and it’s always felt like home,” said Klein, a 21-year-old who’s heading into his senior soccer season at Saint Louis University.

Klein spent the summer playing with St. Louis Scott Gallagher in the USL League Two. With four goals and two assists, he’s the leading scorer for a team that’s 6-3-2 heading into its season finale Saturday against the powerful Des Moines Menace (9-1) in Iowa.

“We’re not going to make the playoffs, but we’ve had a good season and I’ve really enjoyed the experience,” Klein said. “Playing for Steve Trittschuh has been great; he understands it’s a summer season, and he’s let us have some fun along the way. Getting a chance to play with some of the top college players from this area has been a lot of fun, and we’ve had a good season.”

Klein, who stands 5 feet 7, is versatile enough to play anywhere on the field but has played mostly as a forward with the summer squad. He played some wingback as a youngster with the Portland Timbers U19 Academy squad and has been primarily an attacking midfielder in his time with SLU.

He led the Billikens in scoring with nine goals and an assist in 2018; he was named A-10 freshman of the year and earned second-team all-conference honors. He started all 17 games as a sophomore, finishing with two goals and two assists in 2019.

In the spring, he finished with four goals and four assists, tying for the team scoring lead while again earning second-team Atlantic 10 Conference honors. With 15 goals and seven assists, he is SLU’s active leading scorer.

“John has a great engine — he can run all day — and he’s a very active attacking player,” said Trittschuh, the St. Louis Scott Gallagher coach. “His movement and technical ability are outstanding, and he knows how to break down defenders.

“He has the ability to play a number of spots and also does a good job defensively. I definitely think he’s a guy who can play at the next level.”

Trittschuh, who starred at Granite City North High and Southern Illinois University Edwardsville, played professionally from 1987-2001, represented the United States in the 1990 World Cup and has been a professional coach since 2002.

A marketing major, Klein plans to play two more years at SLU, taking advantage of the COVID season to pursue a master’s degree.

“Playing pro soccer is definitely what I’m working toward,” Klein said. “I’m excited about the upcoming college season because of the returning talent and because we’re a hungry group. We haven’t been to the NCAAs yet, but I definitely feel this is a team that’s on that track.”

Klein is the product of a St. Louis soccer family. His grandfather, also named John, was a member of SLU’s national championship squads in 1959 and 1960. He was inducted into the St. Louis Soccer Hall of Fame in 1976.

And his father, also John, starred in high school at Priory and went on to play collegiately at Duke before returning home to play at SLU in 1985-86. He went on to professional soccer for eight seasons, spending time with the St. Louis Storm, Kansas City Comets, Miami Freedom and St. Louis Ambush.

He went into the St. Louis Soccer Hall of Fame in 1991 and has been coaching men’s soccer at Columbia College since 2000. He started the women’s program there in 2012.

“I was teammates with John’s dad with the Ambush,” Trittschuh said. “John and his dad definitely play similarly. Both of them have a great attitude, work hard and want to be better.”

Klein played just one season of high school soccer in Columbia, scoring 15 goals and assisting on 16 others in helping Rock Bridge reach the state semifinals as a junior. As a senior, he played for the Portland Timbers U19 Academy.

Earlier in his career, Klein played for Tommy Howe at Sporting STL.

“I’ve been fortunate to play for some great coaches and tried to take something positive from each experience,” Klein said. “I feel comfortable in a number of positions and try to bring energy every time I take the field. After a little time to recharge the batteries, I’m looking forward to getting back with the guys at SLU. We have a great group coming back, and I think we’re all looking forward to a very successful season.”

71 years ago a bunch of St. Louis kids helped to pull off soccer's 'Miracle on Grass'

Sweeper from Columbia High is team's leader on the field.

Andreas Schumacher, who coached and played in the Bundesliga, will take over the team once he's allowed to travel to America. (Updated with quotes from Lutz Pfannenstiel on the selection.)

He's been scouting and networking during the European championships, with an eye toward his first MLS team, while doing soccer commentary for several European TV outlets.