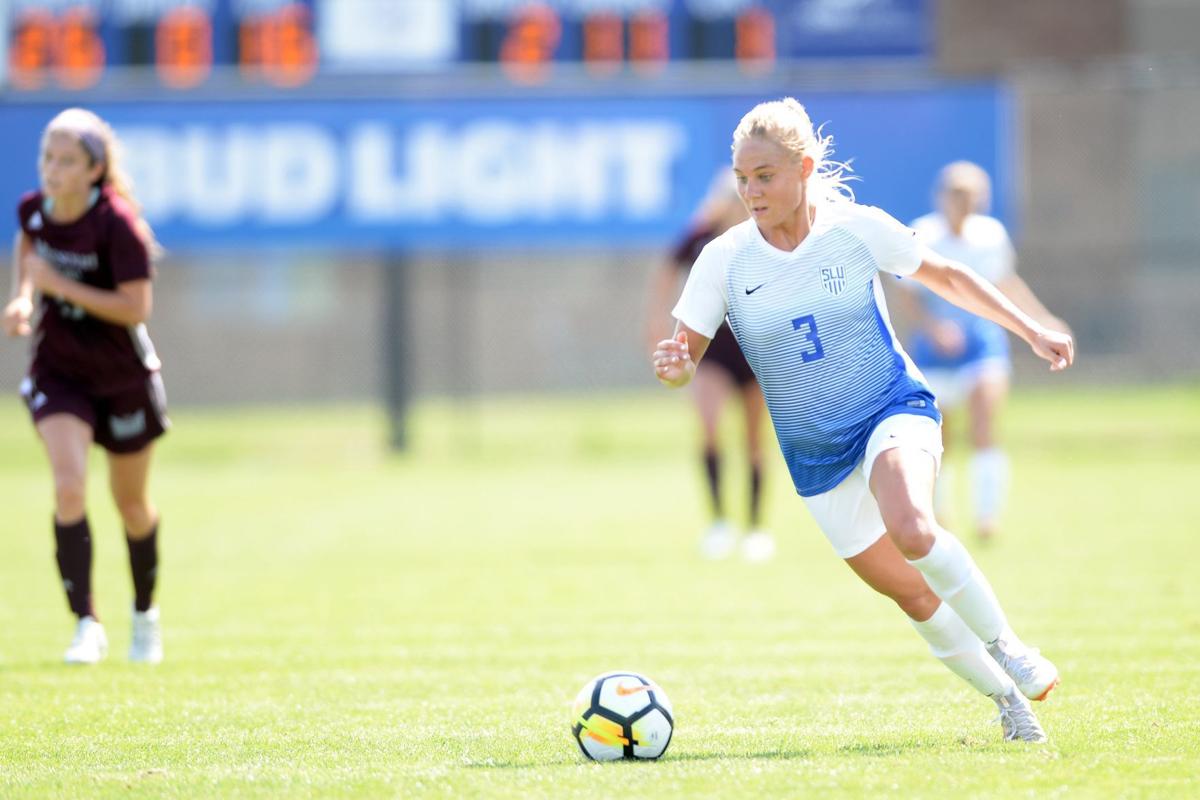 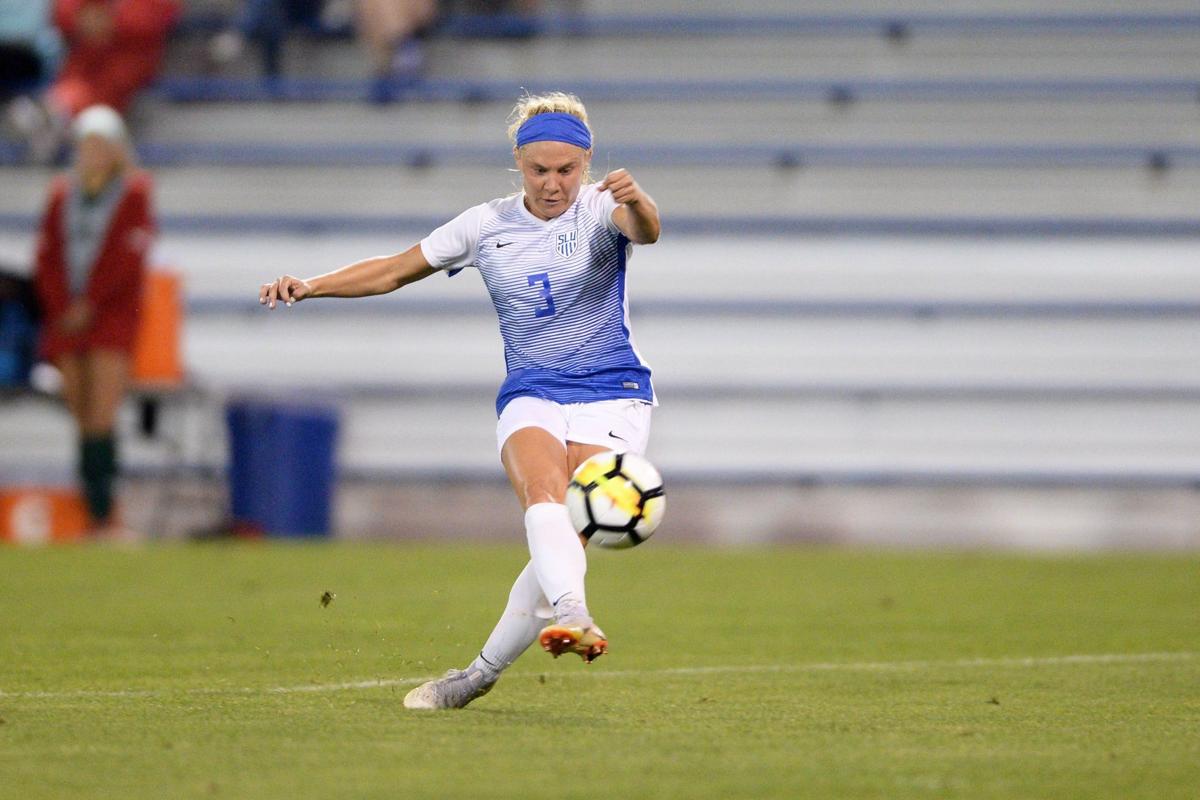 Maddie Pokorny is living a dream, playing professional soccer in Denmark. But she’s also dealing with some family challenges.

On her way to Denmark while traveling out of the country for the first time, the 23-year-old from Webster Groves High and St. Louis University learned that her father, Don, had been admitted to the hospital after suffering a stroke and enduring a fall from his bicycle.

“He’s getting better every day, that’s the key right now,” Maddie said. “My sisters finally got in to see him on Wednesday — I’m very jealous of that — but I’ve been calling and talking to him as much as I can. It’s been tough at times, being away from him and my sisters and my family, but I went with my gut, I went with my heart and I think I did what my dad would want me to do.

Pokorny is off to a spectacular start with her new team, having picked up goals in her first and third games overseas and an assist in her second match with HB Koge of the Danish First Division.

“I probably should’ve scored in the second game, too,” she admitted. “It was tough at first, dealing with the jetlag and then adjusting to new teammates, but everyone here has been great. I see this as a special opportunity and I’m just trying to make the most of it.”

Pokorny said scoring in her first game with the new squad was a relief.

“The style of play here is a little different than I’m used to, but I feel like I’ve adjusted pretty quickly,” she said. “I had noticed that a defender used a scissors move a couple of times earlier in the game, so I was ready for it. I stole the ball, moved in from the left side and scored with a right-footed chip over the goalie. A month or so earlier, training with my dad on the practice field at SLU, we worked on that exact move. I know it sounds crazy, but it’s true.

A two-time Post-Dispatch All-Metro performer at Webster Groves, Pokorny helped the Statesmen finish third at state in Class 3 as a senior. She finished her career there with 83 goals and 43 assists. She went on to a solid career with the Billikens, where she made starts in 80 of 82 games and came up with 24 goals and seven assists.

She wrapped up her college career among the program leaders in starts, games, shots, points and game-winning goals. In addition, she was named as a third-teamer on the recent Post-Dispatch All-Decade squad.

“Had the best pregame warmup of my career and got paid $300 for it,” she said. “But I didn’t get in the game. That level of soccer is so good and so intense. I just loved being a part of it.”

Pokorny’s time with the Red Stars helped create this summer’s opportunity in Denmark.

Red Stars head coach Rory Dames “invited some of us to the preseason workouts and I’ve talked to him after every game I’ve played in Denmark,” Pokorny said. “He’s been very supportive and has told me that I need professional game experience. The soccer here is very good. Right now, honestly, I’m just trying to focus on what I need to do here to help this team hopefully get a chance to play in the Champions League in August.

“I’m doing what I can to fit in by moving off the ball to create space for teammates and to hopefully continue to create scoring chances. I just want to do all I can to make the most of the opportunity.”

Obviously Pokorny was unavailable for last weekend’s “Walk for Don” that drew a huge crowd of supporters in Webster Groves, but sisters Abbey and Mallory made sure she was not forgotten.

“They carried a fathead of my face and made sure it was in plenty of photos,” she said, chuckling. In addition, her sisters forwarded a few of the “Walk for Don” T-shirts to her teammates in Denmark. “That was a nice surprise,” Maddie said.

A key Russian Premier League soccer match has come under scrutiny, after a top club was forced to field its youth squad when its entire first …

Early this month, the club renamed itself as the TG Lions Academy.