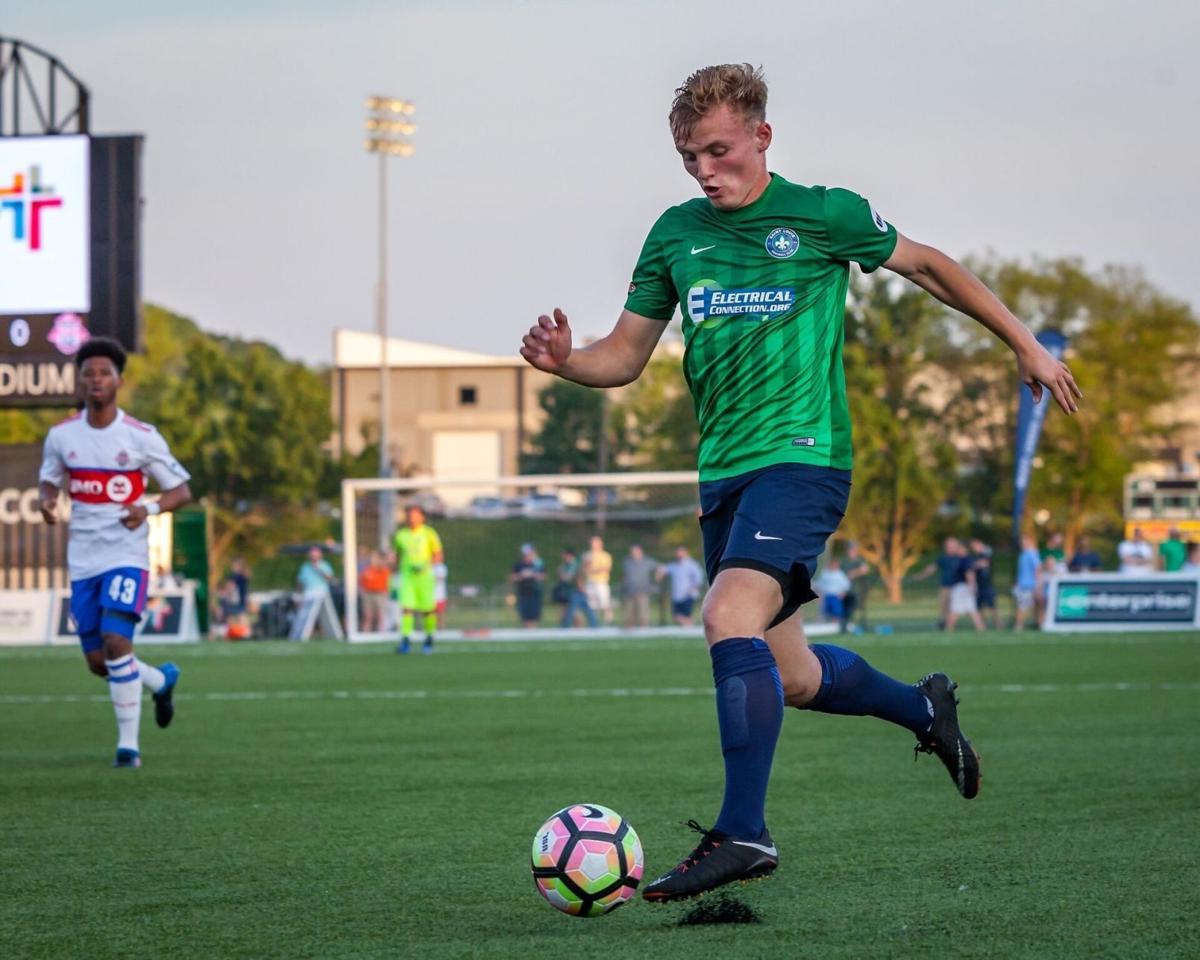 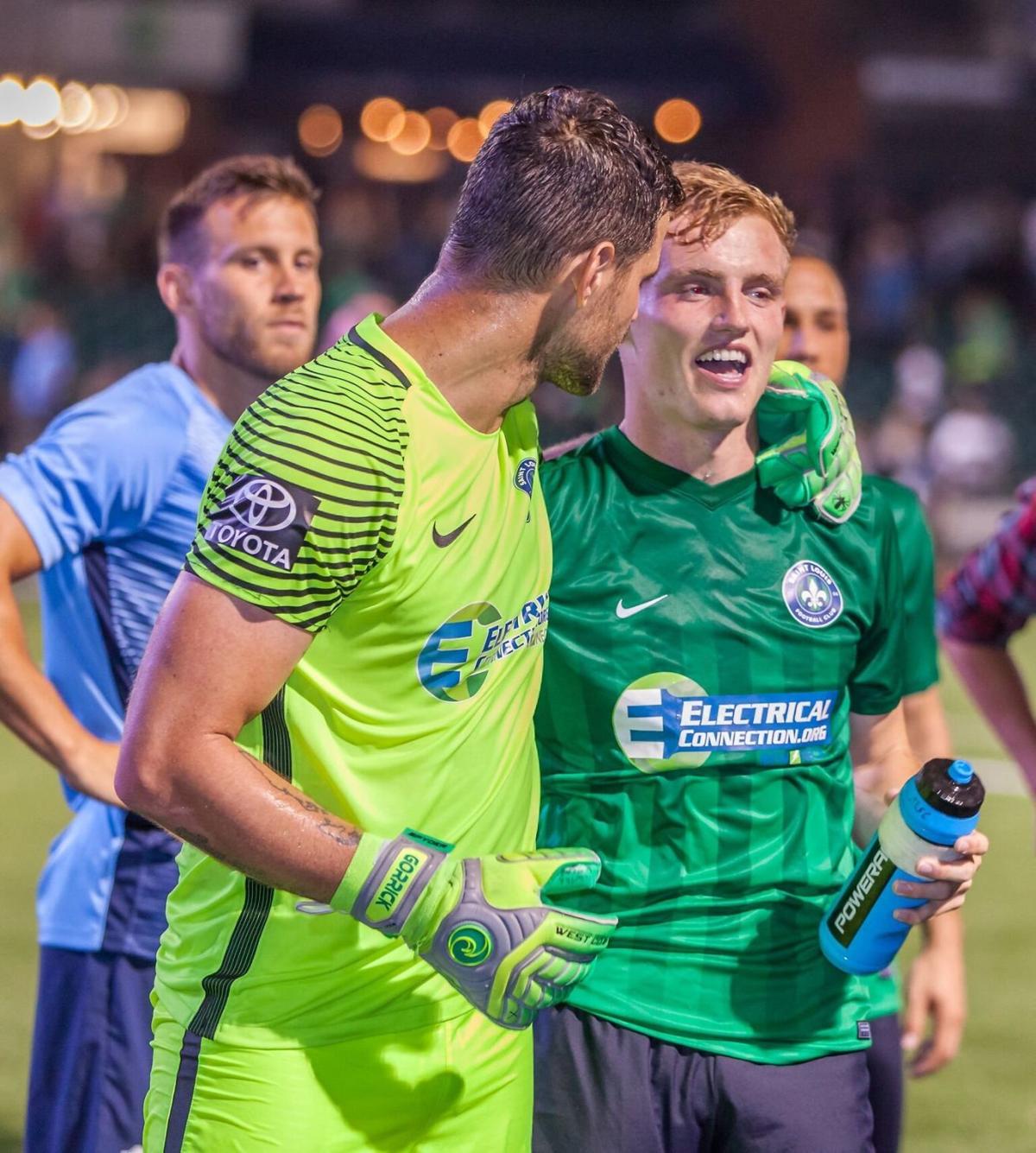 Aedan Stanley is a young man with options.

Stanley, who celebrated his 21st birthday in December, was recently selected with the 21st overall pick in the MLS SuperDraft by Austin FC, an expansion team that will begin play this season. He was that team’s third first-round selection, following No. 1 overall pick midfielder Daniel Pereira from Virginia Tech and No. 11 choice Freddy Kleemann, a defender from the University of Washington.

Stanley, a wing defender who played for Duke University in 2018 and 2019, signed a contract with Sporting KC II of the United Soccer League Championship just a few days before being drafted by Austin FC.

“I didn’t know I’d be drafted,” said Stanley, a former St. Louis Scott Gallagher standout who attended Columbia High but did not play soccer there. “As you know, in the MLS, being drafted doesn’t mean you’re going to be signed or make the team. No matter what, I still have to prove myself to the coaching staff in Austin and that’s a challenge I’m looking forward to. Playing in the MLS, that’s always been a goal and I plan on doing whatever’s necessary to make that happen.

“Everything at the pro level is quicker and I’m hopeful that I can make the transition and show that I’m ready to play at that next level.”

And if the 6-foot, 170-pound Stanley isn’t ready, he’ll continue to work on his game with Sporting KC II.

“At this level, it’s all about playing quick and keeping your composure in high-level pressure situations,” he said. “I’m fortunate to have played at a high level throughout my career. Hopefully that experience pays off for me during tryouts later in the month.”

MLS training camps will open in late February. An official MLS schedule for 2021 has not yet been released but league play is expected to begin in early March.

“This is something I’ve been working toward and I’m excited to be getting a chance to show what I can do,” Stanley said. “From what I understand, Austin has put together a talented group of guys and a great staff with (former U.S. standouts) Claudio Reyna as club sporting director and Josh Wolff as head coach. I’ve seen some pictures of the new training facility and new stadium and they’re stunning.

“I remember playing some national youth events in Texas, but I’ve never been to Austin. I’m really excited.”

Stanley credits the coaches from his youth soccer days — Jay Stremlau, Ryan Haman and Kevin Simpson early with the Busch Soccer Club and current St. Louis U. coach Kevin Kalish, Kip Thompson and John Boyer from his years with St. Louis Scott Gallagher — for setting the foundation for his soccer career.

Before his time at Duke, Stanley signed a semi-pro contract and played in parts of three seasons with now-defunct St. Louis FC of the USL. After seeing action as a reserve in a late-season match in 2016, he made six starts in 2017 and played in 11 games while making 10 starts in 2018.

“Getting the chance to train and to play with STLFC had a huge impact on my career,” Stanley said. “As young players, we were tested by training with and going up against professionals every day. We were forced to mature on and off the field and I feel that definitely helped me once I got to Duke.”

With the Blue Devils, Stanley started all 20 games as a freshman and led all field players in minutes played. He was named the All-ACC Freshman Team and was named to the academic honor roll. As a sophomore in 2019, he started all 17 matches and again earned all-academic honors.

“I enjoyed my time at Duke and the decision to leave was a tough one,” said Stanley, noting that he plans to return to Duke to finish off his education. “The education, the soccer, the environment, the people I met, my time at Duke was amazing. But at that point, I felt that I needed to pursue my career as a soccer player.”

Last summer, Stanley spent a difficult and COVID-impacted season with the Portland Timbers 2 of the USL Championship.

“Last summer was crazy, for me and for most people; at this point, I think we’re all just looking for a little bit of normalcy,” Stanley said. “At one point last summer, Portland had the worst air quality in the entire world, which meant we were training indoors. It was such a strange time. But I’ve always believed that things happen for a reason and last summer, as tough as it was, helped me grow on and off the soccer field.

“I’d never want to go through anything like that again, but I feel like that whole experience helped me.”

While main team won't enter league until 2023, roster of mostly young players will start play in 2022.

St. Louis City SC has taken advantage of the pushback of its MLS starting date

Team was supposed to begin play in 2022, but the league moved it back because of COVID — meaning its stadium will be ready for club's first opening day.

U.S. women's soccer team has a shot at history, but those on the squad just want to win

Ladue's Sauerbrunn, the U.S. captain, says, "We just want to win everything and in doing that, we think we’re going to make history."

Soccer player collapsed during Euro game, 'was gone' before being resuscitated

Christian Ericksen was in stable condition at a Copenhagen hospital and had spoken to teammates via video link on Sunday, team officials said.

For Germany's soccer match vs. Hungary, Munich wanted to light its stadium in rainbow colors in protest of Hungarian legislation seen as anti-LGBT.

MLS may beckon, but St. Louisan Ream is enjoying the competition in England

Former St. Louis University standout is with the U.S. national team now for the final rounds of the CONCCAF Nations League.

The Women’s Premier Soccer League kicks off for area squads Fire & Ice and the Tony Glavin Soccer Club this weekend.