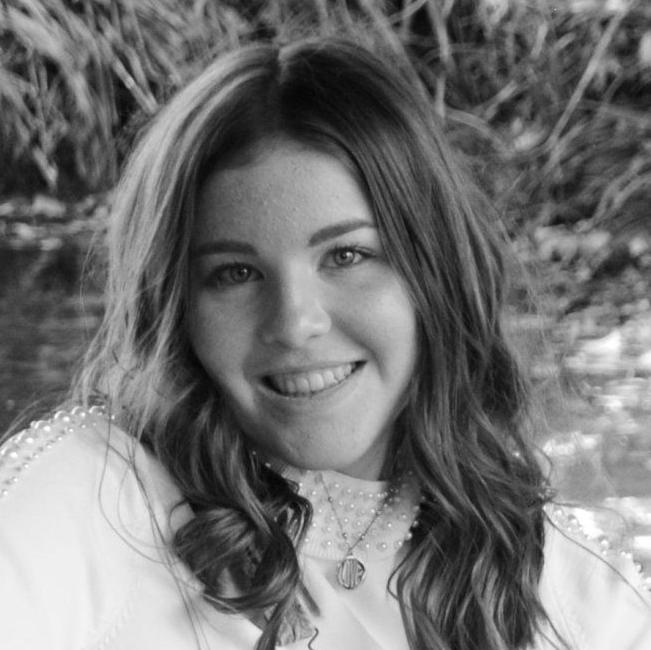 More specifically, it starts at the finish line.

The varsity cross country runner at Valmeyer High School had completed a race as a freshman four years ago. Her work for the day was done. She was free to go home, or anywhere else.

But what if she stayed? What if everyone stayed? What if, Morwick wondered, the race’s very last runners to cross the finish line, the ones who had grown used to only being greeted by their coach and perhaps a dedicated parent or two, discovered something entirely different? What if the race’s stragglers were met with the kind of enthusiasm and encouragement usually reserved for the fastest? Wouldn’t that be something?

Morwick thought so. So, she waited. For the runners who came in after her. For her entire high school cross country career.

The competitor became a supporter as soon as she crossed the finish line, encouraging every last peer with cheerful words and refreshing cups of cold water.

“As a runner, I know that people cheering for me as I cross the finish line gives me a final spurt of energy,” wrote Morwick in an essay about sportsmanship submitted to the St. Louis Sports Commission’s Carl Fricks Sportsmanship scholarship committee. “I don’t want any runner to miss out on that feeling.”

And because Morwick, who also is a co-captain and choreographer of her cheerleading team, is good at encouraging, she soon had company. Her Valmeyer cross country teammates started to wait at the finish line, too. Staying to support every runner became a tradition instead of departing when you were done. Every race’s afterparty had a destination, and it was the finish line, until everyone had finished.

“Katie made it our team thing,” wrote Valmeyer cross country coach Amber Stewart in a letter submitted to the Sports Commission. “I have been emailed by other coaches and parents in our conference commending my team on the sportsmanship they show toward other runners. Not only did Katie cheer for others at the meets, she was always cheering on her teammates at practices as well. She was definitely a team player, but showed respect for the sport to support any runner in cross country, which is something you do not see in every athlete.”

Morwick inspired her teammates. Valmeyer inspired other teams. Something special was off and running.

“I noticed parents and coaches would come over and thank us for staying,” Morwick said Sunday by phone, after she finished working her shift at — no joke — a sweets shop. “Other teams would stay and wait. So, we had even more people to cheer them on.”

Some of the most inspiring sports stories I hear every year arrive in an email about the Carl Fricks Sportsmanship scholarship winners. Since the Sports Commission’s young professionals group started the scholarship effort to honor the late Carl Fricks and his daughter, Holly Yoakum, the program has awarded more than $157,000 to close to 50 college-bound students. Some have been great athletes. All have been great young adults who made their teams, schools and communities a better place through their actions on playing surfaces in St. Louis and beyond.

In addition to Morwick, five others were rewarded for stellar sportsmanship:

• Parkway North High School’s Tal Dean, who is off to Truman State, didn’t let a concussion sustained on the soccer field stop him from rushing to attend to the opponent he collided with.

• Northwest High School’s Hayden Hatley (Missouri University of Science and Technology) showed leadership and maturity on the soccer field that earned him praise from an official.

• Fort Zumwalt East High School’s Jacob York (Monmouth College) gushed about a rival player to a recruiter — after he was involved in a play with that same player that resulted in an accidental injury to York.

“I didn’t think I was going to win,” Morwick said. “I put in my application the day before it was due. I remember thinking, ‘I’m not going to get it.’ But at least I know in my heart I know I tried, so I can sleep easy. I was shocked when I got it. The other winners seem super impressive, which makes me even more shocked. I’m honored.”

She won this year’s big prize, the top scholarship of $10,000. She’s headed to Olivet Nazarene University in Bourbonnais, Ill., to study multimedia communications. She’s planning on cheerleading and playing club volleyball there. She is confident her cross country tradition will continue.

“I told my teammates to keep it up,” Morwick said.

BenFred: If Darth Vader's Gators experience a disturbance in the force, can Mizzou take advantage?

You don't have to be a longtime Mizzou sports historian to know the Tigers better capitalize on Florida's down seasons. Could 2021 be one?