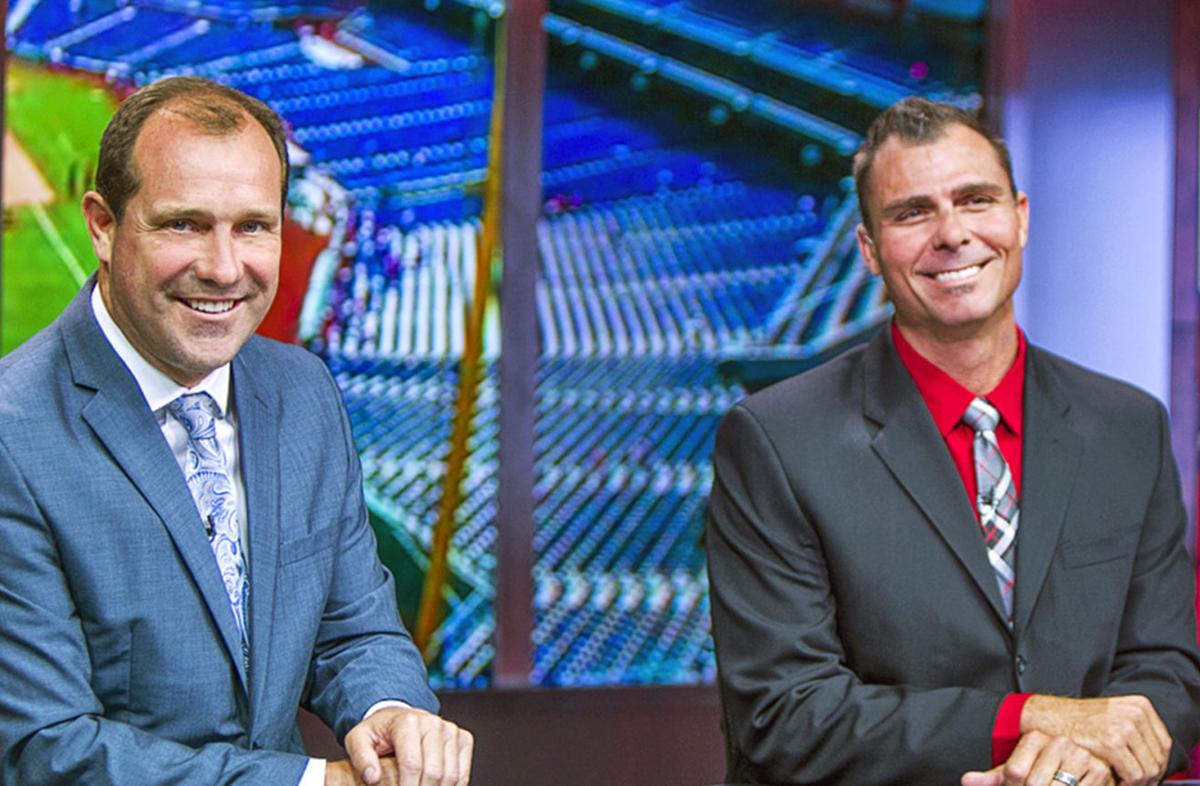 When arm problems derailed Rick Ankiel’s final attempt to be a big-leaguer again, two years ago at age 40, he returned to the broadcasting business. It was something he had been in for three seasons before stepping aside to take one last shot at resurrecting his unparalleled baseball career.

With the dream finally having been extinguished, Ankiel rejoined the rotation of analysts on Cardinals pre- and postgame shows on what now is Bally Sports Midwest. But he hoped for more. He wanted to be a game commentator on occasion, something he had done in spring training but never for a full regular-season game.

“Pre- and post- are cool and fun, but during the game I feel like you’re just kind of watching it instead of being part of it,” he said then, in 2019. “If you’re in the broadcast (booth), you’re in the game, you’re in the atmosphere, you’re more into everything. You’re into the whole game versus preparing to talk about what’s going to happen, or what already happened.”

He now has that chance. Ankiel is making his debut this weekend in the rotation of analysts who work with play-by-play broadcaster Dan McLaughlin, commentating on three of the four games in the Cards’ series at home against Cincinnati that began Thursday night. (He had a prior commitment Saturday — Brad Thompson will work instead.)

“I’m excited,” Ankiel said before making his debut Thursday. “Chapter 10 is better than Chapter 1. But you have to go through Chapter 1 first.”

Ankiel had multiple chapters on the playing field, including one that no other big leaguer ever has written — success first as a pitcher, then later as a position player.

He came up with the Cardinals as a hurler in 2000 and was second in National League rookie of the year voting after going 11-7 with a 3.50 earned-run average. But in his first postseason start, he threw five wild pitches in an inning after being staked to a 6-0 lead. He suddenly had developed the yips, or as he has described it, “the thing.”

He never was the same. He threw only 24 innings the following season, none in 2002 or ’03, then just 10 in 2004. His was done — as a pitcher, that is. He went to the minors and reinvented himself as a hitter, an outfielder, and in storybook fashion worked his way back to the Cardinals after a two-year absence from the majors. He spent seven more seasons in the big leagues, including stints with five other teams. He finished with 76 homer runs, 251 RBIs, a .240 batting average, a 13-10 pitching record and a 3,90 earned-run average. And he had a cannon of an arm from the outfield.

Before his feats, only one other big-leaguer had started 10 games as a pitcher and hit at least 50 homers in his career — a fellow named Babe Ruth. (Shohei Ohtani since also has done so.)

Ankiel still shares a bond with only Ruth. They are the only players to have started a postseason game as a pitcher and hit a postseason home run as a position player.

And Ankiel stands alone in another category. Ruth played the field on days he didn’t pitch. Ohtani now does the same, for the Angels. But Ankiel had separate stints, one as a pitcher and the other as an outfielder, never doing both in the same season.

He rightfully takes pride in his accomplishments. And Ohtani’s success underscores what Ankiel already proved.

Ankiel said his experiences allow him to bring “my unique perspective on playing both sides” to the booth.

“He’s very well-spoken and has a lot of energy,” Mago said. “You get enthusiasm with that guy.”

In fact, Mago said the plan was to work Ankiel into the booth rotation last year before the season was severely truncated because of the coronavirus pandemic.

That rotation also includes Rick Horton, Jim Edmonds and Thompson. Tim McCarver also has been part of the game-analyst roster since 2014, but opted out last year because of his doctor’s advice not to travel to St. Louis (from which the announcers also have been calling road games from a studio) during the pandemic. He also is out this season, and McCarver’s status for next season is uncertain.

“It’s not something we’ve talked about,” Mago said. “We don’t have a plan yet for next year.”

But what is certain is that Mago and company are high on Ankiel.

“We’ve already seen how he can talk about both” pitching and hitting, Mago said. “And he has colorful phrases.”

Mago pointed to a time that Ankiel said on the air, ‘You don’t want that whistling past you.’

“That’s somebody who has played the game, talking about the sound a pitcher hears” when a line drive goes by his head.

Had Ankiel’s comeback attempt not ended because of the arm problems, it probably would have been KO’d last year by the pandemic.

His frustration could have been even bigger had he progressed through that 2019 season to the point that he would have had a big-league shot last year — only to have it smothered by the severely curtained schedule.

“The season would have been disappointing,” Ankiel said. “It would have come down to probably not playing.

“I’m trying to have a positive stance,” about that situation, he added.

He now has positive development in his broadcasting career.

The assignments this weekend begin a 13-game in-booth schedule for Ankiel, who also is to end up with 33 appearances on pregame/postgame shows. But unlike the latter programs, which he has done from his home in Florida, he will be in St. Louis for his game-broadcasting work — whether at Busch Stadium when the Cards are at home or in a Ballpark Village studio when they are on the road.

The assignments this week bring Ankiel, who continues to coach his two kids’ baseball teams, back into a a big-league ballpark for the first time in nearly two years. Mago said that not only will being on hand make it more comfortable for Ankiel to adjust to his new role, but eliminates the possibility of technical problems that could arise from a remote feed.

And Ankiel is looking forward to working with McLaughlin.

“From all the interviews we’ve done ... I feel like I’m working with a friend,” he said.

McLaughlin is confident Ankiel will excel in his new role.

“I have had the chance to work with Rick during spring training games in the past and he’s sensational,” McLaughlin said. “He has the unique ability to talk about every facet of the game because he had so many roles when he played. It’s not often you can talk baseball with a guy that has truly done it all. So it’ll be great to be with him and draw those experiences out of him.

It is not outlandish to expect the Redbirds to field at least an average National League offense this season. So far, they have not.

Hummel: DeJong is a big concern, and the next two weeks are vital for the Cardinals

In his weekly chat the Hall of Fame reporter says there will be no significant breakup of the current club - yet.

Tigers have added ‘a level of toughness.’

Now, more than ever, the sputtering Cardinals must redouble their commitment to developing impact hitters.

Bring your Cards questions and comments to Monday’s live chat at 11 a.m.

Berube's expiration date? A lot depends on the quality of the Blues roster