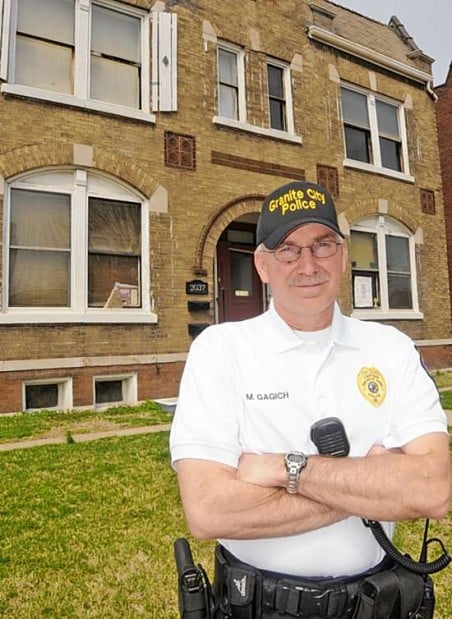 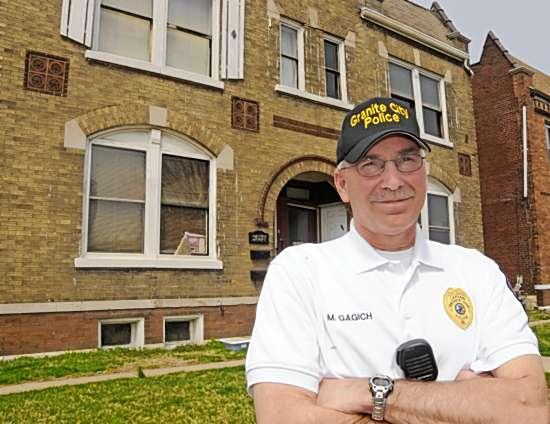 Here's a warning to Granite City landlords who haven't attended a required city seminar: Rent to a criminal and your business license is in jeopardy.

That's the stark consequence of a new city ordinance that forces all landlords to attend a course about their responsibilities under local laws. The rule - one of the strictest in the Metro East - grew out of problems with voluntary training courses the city has offered since late 2006.

The classes were meant to help lessors hear about how to make sure prospective renters aren't criminals, ensure tenant rights are met and follow rules on renting to registered sex offenders near schools.

But after more than three years, only about half of the city's 750 rental owners have attended the courses, frustrating officials.

The ordinance the City Council passed this month makes the four-hour seminar mandatory for landlords to get a business license, which all rental property owners must have to operate legally under Granite City laws. (The permits cost $50 for the first four units and $10 for each additional unit.)

The tougher rule goes into effect April 30 and applies to both apartment buildings and rented homes.

Police Capt. Mike Gagich said the strengthened policy is needed at a time when about 40 percent of residences in Granite City are leased.

"We have 550 known landlords, but we know there are others who rent on the sly, so they are not complying with our ordinances," he said.

If proprietors don't follow the process, they could lose their ability to rent in the city. It's also easier to evict those tenants breaking the law, Gagich said.

"I try to do the right thing and educate them on being good landlords and to take pride in their property," he said.

The city is one of the few St. Louis-area municipalities requiring the courses, although many register rental units within its boundaries. Some cities, such as Collinsville, offer voluntary landlord training.

Collinsville is also considering an ordinance requiring mandatory city walkthroughs of all rental units every three years. The inspections have been widely criticized by area rental property owners concerned about privacy rights and the Metro East Landlords Association.

Still, there are supporters of the more strict rules.

Melissa Gray, of Pontoon Beach, has been renting apartments for 15 years and said the training helps both lessors and tenants. "It benefits us all in the long run," said Gray, who has 30 properties in Granite City.

When she attended classes, Gray learned a lot about how to properly screen renters, something she didn't know much about before. It's really helped, she said.

"It keeps the bad element out. It also makes people take more responsibility. Some landlords get run out of the business by bad tenants," she said.

The city mails letters to landlords with problem buildings. Enough violations could allow the city to revoke the owner's business license. The owner, in turn, can appeal the findings.

Gagich said it comes down to improving the community one building at a time.

"Urban decay is like cancer and cancer is hard to stop," he said. "I'm trying to stabilize the community."

- Complete seminar no more than three months after receiving license

A fingerprint will be part of future efforts to ensure that Granite City residents aren't fleeced by disreputable out-of-town contractors.