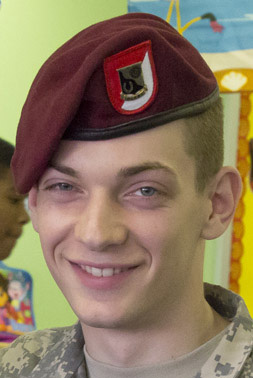 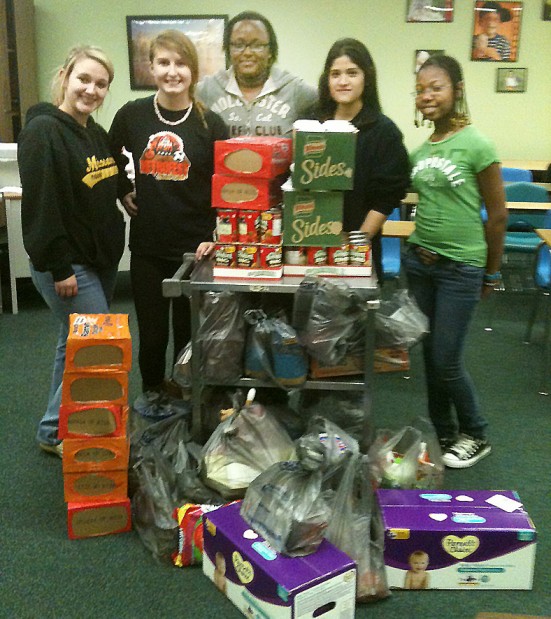 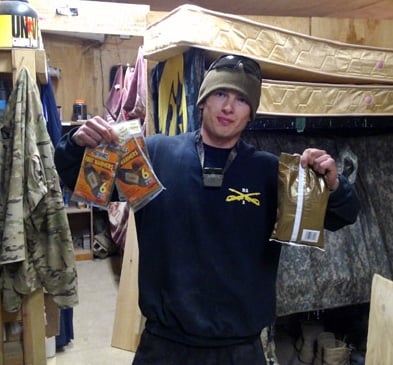 A U.S. soldier in Afghanistan shows off some hand warmers he received from Pattonville High students.

Pattonville students and staff frequently volunteer their time and efforts to help others, but it isn’t often that students get to see the fruits of their efforts in the hands of their beneficiaries. Recently, students and staff at Pattonville High School received evidence of the impact they had when they sent gifts to active military personnel during the holidays.

The Caring For Others Club at Pattonville High collected more than $750 in donations to purchase needed supplies and goodies for active military personnel abroad. The club sent a care package to Pattonville alumnus Ryan Stanley (Class of 2011), who is serving in Afghanistan. The club sent enough for Stanley to share with his unit of more than 30 soldiers. They also wrote and sent more than 200 letters and thank you cards to Stanley and his unit members.

Club sponsor Twila Harris recently received photos from Stanley and his unit, showing them displaying or using the gifts and letters Pattonville sent them.

A U.S. soldier in Afghanistan shows off some hand warmers he received from Pattonville High students.