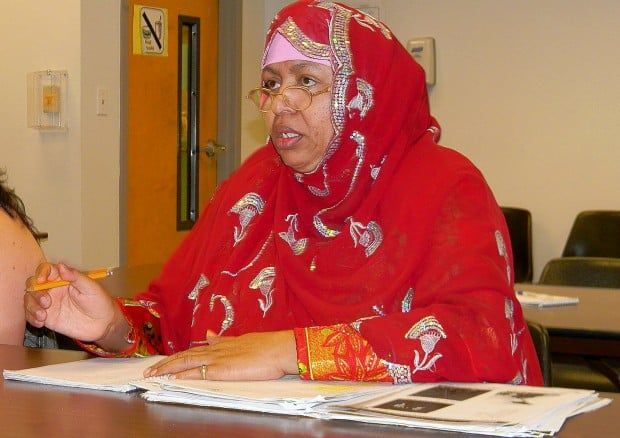 SARAH BARABA/ JOURNAL Asha Noorshe, of Somalia, takes notes during a citizenship class at the International Institute. The Institute offers a variety of classes and services to refugees resettling in the St. Louis region. 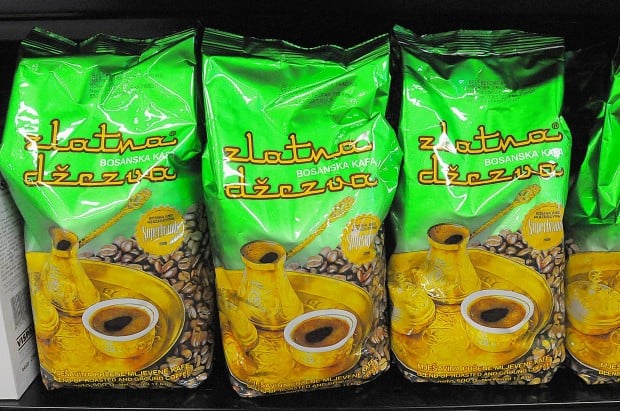 RICK GRAEFE / JOURNAL Zlatna Dzezva is a premium Bosnian coffee sold at Europa Market in Bevo Mill. A large number of Bosnia immigrants and refugees live in the area. 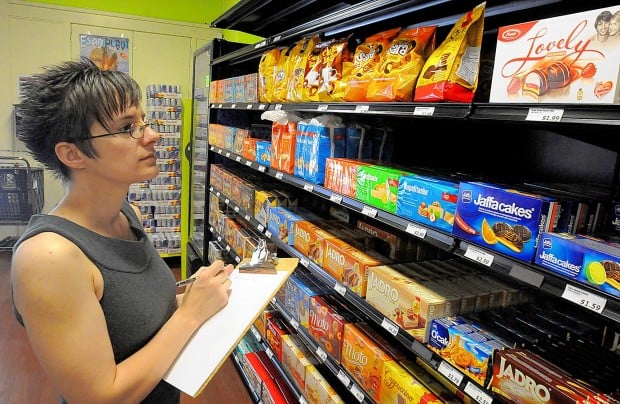 RICK GRAEFE / JOURNAL Fahreta Mesinovic takes stock of some of the items on the shelves at Europa Market. The market caters to the large international community living in and around the Bevo Mill neighborhood.

Alimatu Sesay came to the United States from a refugee camp in Sierra Leone in 2005. She spent 15 years there after her husband and both her parents were murdered in Liberia.

Seven years later, she's done all of that and is well on her way to becoming fluent in English and gaining citizenship through services she is receiving from the International Institute. The organization provides classes and resources to refugees resettling in St. Louis.

Recently, the International Institute sponsored its 20,000th refugee. Today, refugees are the single largest inflow of population into the city of St. Louis, said Anna Crosslin, the Institute's director.

Escaping persecution or violence in their homeland, refugees often arrive in St. Louis with little more than the clothes on their backs. Through financial and social assistance at organizations like the International Institute, their presence in St. Louis is strengthening the economic and social fabric of the city and surrounding communities. They've started businesses, are investing in their neighborhoods and have begun revitalizing areas of the region long ago established by foreign-born populations.

"If we didn't have the refugees, we might not be filling apartments that were vacant, or buying products from stores that are trying to survive with fewer residents in the city," Crosslin said. "It's a win for both the city and refugees. They are able to find a new home and make new lives. The city wins because of the economic and cultural value (refugees) bring."

The diversity of refugees arriving in St. Louis has increased over the past decade, Crosslin said. After Sept. 11, the U.S. changed its strategy of resettling refugees. Instead of directing thousands of refugees of one ethnicity to a city, the Department of State began filtering smaller numbers from a variety of countries. St. Louis has gained new populations from Bhutan, Nepal, Iraq, Cuba, Burma Somalia and Ethopia.

Currently, the largest refugee population in St. Louis is from Bosnia. Many of them fled the Eastern European country in the 1990s during the Bosnian War for Independence. More than 6,700 Bosnian refugees were settled in St. Louis by the International Institute, Crosslin said. She estimated around 2,000 others were sponsored by other organizations. There are more than 70,000 Bosnian immigrants and their children in St. Louis today — many centered in South City and South County.

"They've managed to revive quite a bit of housing and have contributed to commerce by rescuing properties and opening businesses," said Carol Howard, alderman of the 14th Ward, an area of South St. Louis many Bosnian immigrants call home. "It's been very positive."

A stretch of Gravois Road in Howard's ward is dotted with a medley of global restaurants, groceries and businesses. Since 1998, Crosslin said, refugees have opened or expanded nearly 300 small businesses in St. Louis. Those businesses have made an impact of more than $100 million on the region in the form of patronizing local suppliers, job creation, and spending profits in the community, Crosslin said.

"We have the largest population of school-aged children in the city," she said. "It's a good sign that people are investing in the community, that it's a good place to raise a family and is safe."

Bayless School District in South County is another settling ground for the international community. The district has seen its English Language Leaners program increase by more than 30 percent over the past decade. Around 37 percent of ELL students are Bosnian, Superintendent Maureen Clancy-May said. Nineteen different languages are spoken in the district of about 1,500 students.

Foreign families flocking to the area have helped the district gain resources.

"We found that in our recent tax levy, many of our parents became citizens in the last year or two and assisted greatly with the passage of the levy," Clancy-May said.

It was the first time in 11 years a levy in the district has passed.

Progress however, has not come without struggle, Howard said. Communication is still a hurdle in diverse communities.

"I think for a while the American community, with a misunderstanding, felt as though they were not welcome in (immigrant-owned) businesses," Howard said. "The language barrier is only heightened by people avoiding communication.

"Many times I have people that come to me and say that they don't understand. Well, there are many ways to make people understand."

Clancy-May said her district makes a conscious effort to bring on Bosnian, Croatian and Serbian staff.

"We want Bayless to reflect what Bayless looks like today, and tomorrow," she said.

With a "one-two-three," future homeowners, volunteers and St. Louis officials raised a wall Thursday on a new house under construction in the …

When Adela Cajic recently graduated from Affton High School, her mother became emotional remembering the past.

A new home: Refugees sponsored by the International Institute

Shop at an immigrant owned business. Find locations at www.iistl.org/pdf/immigrant_business.pdf

Refugees in St. Louis: By the numbers

11.2 million: Output in dollars by refugees who retained jobs in 2011

SARAH BARABA/ JOURNAL Asha Noorshe, of Somalia, takes notes during a citizenship class at the International Institute. The Institute offers a variety of classes and services to refugees resettling in the St. Louis region.

RICK GRAEFE / JOURNAL Zlatna Dzezva is a premium Bosnian coffee sold at Europa Market in Bevo Mill. A large number of Bosnia immigrants and refugees live in the area.

RICK GRAEFE / JOURNAL Fahreta Mesinovic takes stock of some of the items on the shelves at Europa Market. The market caters to the large international community living in and around the Bevo Mill neighborhood.