LONDON (AP) — The cobblestones are deserted at the Tower of London. A biting wind blows and there is no sign of life. Even the storied ravens are nowhere to be seen.

England’s top paid attraction, which normally draws more than 3 million visitors a year, has been closed for all but a dozen weeks since the pandemic began and international tourism to London came to an almost-complete standstill.

The quiet has been surreal for Amanda Clark, one of the Tower’s famous resident guards known as Yeoman Warders, or Beefeaters. The affable Clark, a retired sergeant major, lives for interacting with people: directing tourists, telling them stories, posing for their selfies. Before March 2020, she would have been doing that happily every day as crowds streamed into the attraction, also home to the Crown Jewels.

“It’s really quite extraordinary, how something so big and popular is just so quiet and empty,” said Clark, 46. “Don’t forget, we are classed as a prison. And these past few months have felt quite claustrophobic because there’s just been nobody here.”

After three national lockdowns, London’s tourist attractions and other hospitality businesses are making tentative plans to reopen in mid-May -- the earliest the government says international travel can resume. But deep uncertainty about COVID-19 remains. With quarantine requirements and travel restrictions still in place everywhere and Europe battling a new surge of infections, many are bracing for another bleak year.

For London’s tourism industry, which employs one in seven workers in the capital, the pandemic has been a body blow. With hotels, attractions and leisure shopping in a near-total shutdown, the industry’s contribution to London’s economy plunged from 15.7 billion pounds ($21.6 billion) in 2019 to just 3 billion pounds ($4.1 billion) in the past year, according to VisitBritain, the national tourism agency.

Even national treasures like the Tower of London have struggled. Historic Royal Palaces, a charity that runs the Tower and other heritage attractions, has said it expected a 100 million-pound ($137 million) shortfall because of COVID-19.

Many expect a slow recovery, particularly because London always has been reliant on international tourism. Over half of all consumer spending in the West End — home to the city center’s bustling shops, restaurants, pubs and theaters — typically comes from European and other overseas visitors.

In normal times, short-haul markets like European countries would generally be expected to recover faster than long-haul ones like the U.S. and Asia. But with the threat of coronavirus variants in Europe and the slow vaccine rollout on the continent, experts say tourists are highly unlikely to return in earnest until autumn.

“We can see that other countries, particularly our European neighbors who tend to be the biggest markets for us, we can see them going into third waves of COVID,” said Patricia Yates, director of strategy and communications at VisitBritain. “There is pent-up demand, people do want to come to Britain. But at the moment, that simply isn’t possible.”

Nationally, officials forecast inbound tourism to generate just over 6 billion pounds ($8.2 billion) this year, compared with more than 28 billion pounds ($38 billion) in 2019. Heathrow Airport has said it does not expect passenger flows to return to 2019 levels until around 2024.

A key question for the recovery this year is whether cumbersome quarantine rules can be eased and replaced by an efficient system of vaccine certificates for travelers, Yates added.

Stuart Procter, who manages the luxury Stafford Hotel near central London’s St. James’s Palace, would usually go on marketing trips to America, his core market. This year, he hasn’t bothered.

For many, planning a vacation to London now is impossible because there’s no certainty that big events like the two-week Wimbledon tennis championships in July can go ahead normally, he said.

“They’re not coming. There’s no activities. … There’s nothing open for them to come to,” Procter said. “We’ve missed our cream, we missed our summer. I don’t think we’ll see any green shoots until the fourth quarter, if I’m honest.”

In the longer term, industry experts are confident that leisure travel will bounce back and tourists will return to London eventually. The big unknown, however, is whether business travel will ever be the same again.

“I think there’s much more of a question mark on business travel. And, of course, that affects the cities most,” said Yates of VisitBritain. “You know, those big four- or five-star hotels in London absolutely need business travelers coming back again.”

Some attractions, including the Tower of London, are planning to focus on domestic visitors to recoup some losses. Laura Citron, CEO of London & Partners, which promotes business and investment in the capital, said one strategy is to market this year as the golden opportunity for Britons to enjoy its top attractions without the usual crowds.

“We’re very much focused, certainly through the spring and the early summer, on Londoners and people from the rest of the U.K. rediscovering the city,” Citron said.

That may be easier said than done. When restrictions eased last summer, many Britons flocked to coastal and rural destinations. Surveys have showed many remain wary of visiting a big city and using mass transit. London has always been proud of its public transportation network and how few people drive into the city, but that strength has become a weakness in the pandemic.

Some Londoners out on a recent weekend say that while they’ve enjoyed having the city to themselves, they're also keen to see it reopen to visitors soon.

“The usual tourist attractions, which are usually chock-a-block with people from outside of town, feel a little bit more accessible in a way that’s a bit unexpected,” said Ashleigh Muchatuta, 33.

“One of the things that makes London interesting is the fact it’s a melting pot, the variety of people that you can bump into and hear just walking through the city,” he added. “The things that attract people to the city are still going to be here and will outlast the pandemic, hopefully.”

Oxford, Ohio: A small university town with a lot to do

Forbes listed Oxford as the best college town in America in 2016 based largely on the town's affordability.. Oxford's a small town, with close to 7,000 year-round residents. Its numbers swell by 18,000 when Miami University students are in town.

Even today, after more than 200 years, historians know of only 14 burial sites of the 34 expedition members.

Will Travel Costs Change as Vaccines Roll Out?

The cost of travel will slowly rebound from historic lows as more people receive COVID-19 vaccinations and book long-deferred trips, according to industry experts. This time last year, air traffic… 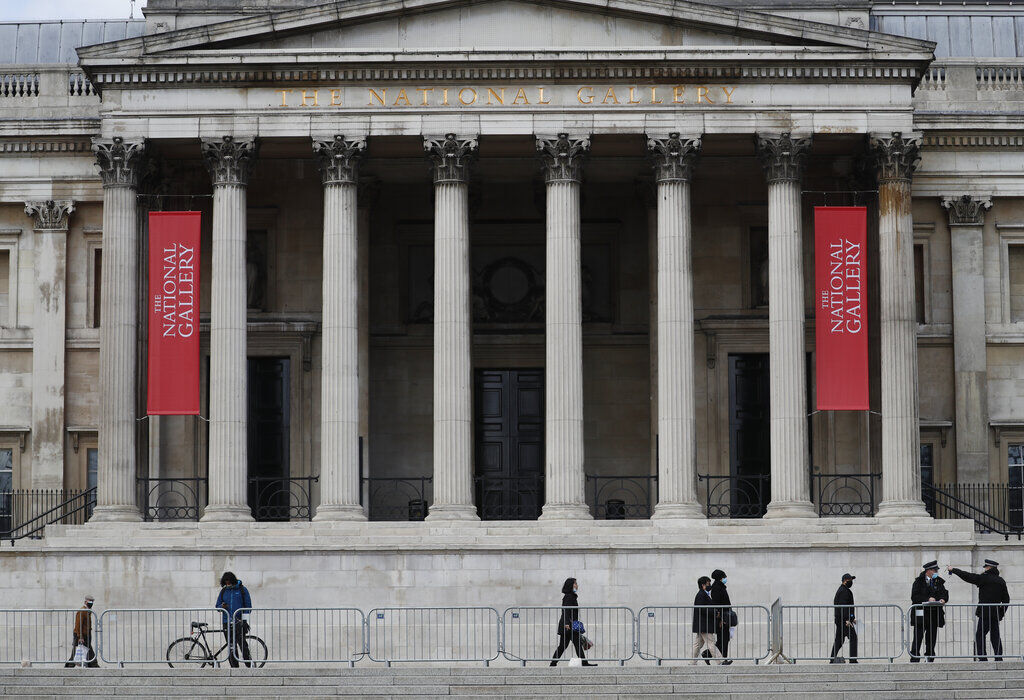 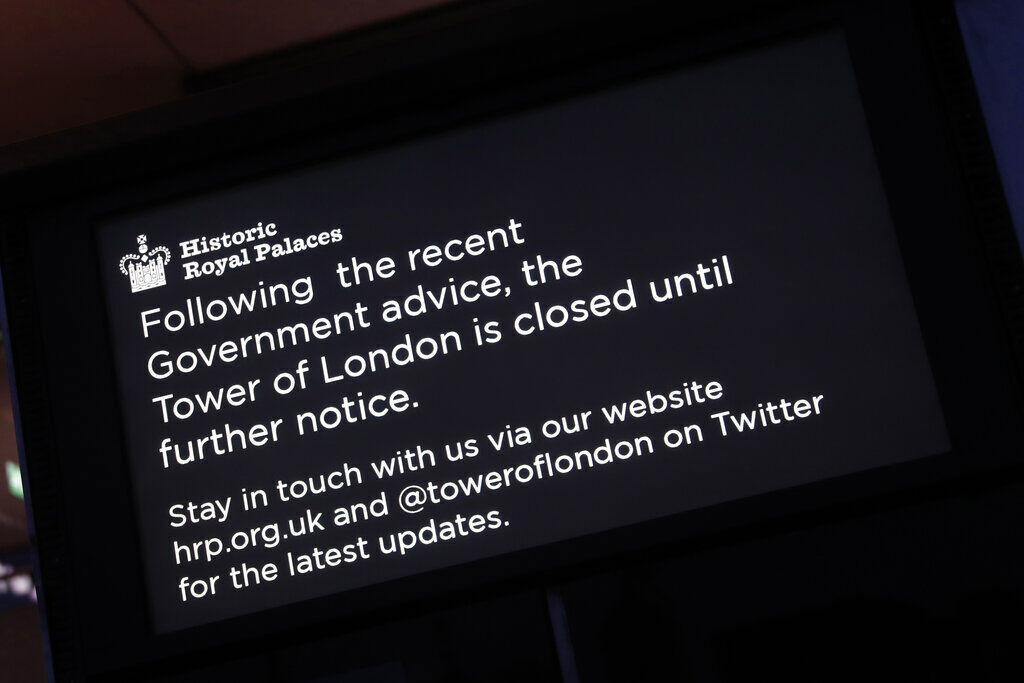 A sign that tells people the Tower of London is closed due to Government advice about the COVID-19 pandemic in London, Saturday, March 6, 2021. The pandemic has dealt a blow to London's tourism industry, which employs one in seven of the capital's workers. Even top attractions like the Tower of London have struggled as COVID-19 curtailed international tourism. (AP Photo/Alastair Grant) 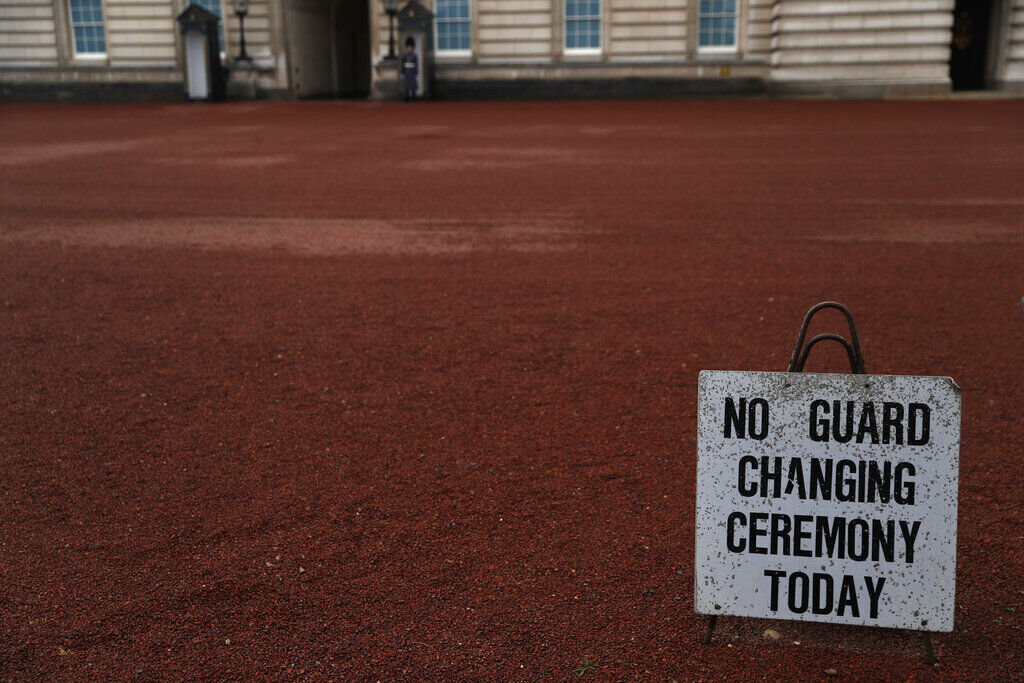 A sign placed in the courtyard of Buckingham Palace which says there is no Changing of the Guard ceremony, which has been halted due to the COVID-19 pandemic, in London, Thursday, March 25, 2021. After three national lockdowns, London's tourist attractions and other hospitality businesses are making tentative plans to reopen in mid-May -- the earliest the government says international travel can resume. (AP Photo/Alastair Grant) 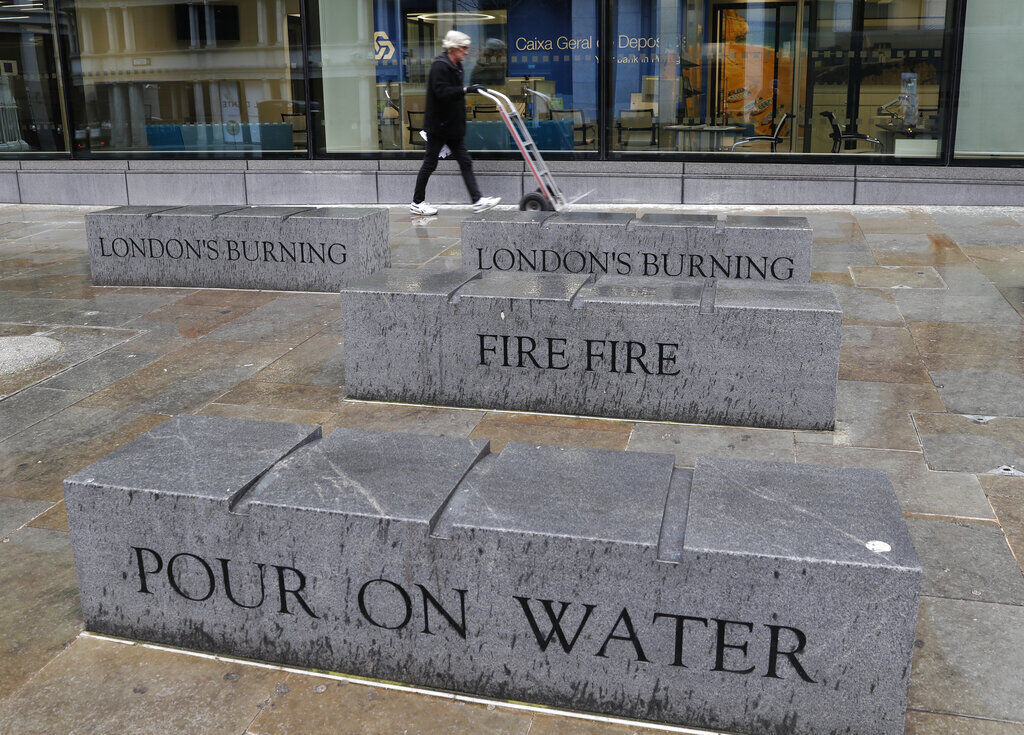 Words from a nursery rhyme written on the sides of stone benches at the base of The Monument built by Sir Christopher Wren to commemorate the Great Fire of London in London, Monday, March 15, 2021. (AP Photo/Alastair Grant)