BRANSON, Missouri — Brad Thomas needed “a little Christmas” in his heart and soul, and along with several thousand other people he got it during the opening of the Christmas season at Silver Dollar City.

The 1880s-themed amusement park in Branson opened its annual “An Old Time Christmas” on Nov. 7. The park’s tradition of parades, shows, food, rides, Christmas lights and music were there as usual.

However, the ongoing coronavirus pandemic has meant changes, and some of them are obvious — from the cancellation of two of the park’s biggest ongoing holiday theatrical performances for the year, to limited capacities and masking requirements.

Thomas, president of Silver Dollar City Attractions, said 2020 was supposed to be a “historic” year as the park celebrated its 60th anniversary.

“We anticipated just an incredibly historic year,” he said. “It was historic, it wasn’t what we planned, but we’ve been blessed.”

The Christmas season continues through Dec. 30, then the park will celebrate New Year’s Dec. 31-Jan. 2.

While almost everything was ready, he said they were putting on the finishing touches.

They start hanging Christmas lights in July, and eventually put up about 6.5 million. But much of the transformational work takes place over an approximately one-week period after the close of the fall season.

For Thomas, a major concern is the tree.

“For 25 years we’ve had a tree,” he said. “It (not working) is always my biggest fear. Things can just not work, it happens. A mic won’t work or a set of lights won’t work, but you can’t disguise that tree. For 25 years I just always get a little relieved and excited the first night I hear that tree perform.”

This will be the second year for the park’s new 80-foot tree, which replaced a 50-foot tree that had been there for about 10 years.

In addition to adding three stories to its holiday showpiece, improvements in technology mean each individual light is capable of millions of different hues and can be fully animated. The entire production is set to music.

“We’re excited about Christmas,” said Casey Robertson an Entertainment and Events manager at the park. “There’s all the stuff you’ve seen and experienced before and grown to love with your family, but there are some new experiences, too.”

One of those is a new Christmas show, “Cool Yule.”

All of the shows this year are outdoors, with 30 individual show times during the course of each day. However, the outdoor venues made it impossible to stage the two biggest and longest running productions, “It’s a Wonderful Life” and “A Dickens Christmas Carol.”

Instead, the park has added a new musical show, “Cool Yule,” in what is being called the “Christmas Plaza.”

A relatively new venue for the park, it is located off of the Grand Exposition area. It has also been used as “Pumpkin Plaza” during the fall Pumpkin Festival.

“Cool Yule” is based around ’40s- and ’50s-era jazz-style Christmas music.

The new show will share a stage with the long-standing saloon show, the “Frontier Fa-La-La Follies.” The saloon show will run in the afternoon, “Cool Yule” in the early evening.

Dave Wallace, the director and one of the stars of “Cool Yule,” said the show has a “big band” feel.

“The vibe and the feeling in this country right after the war (World War II) was such relief, and such vigor and joy and happiness,” he said. “People were ready to live a normal, peaceful life. We wanted to capture that vibe and that feel for people that remember it, and people that love the Christmas classic movies and those musicals that come from that area.”

Putting on outdoor performances, especially during the Christmas season, present a number of issues, ranging from microphones and lighting to keeping the actors warm.

“It’s been a challenge, but it’s been a fun challenge,” Robertson said. “But we’re still working, and a lot of our friends are not now.”

Another issue this year is the coronavirus itself.

“As performers, we are six feet apart at all times,” Rachel Wallace said. “As soon as we’re off that stage those masks come right on.”

Other shows have their own precautions.

Other shows, which traditionally include interaction with the audience, have been rewritten.

During the saloon show performers would sometimes mingle with the audience, sing to them, and would occasionally draw them up onstage.

“The audience just gets to sit back and relax, with no worry or panic of being drawn into the theatrics,” said St. Louis native Samantha Rodgers, a “dancing girl” with the saloon show.

Because of COVID-19 the park is limiting attendance.

On Saturdays and high attendance days the park has a reservation system through its website, and guests are encouraged to use it. Thomas said single-ticket purchasers will be automatically registered, but season ticket holders need to make reservations.

For the most part attendance has been down, in some cases dramatically, but Thomas said things have improved since the park’s mid-June opening.

Visitors must also go through a temperature screening, and once inside masks are required at all times except when eating.

Because of spacing requirements, some rides are also experiencing longer lines.

Branson gearing up for the holidays

The emphasis on the holidays began in the early 1990 and was seen as a way to extend the area’s tourism season, which tended to dry up after October.

During a normal year about 8 million people visit Branson annually, approximately 1.5 million for the Christmas season. This year, local tourism officials have said they expect attendance to be off by about 40%.

Despite that, large numbers showed up for the start of the Christmas season with live shows, shopping and other activities continuing to be big draws.

In addition to entertaining, lodging and feeding people comes naturally to Branson.

The city and surrounding area has thousands of hotel rooms, ranging from mom-and-pop motels offering three-day deals to high-end resorts that can cost hundreds per day. There are also campgrounds, condos and other alternatives. The main difference will be level of service and amenities.

Visitors have similar choices in restaurants. While Southern-style cooking may dominate, the choices range from familiar fast-food chains to unique high-end dining.

And while the Christmas season extends through the end of December, many shows, attractions, restaurants and hotels start to shut down in mid-December, so those wanting to see a specific show or attraction need to pay close attention to schedules.

Because many shows are limiting attendance, sometimes to one-third the normal number of seats, calling in advance is especially important this year.

Bring it on home: Spain

Who and where • From left: Jim and Irene Hirschfield of St. Louis and Paula and Jerry Kaye of Wilmette, Illinois, at the General Life Gardens …

What do I want most for Christmas?

We want to see the great shots from your last vacation.

When Tim Frye retired from his job as a project manager in 2017, he envisioned traveling the U.S. in an RV with his fiancée. But not long after spending about… 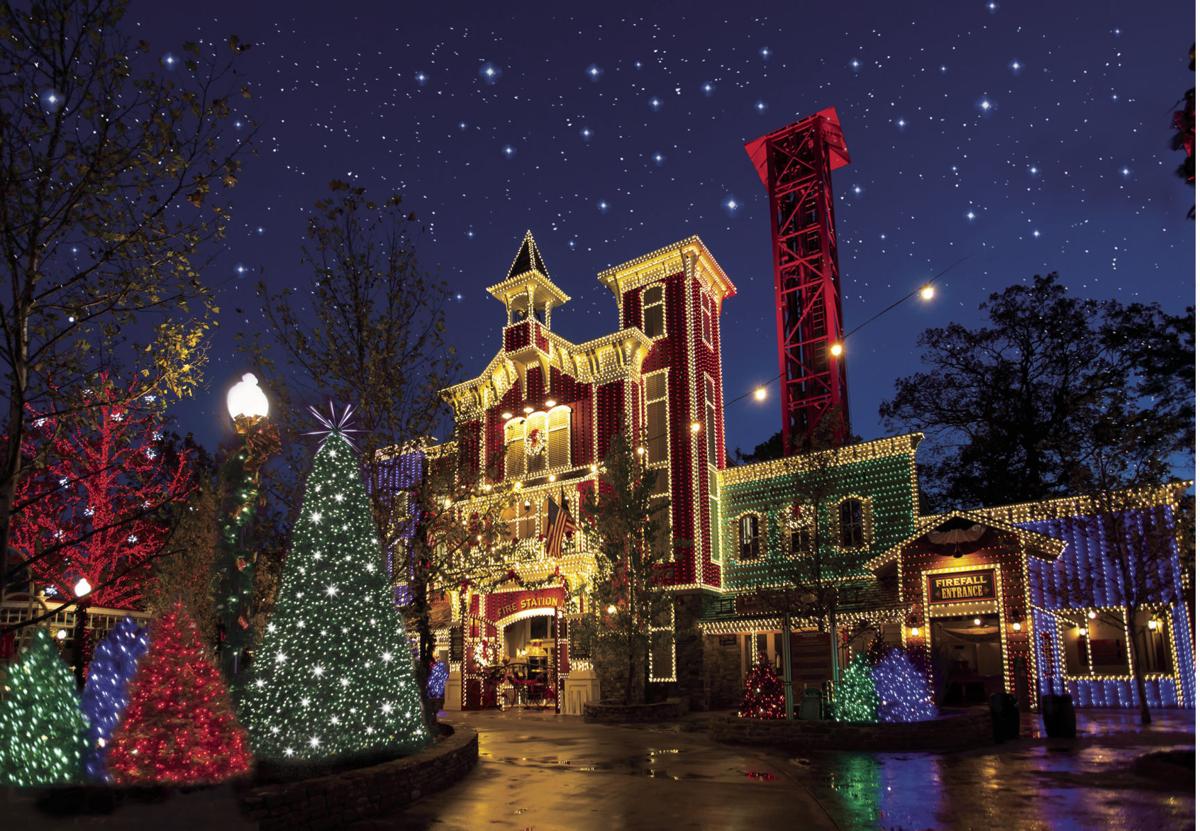 Fireman's Landing in Silver Dollar City lighted up for the holidays. 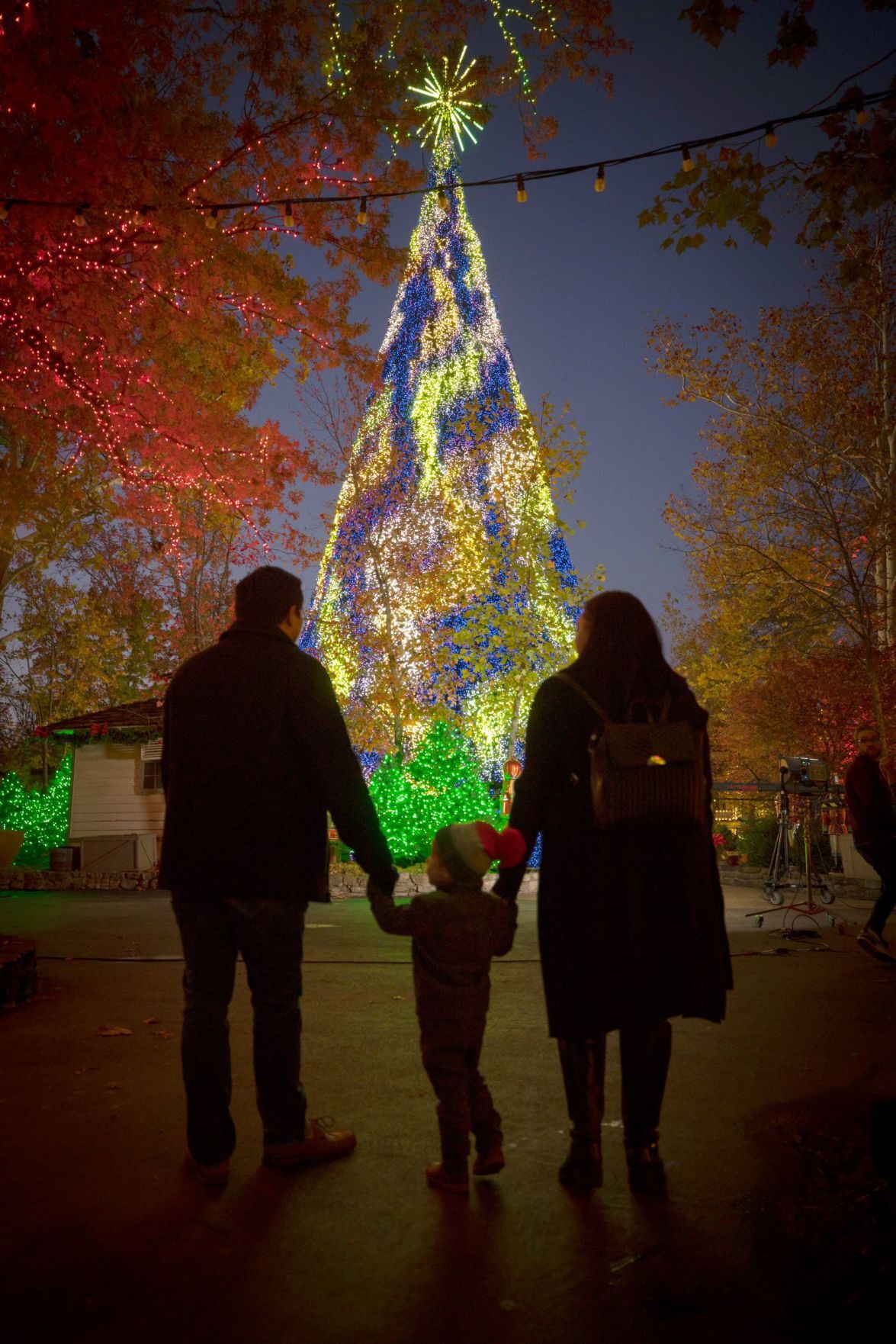 This will be the second year for the Silver Dollar City's 80-foot tree, which replaced a 50-foot tree that had been there for about 10 years.