Patagonia: The land of waterfalls, glaciers and mountains
0 comments
Share this
{{featured_button_text}}
1 of 4 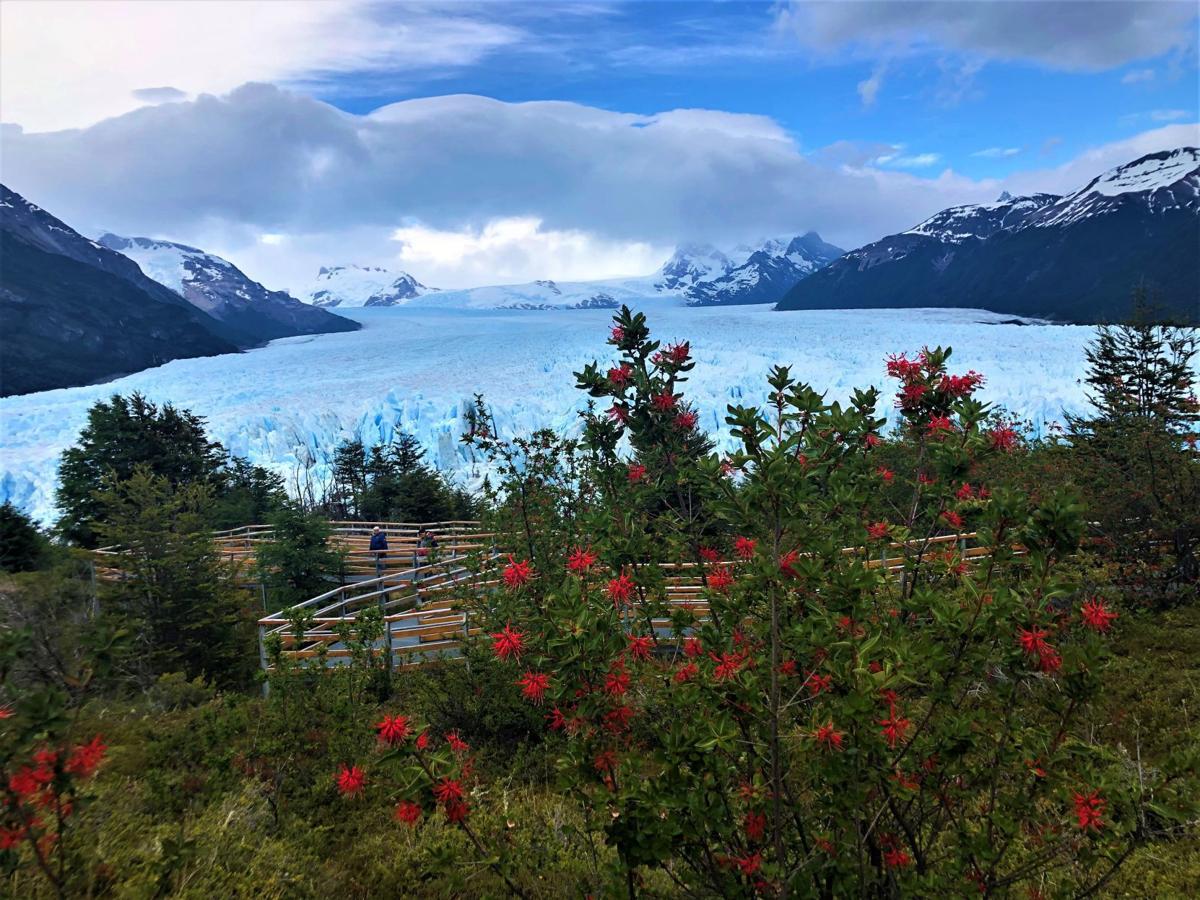 Spring flowers are in contrast to the ice flow of Perito Moreno Glacier. 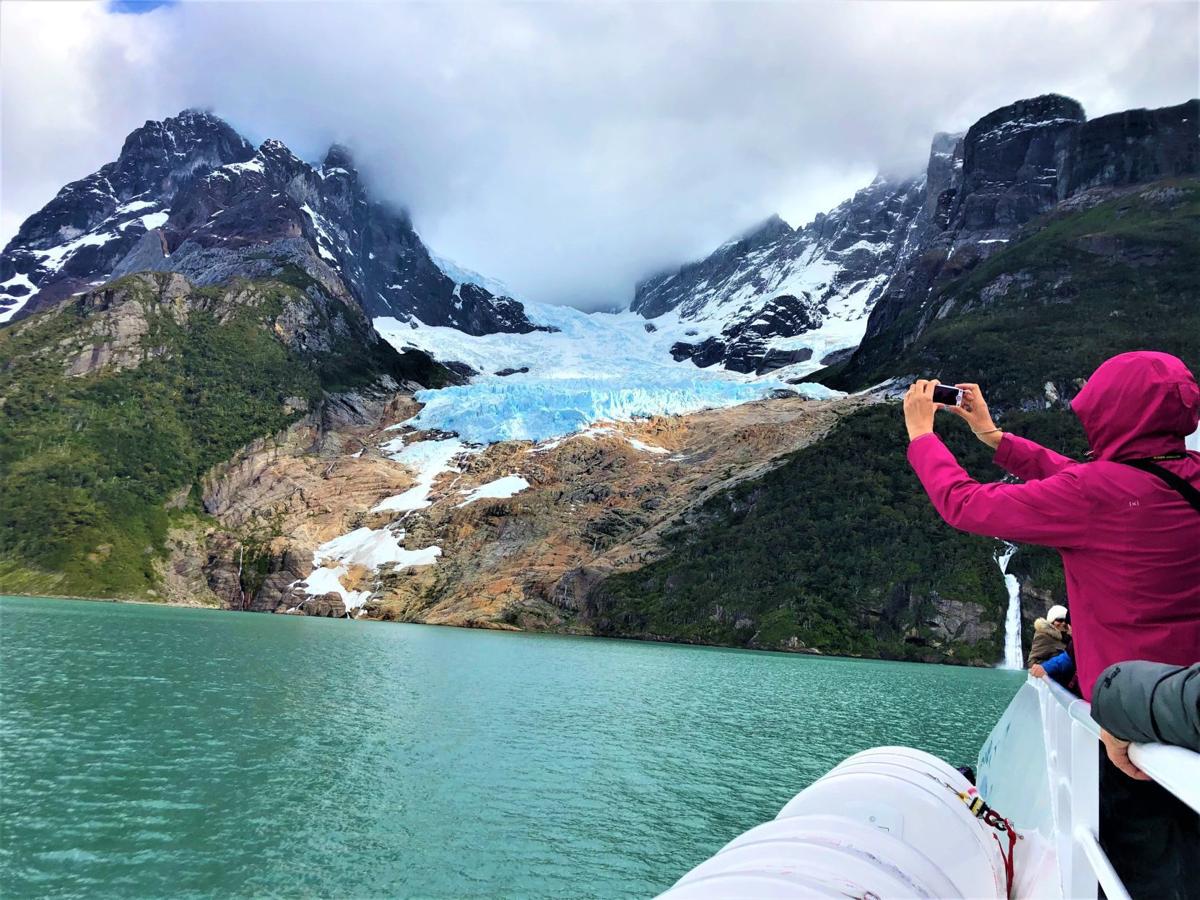 Sunlight turns the ice of the Balmaceda Glacier into a brilliant blue. 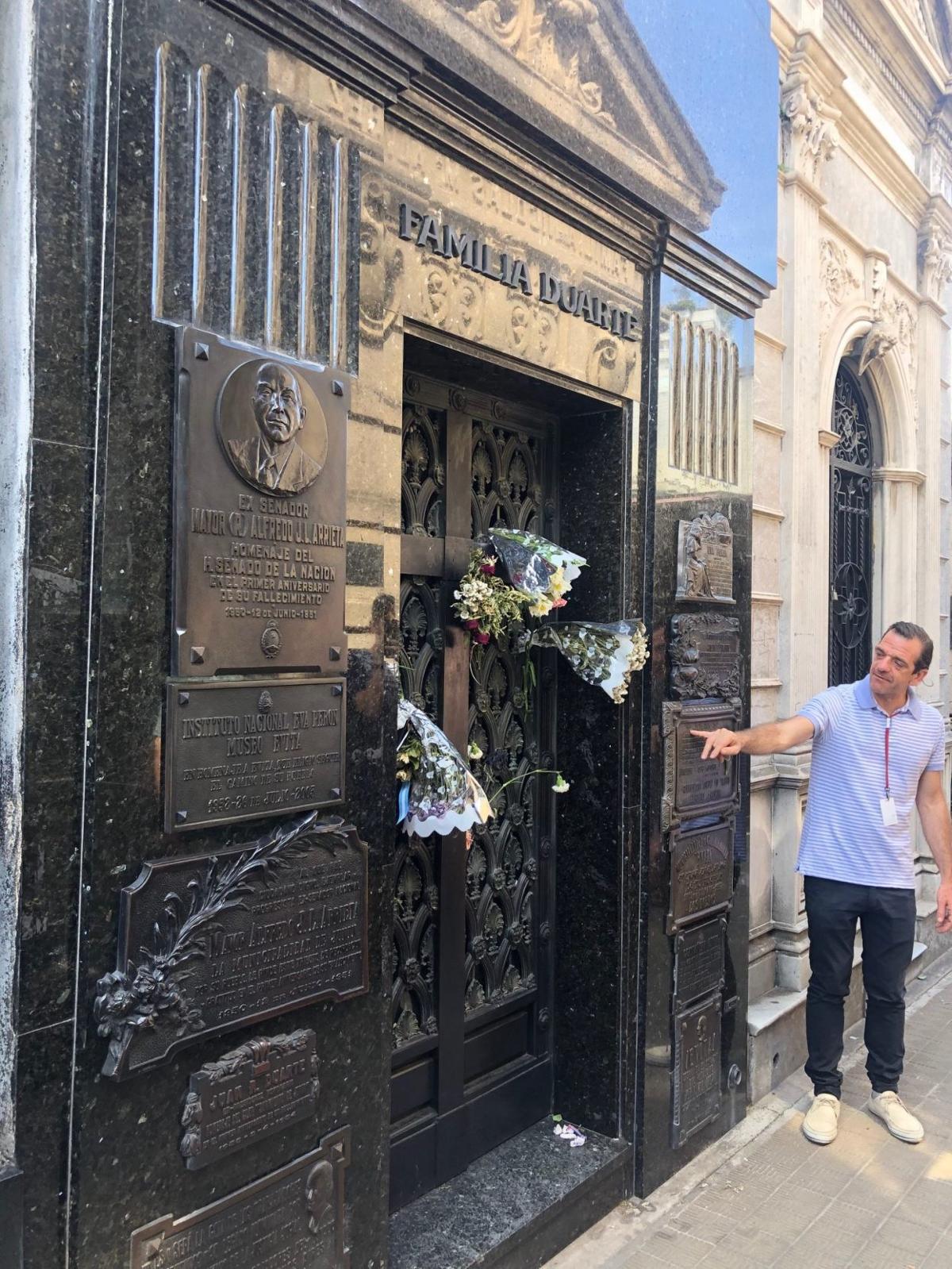 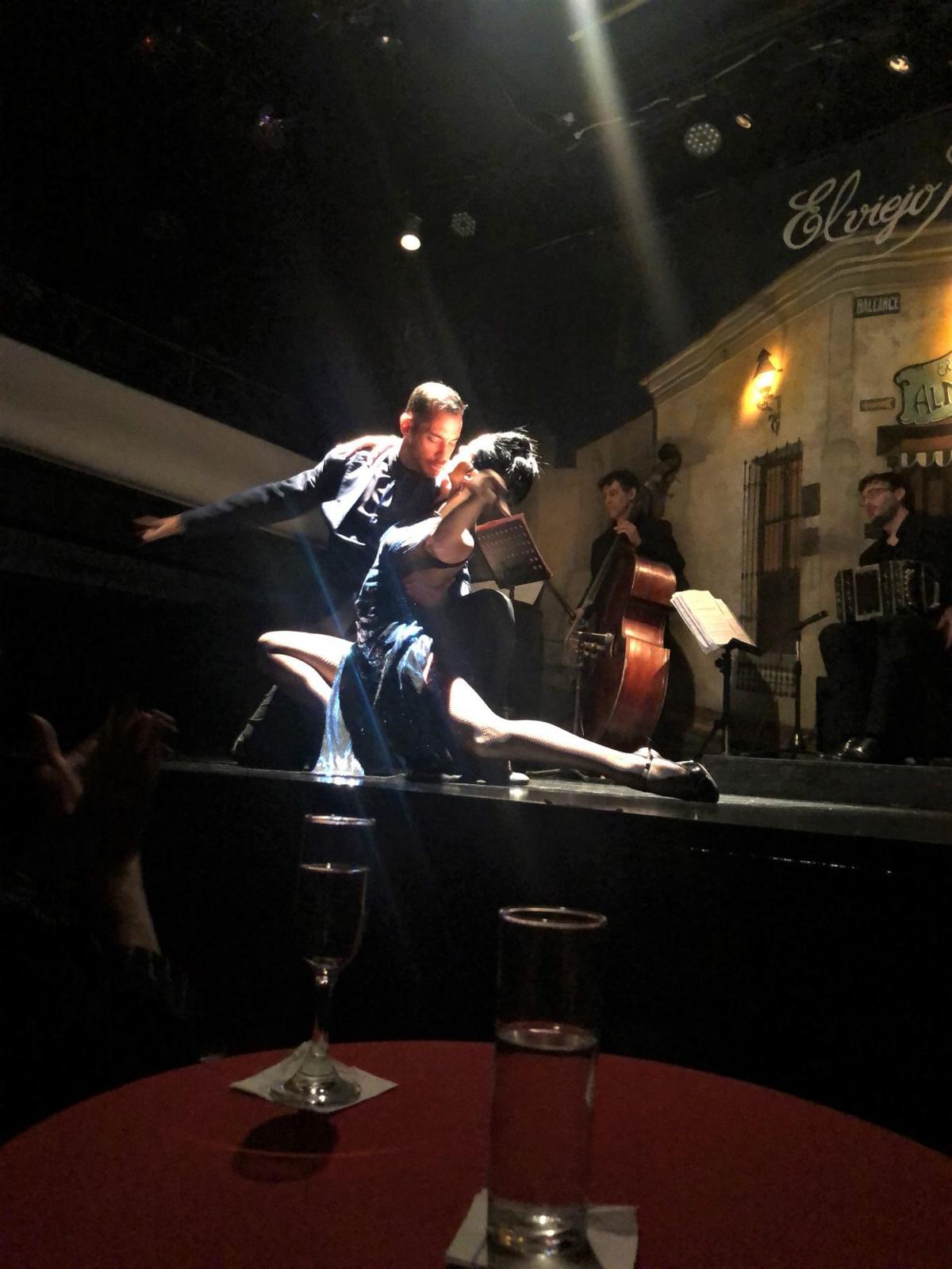 A tango performance at the El Viejo Almacen in Buenos Aires.

By Jim Winnerman Special to the Post-Dispatch

Arriving after an overnight flight from Miami into Santiago, Chile, for the start of a 13-day travel adventure to the Patagonia region of South America, the greeting by our smiling smarTours guide was welcoming, but ominous. “We call earthquakes our ‘national dance,’” Jorge Jorquerra informed us. “We average 2,000 a year due to several faults and tectonic plates in the area, but most are not noticeable.”

Thankfully, the day was uneventful, and we were able to enjoy a city tour of Santiago, which is surrounded by mountains and the largest metropolitan area in Chile with 6 million residents. (The nation itself has an unusual shape, stretching 2,653 miles in length, but only 217 miles across at its widest point.)

A notable highlight was the Cathedral of Santiago. Built between 1753 and 1799, the Baroque style church, festooned with ornaments, frescos and gilded columns, was impressive. It also displayed many cracks as a result of 267 years of shaking.

Nearby the Mercado Central was an immense conglomeration of vendor stalls under an Eiffel Tower-like, art deco, wrought-iron canopy erected in 1872. Hundreds of vendors were chopping, gutting, weighing and wrapping all kinds of weird and sometimes identifiable fish. It was a memorable experience of smells, sights and slippery floors in what National Geographic has described as one of the top 10 food markets in the world.

The next day we flew to the small southern Chilean town of Punta Arenas, on the Strait of Magellan (and a popular starting port for cruises to Antarctica). We were met by native Patricia Estivill, our smarTours guide for the Patagonia portion of the trip. “Nature rules in Patagonia,” she said. The region, known for the unusual wildlife and dramatic scenery, encompasses the southernmost tip of South America in both Argentina and Chile, with the Andes Mountains the dividing line.

We were not disappointed. An hour boat ride took us to remote Magdalena Island where we spent several hours walking among a colony of Magellanic penguins, dodging nests of eggs among birds that showed no fear of humans. Standing about 2 feet, they are the largest of the warm-weather penguins.

Soaring Andean condors were reason for several impromptu roadside stops. With a wingspan of almost 11 feet, it is the largest flying bird in the world and the national bird of Chile.

Puerto Natales, Chile, was the embarkation point for several trips to glaciers high in the Andes, or as Estivill described them, “white nature.”

A boat ride to the Serrano Glacier in O’Higgins National Park was sadly notable for the fact it has receded by seven miles over the last 50 years. It was reached via a path with poles alongside marking the retreat in 10-year increments. Nonetheless, meandering down a mountainside valley, Serrano was immensely impressive.

A second daylong boat ride to Upsala Glacier navigated within 50 feet of 200-foot waterfalls cascading into the lake. Next, we passed the brilliant blue hanging Glacier Balmaceda, which ends hundreds of feet before reaching the water. Passing through a field of icebergs, we reached Upsala, rising majestically 400 feet above the level of the lake. On the return we enjoyed a choice of orange juice or whiskey, cooled by crystal clear chunks of glacier ice thousands of years old.

Traveling by motorcoach from Chile into Argentina through a remote border checkpoint high in the Andes, we entered the desolate grassland region of Patagonia, several times passing a gaucho on horseback. These nomadic cattle and sheepherders flourished from the mid-18th to the mid-19th century and remain national folk heroes, like the allure of cowboys in the United States.

At a roadside sign for the Chali-Aike estancia (ranch), smarTours had arranged a visit at the home of local sheep farmer Thomas Sanchez. The history of Chali-Aike dates to 1908 when family patriarch Juan Angus Martin emigrated from Scotland and purchased 2,000 sheep in Chile. Over the next two years he shepherded the flock over the Andes into Argentina, and to Chali-Aike.

Today the estancia is home to 4,000 sheep grazing on 50,000 acres. As our smarTours guide interpreted, Thomas told us he “owns the land as far as you can see in any direction.”

From the town of El Calafate, Argentina, we embarked on an excursion to see the brilliant blue Perito Moreno Glacier where it meets the turquoise glacial water of the Lago Argentino in Los Glaciares National Park. With a wall of ice rising 200 feet, this mass of ice stretches three miles across at its terminus, covers 121 square miles and is 20 miles long. While glaciers worldwide are retreating, Perito Moreno maintains a state of equilibrium, accumulating mass at a rate similar to its loss.

A steel grate catwalk parallels the face of Perito for two miles, offering different observation points while climbing into and out of the Patagonia forest as if it were a walkable zip line.

About every 10 minutes the glacier calved off sections of soon-to-be icebergs. A sound like a clap of thunder forewarned a chunk of ice was separating from the glacier, followed by the sound of the ice crashing into the lake with a frightening splash.

We stayed nearby in the small town of El Calafate, where the Glaciarium Museum presented the geology of the life of a glacier using models, dioramas and a three-dimensional documentary. Even the architecture of the museum’s façade is reminiscent of the face of a glacier.

More unique are several “ice bars” in El Calafate. The bar, glasses, tables, stools and walls are all solid ice. Coats and gloves are provided, but due to the extreme cold a visit can only last 30 minutes. However, admission includes an open bar.

That afternoon we visited Cueva Del Milodon Natural Monument, a wildlife area of caves and rugged terrain where, in 1895 the remains of a milodon were discovered. The tree sloth-looking animal had inhabited the area as recently as 10,000 years ago. A life-size replica at the monument revealed the animal was anything but sloth size, measuring 10 feet from nose to tail and weighing 2,000 pounds.

A three-hour flight from El Calafate took us to Buenos Aires, where smarTours guide Nicolas Patti surprised us with the knowledge the city had an enormous population of 16 million people. A city tour took us down wide, impressive avenues and past architecture that resembled major cities in Europe like Paris and Madrid.

The city is proud to be the home of Pope Francis, the first pope from any of the Americas. He was born there in 1936 in Flores, a Buenos Aires neighborhood.

The leading tourist attraction is the Recoleta Cemetery where more than 6,400 statued above-ground mausoleums are the final resting places for some of Argentina’s most celebrated citizens. Included among the labyrinth of side-by-side crypts laid out along narrow passageways are those of Eva Perón and several Argentinian presidents.

The tango originated in Buenos Aires, the result of the influences of native South Americans and African and European immigrants, and cozy cabarets throughout the city celebrate the dance with nightly performances.

Patti accompanied us to the El Viejo Almacen cabaret, where dancers, musicians and singers entertained us with a history of the dance (originally danced with two men) and a variety of creative tangos. With the men wearing fedoras tilted and almost covering their eyes, and the women in elegant dresses that hugged their bodies, the stern-faced couples ricocheted around the stage in elaborate, sensuous moves.

We left tired just from watching the invigorating performance. It was a good way to prepare for sleep on our overnight return to the United States.

The cave, the state’s second largest, was closed in 2010 to combat the spread of white nose syndrome

Our Features staffers share some of their favorite getaways within a 6(ish)-hour drive of St. Louis, in hopes of inspiring some of your own travels.

Bring it on home: Washington, D.C.

The Fountains of Bellagio still erupt with choreographed blasts of water. The Taco Bell Cantina still serves one of the best meal deals (and wedding venues) on the Strip. Most…

Now that people are getting vaccinated and starting to travel again, let's see those photos. Where are you going? Tell us about your trip.

Springfield, Illinois: Much to appreciate in the land of Lincoln

Travels with Amy: Even if you only go for the Abraham Lincoln Presidential Library and Museum, it is worth the trip.

The town of Lucas, Kansas, offers even more quirky experiences than just using a restroom inside a toilet.

With so many travel myths out there, it can be confusing to figure out what’s actually true or not. Whether you’re traveling for the first time or have many trips…

Bring it on home: Peru

Should You Pack Your COVID-19 Vaccine Card for Your Next Trip?

The case against packing your COVID-19 vaccination card It’s impossible to say for sure whether you’ll need proof of vaccination while traveling domestically within the U.S. Rules vary by state,…

Spring flowers are in contrast to the ice flow of Perito Moreno Glacier. 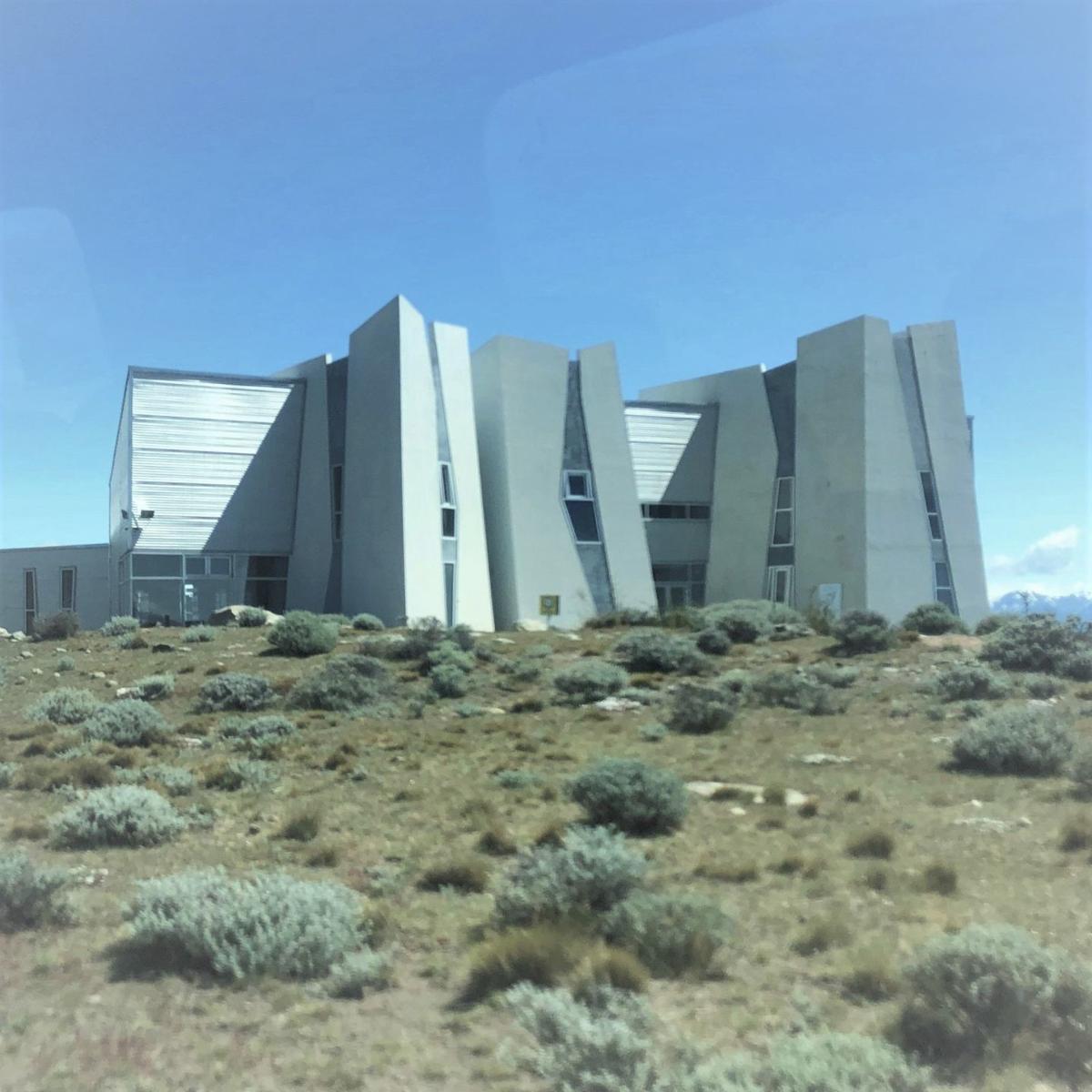 The Glaciarium Museum in El Calafate, Argentina, is devoted to the geology of glaciers. 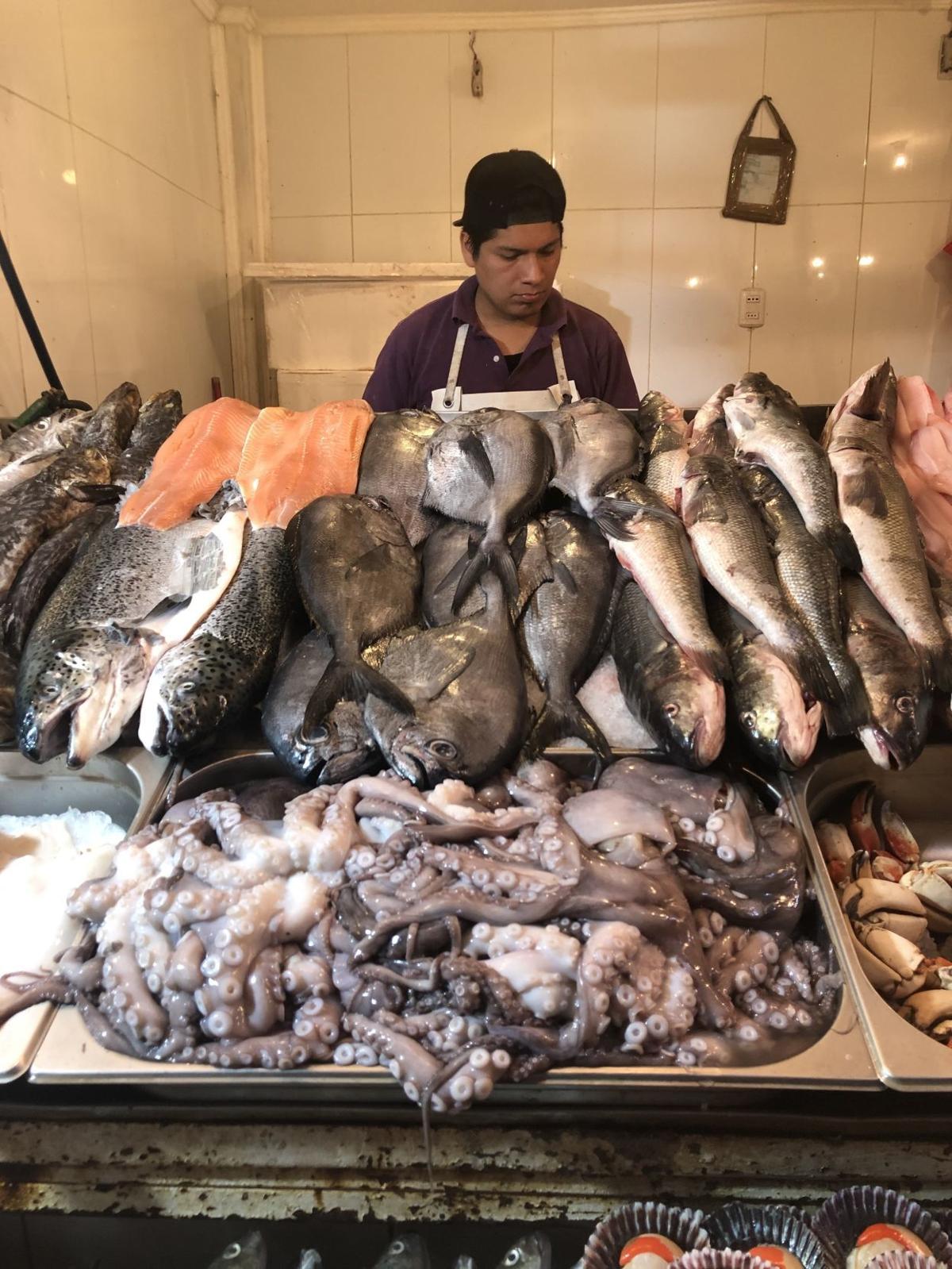 The Santiago Mercado Central is known as one of the top 10 food markets in the world. 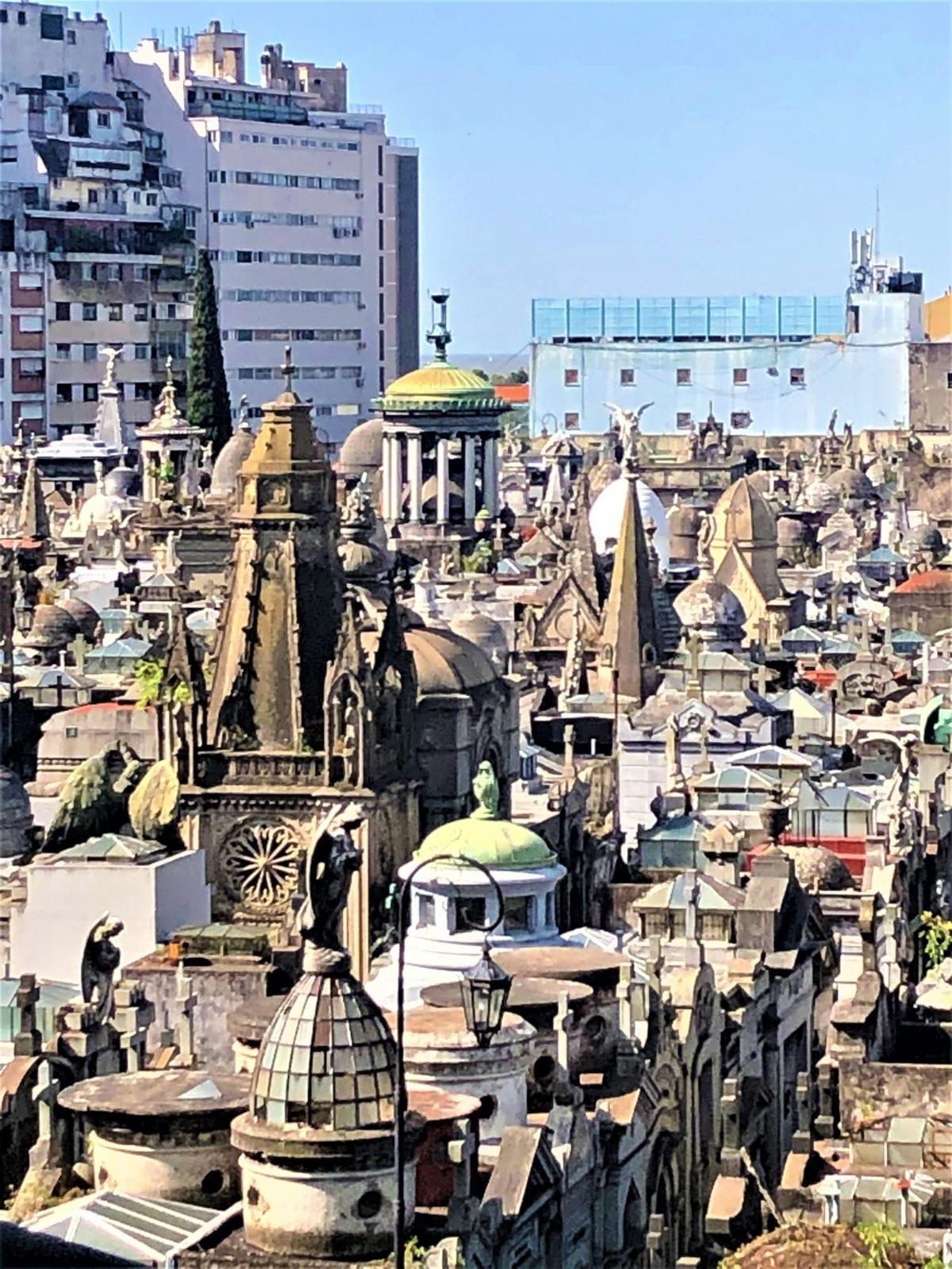 Sunlight turns the ice of the Balmaceda Glacier into a brilliant blue.

A tango performance at the El Viejo Almacen in Buenos Aires. 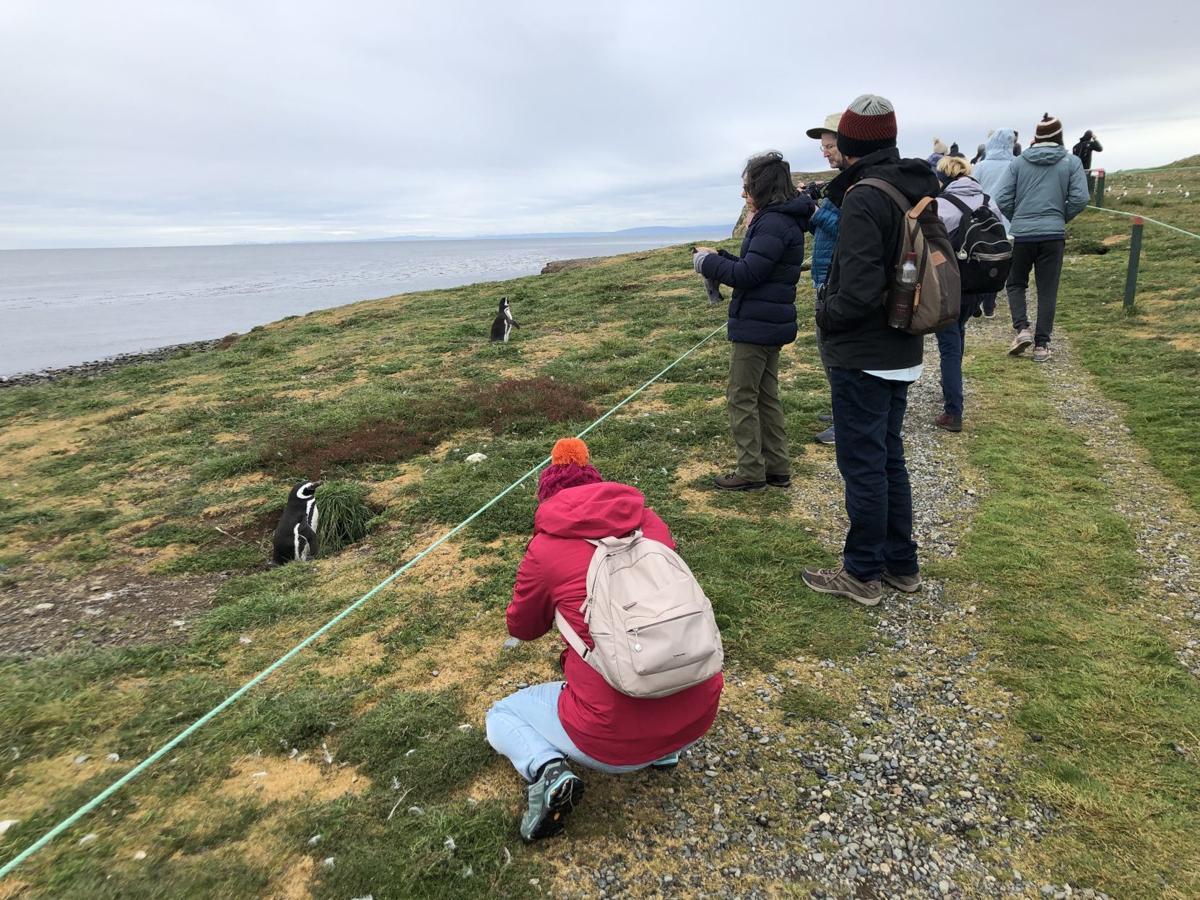 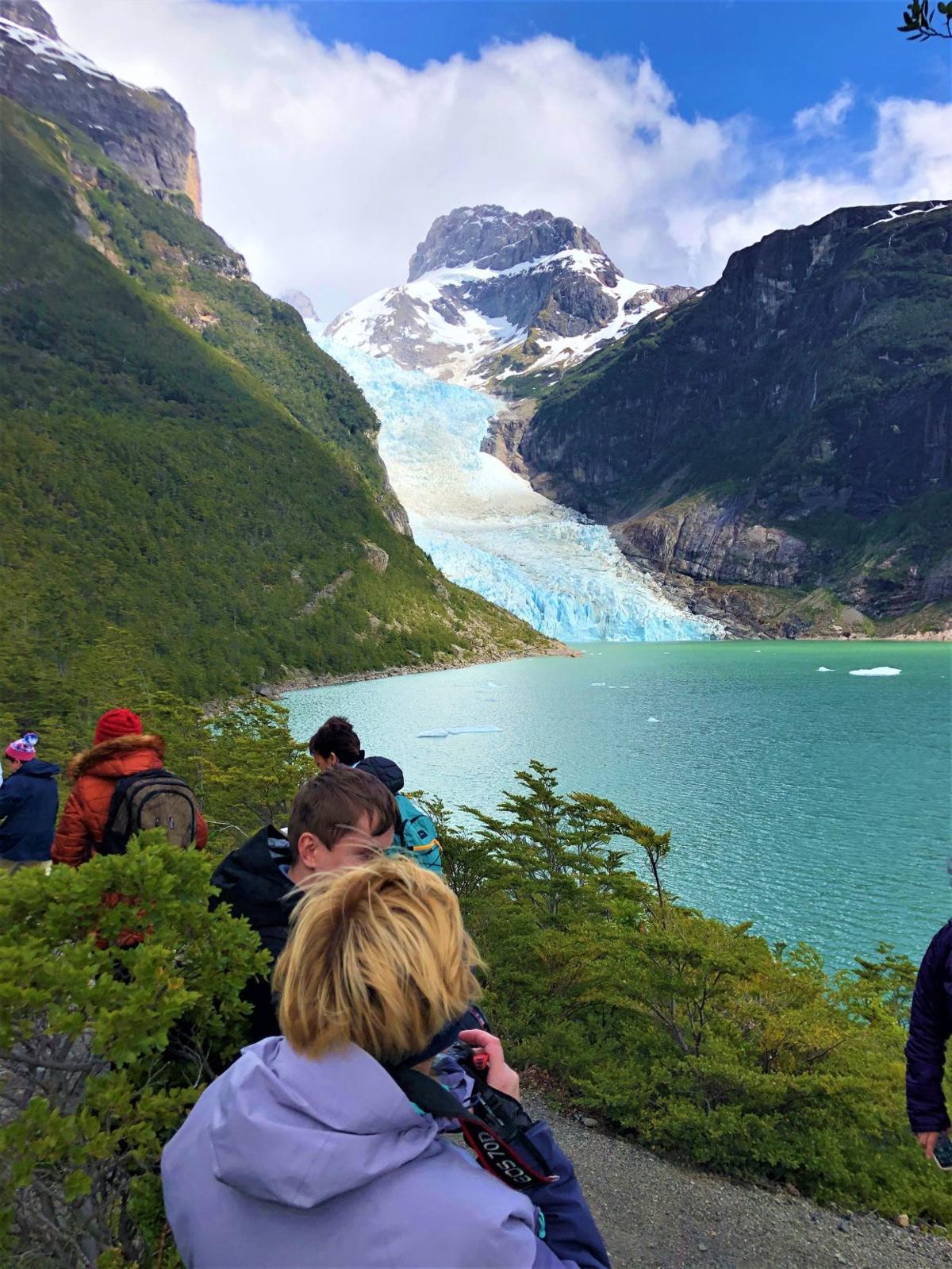