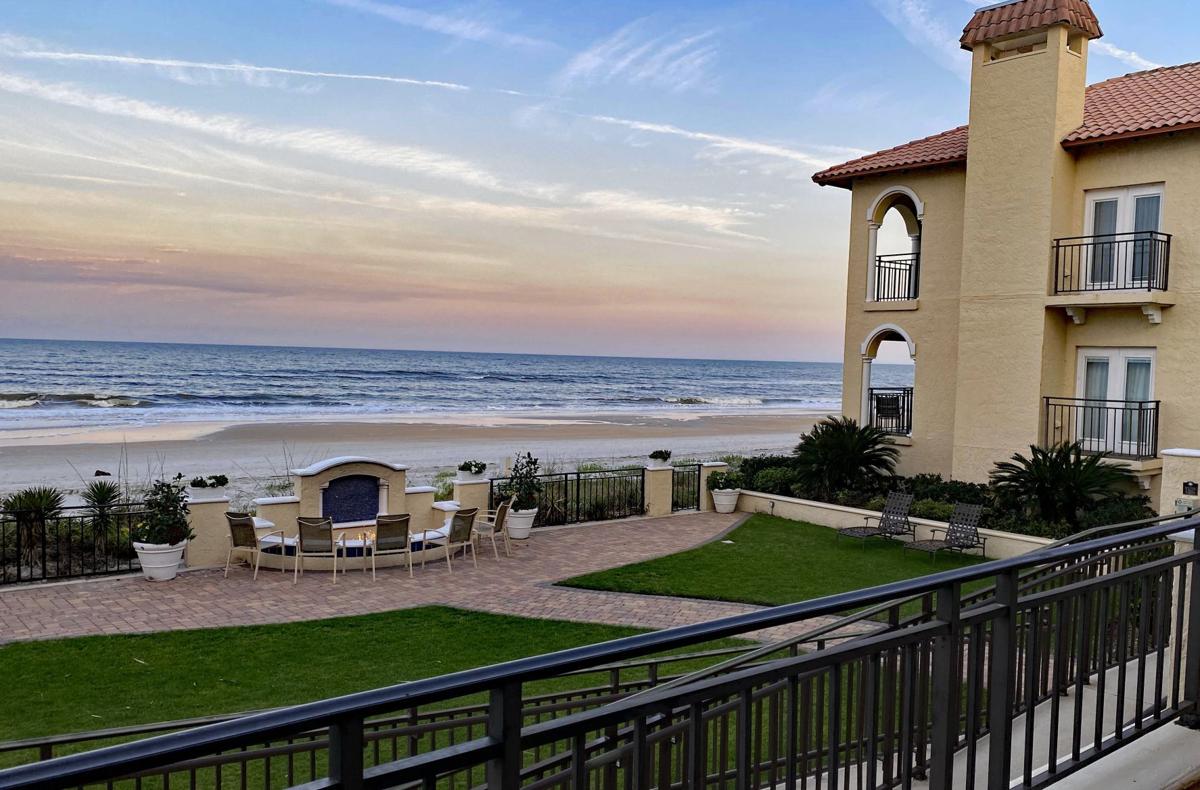 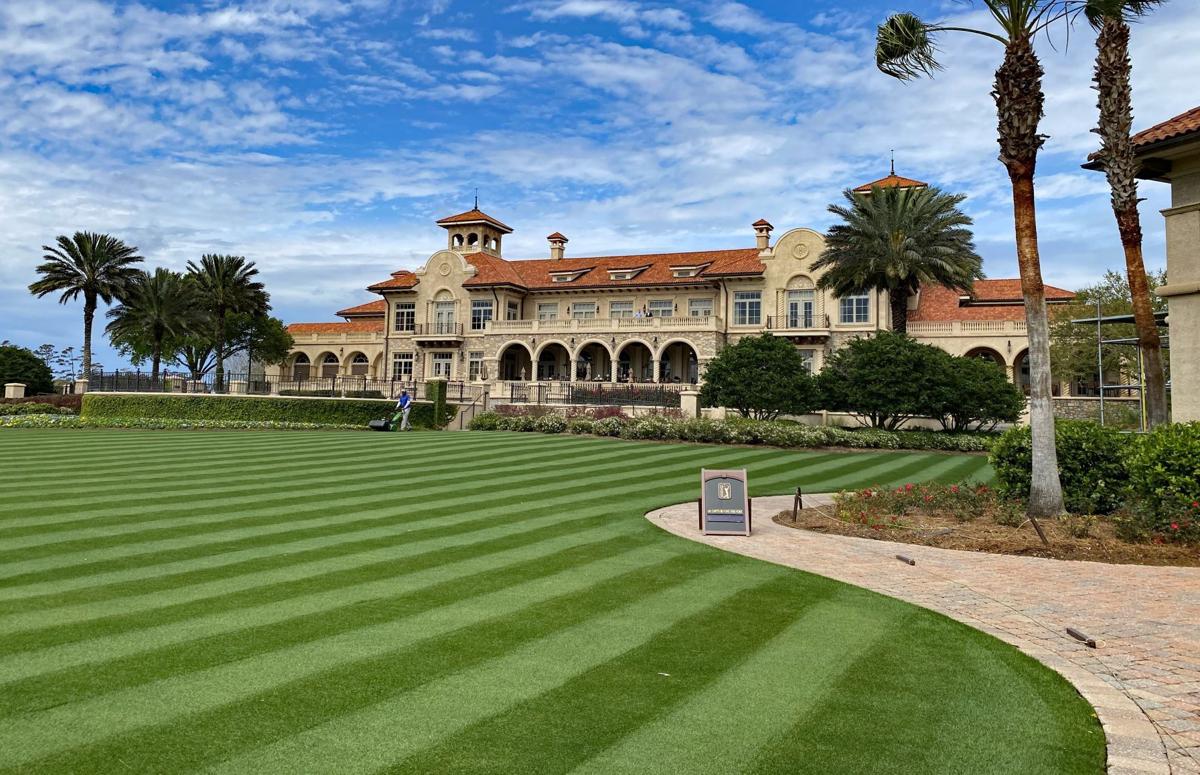 The Mediterranean Revival-style clubhouse at TPC Sawgrass is open to the public for tours and dining. 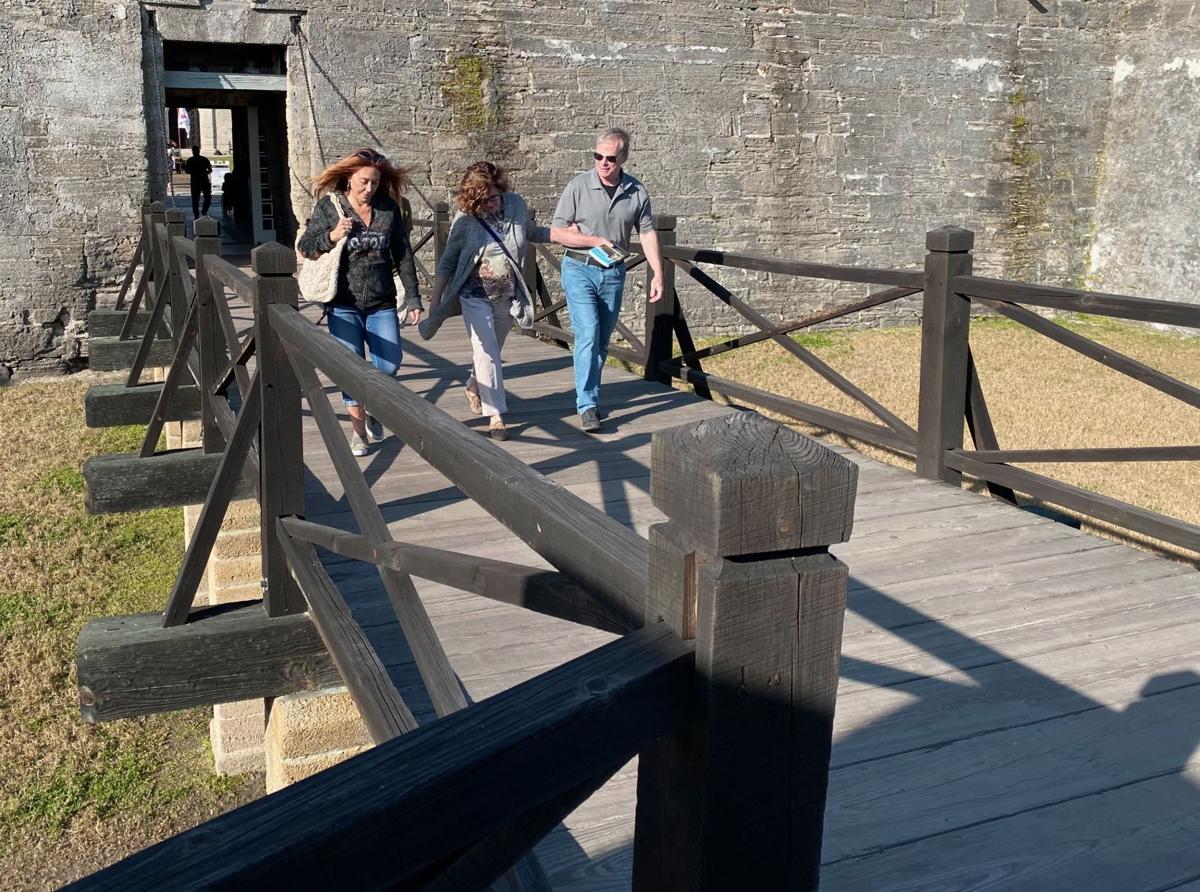 The Spanish fort Castillo de San Marcos was built in 1672 and is the oldest masonry fort in the continental U.S. 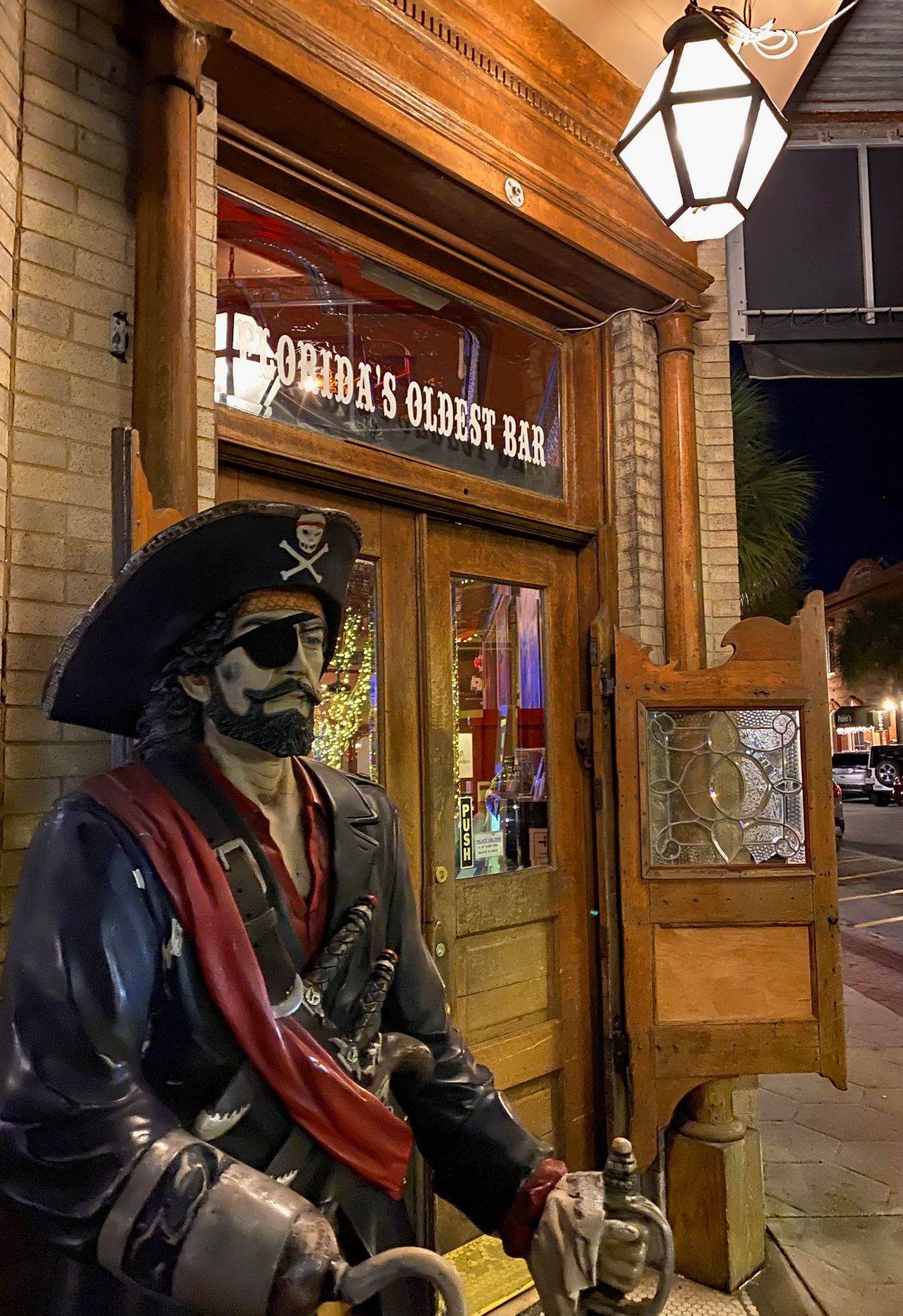 The Palace Saloon on Amelia Island is the oldest continuously operating bar in Florida. 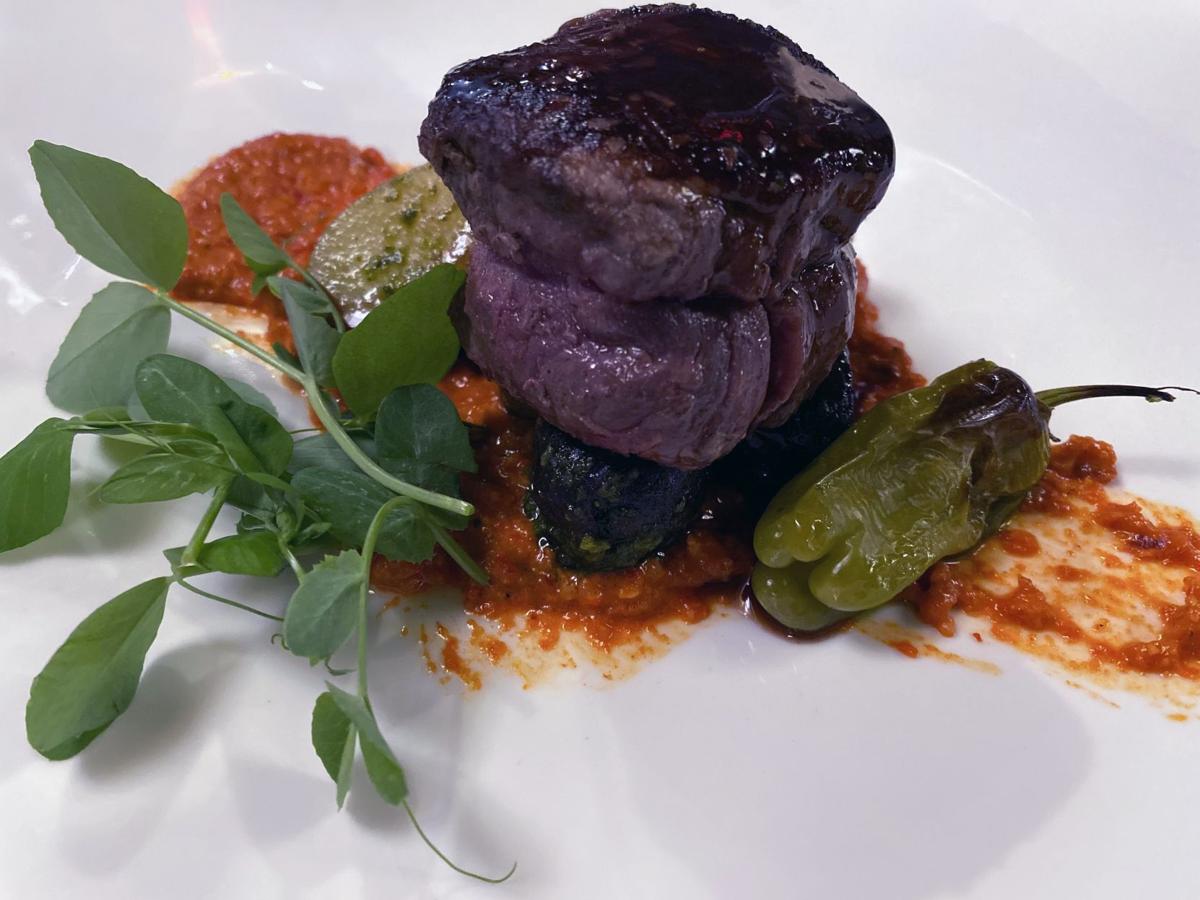 Dry-aged steaks are one of the specialties at Michael’s in the historic district of St. Augustine.

By Katherine Rodeghier • Special to the Post-Dispatch

You won’t find the big-city vibe of Miami or the large theme parks of Orlando. It lacks the wacky characteristics that draw throngs to the Keys, and it’s spared the snarling traffic of Gulf Coast beach towns.

More Southern in culture and comparatively less crowded, Northeast Florida is a destination unto itself, one that enjoys a rich colonial heritage dating back more than 500 years while embracing the playful pursuits of modern golf and beach resorts. A road trip along its Atlantic coastal communities takes just a few days, but stretch it out to a week to unwind and soak up local flavor.

Start at the Georgia border where Amelia Island forms a barrier between the Atlantic Ocean and Intracoastal Waterway, a two-hour drive south of Savannah or 30 minutes northeast of the Jacksonville airport. Access the island on Florida A1A, a road you’ll jump on frequently as you continue road tripping south about 65 miles to St. Augustine.

Amelia Island is about the size of Manhattan with a 50-plus block historic district on its north end. French Huguenots were the first Europeans to settle here in 1562, followed by conquerors and colonists from Spain and Great Britain. In Fernandina Beach, you’ll see gingerbread-heavy houses, several of them bed-and-breakfasts such as the Addison on Amelia Island comprising three antebellum-style homes surrounding a courtyard.

Take a walk around downtown Fernandina Beach past the old courthouse and customs house, sample Fernandina Fantastic Fudge and pop into the Book Loft where you might bump into novelist John Grisham who moved to the island a few years ago. For lunch, pick out a picnic table on the patio at Timoti’s Seafood Shak. Its fish tacos, shrimp and lobster roll are popular choices.

When it’s cocktail time, mosey up to the bar inside Florida’s oldest continuously operating drinking establishment, the Palace Saloon serving suds since 1903. If you’re lucky, Fernandina Beach Mayor Johnny Miller will be tending bar and will point out the saloon’s tin ceilings, mosaic tile floor and mahogany caryatids.

The Palace often is on the Amelia Island Cocktail Tour led by a guide who spins stories about the island between drinks. The Mermaid Bar inside the Florida House Inn, built in 1857 and claiming to be the state’s oldest hotel, also might be a stop. The tour rotates among downtown bars, patronizing four. You’ll have a cocktail and something to nibble at each. If you want something more substantial — and love sangria — Espana Restaurant & Tapas is the place to be. It serves up hot and cold tapas along with pans of paella.

At the southern end of Amelia Island, the focus isn’t on history but on play, especially on the beach. The island has 13 miles of Atlantic coastal beaches, some of the least crowded in Florida. You’ll find plenty of room to put down a beach towel for sunbathing or to walk along the sand searching for shells and fossilized shark teeth.

Two resorts with 400-plus rooms front on the ocean. Besides beaches, the Omni Amelia Island Plantation and the Ritz-Carlton, Amelia Island has golf courses, clay tennis courts, supervised activities for kids, spas, bike rentals and kayak tours through the Intracoastal Waterway. The Omni also offers Segway tours through the plantation where live oak trees draped with Spanish moss line roadways.

Another luxury beach resort area lies to the south.

Leave Amelia behind, skip past the beaches east of Jacksonville, some of the state’s most crowded, and stop at Ponte Vedra Beach, among the least crowded.

Getting there requires a decision: Head west to pick up Interstate 95/295 through Jacksonville, or stay on Florida A1A and take the St. Johns River Ferry. Crossing the river takes five minutes; the ferry runs every half hour.

Driving along Ponte Vedra Boulevard, you’ll pass oceanfront mansions and luxury resorts. Choose the Ponte Vedra Inn & Club, spoiling guests for nearly 90 years, and you’ll also have access to its younger sister, the Lodge and Club, a mile and a half down the boulevard. Between them, you’ll find plenty of places to play: two 18-hole golf courses, the largest spa in North Florida, a tennis club on the ATP World Tour and a broad stretch of sand with kayaks, stand-up paddleboards and surfboards for rent.

A mecca for golf nuts spreads between the A1A and the Intracoastal Waterway. TPC Sawgrass, the first of many Tournament Players Clubs across the country, opened in 1980 and is the headquarters of the PGA Tour. If you watch golf on TV, you’re probably familiar with the Players Championship bringing some of the world’s best golfers here every March to compete for the largest purse on the tour.

The Mediterranean Revival-style clubhouse is open to the public so feel free to gawk at its murals and memorabilia. Better yet, take a tour with one of its volunteer storytellers for anecdote-rich tales about Sawgrass, including how the PGA commissioner paid $1 for this former swampland and won a bet he’d transform it into a legendary golf course. As part of the tour, you’ll get in a golf cart for a look at three holes of the Pete Dye-designed Stadium Course, including one of the most famous holes in golf. The 17th, a 137-yard par-3, has an “Island Green” accessed by a narrow strip of grass. Many a golfer has donated a ball to the water demon here.

Not into golf? The clubhouse merits a stop just for a meal at Nineteen, open for breakfast, lunch and dinner. Try for a table on the sprawling terrace overlooking the 9th and 18th holes.

Continuing south, the A1A skirts the Atlantic passing through a 73,000-acre sanctuary, the GTM National Estuarine Research Reserve. Pull into one of the parking lots on the west side, cross the road and climb up a dune overlooking the beach. This is the stretch of shoreline that Juan Ponce de Leon, sailing at about latitude 30 degrees, 8 minutes north, spotted in 1513.

More of his story unfolds at Fountain of Youth Archeological Park in St. Augustine where the explorer came ashore claiming “La Florida” for Spain. The city was founded here a few decades later, in 1565, making it the oldest permanent European settlement in the U.S. The archeological park’s biggest draw, the so-called Fountain of Youth, flows inside a small springhouse. Spanish sailors believed its water preserved youth because the Native Americans here, the Timucuas, lived well into old age. Actually, their longevity was due to their healthy diet and environment, far superior to that in 16th-century European cities with poor sanitation and polluted drinking water.

So the fountain is a fraud, but if you’re wishing you could turn back time you are welcome to take a sip. Hope springs eternal.

St. Augustine’s more than 60 historic sites would take many days to explore. For an overview, buy a ticket on the hop-on-hop-off Old Town Trolley circulating through the historic district. Stop at the Castillo de San Marcos, the oldest masonry fort on the U.S. mainland. Its first stones were laid in 1672 by the Spanish. Part of the U.S. National Park Service, rangers direct you to exhibits, films and performances by costumed interpreters.

Hop off the trolley for a stroll down St. George Street. This pedestrian-only thoroughfare and its side streets have the feel of New Orleans’ French Quarter without the raunch of Bourbon Street. Spanish colonial buildings house boutiques, ice cream parlors, galleries, souvenir stores and restaurants.

If the historic district gets too congested for your liking, drive over to the Intracoastal Waterway to Aunt Kate’s on the River for pilau, a rice and meat dish flavored with fiery datil peppers. It’s a specialty of Menorca passed down from the owner’s ancestors who came here as indentured servants from the Spanish island. The old-style Florida restaurant on the Tolomato River also serves local seafood and Southern sides such as collard greens, cheese grits and sweet potato fries.

Ponce de Leon’s sailors might not have bought into the myth of the Fountain of Youth if they had been feasting on dishes like these.

• Aunt Kate’s on the River: aunt-kates.com

Cities that spend the most on residential construction

Norwegian Cruise Line Holdings on Monday became the first cruise company to announce plans to resume sailing from ports in the United States — but only if you’ve been vaccinated against COVID-19. The company said it would resume voyages from U.S. ports starting July 4 at 60% capacity, with full vaccinations required for guests and crew members at least two weeks before their cruises. The ... 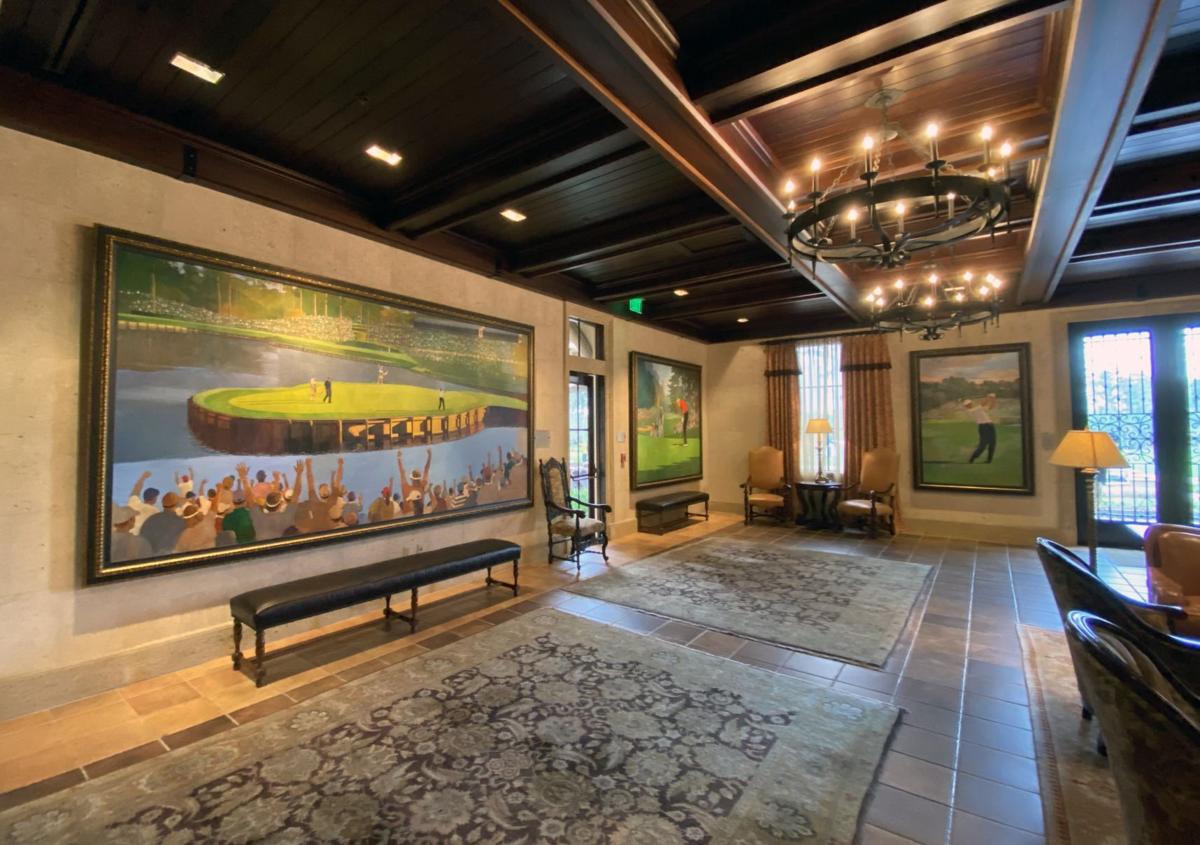 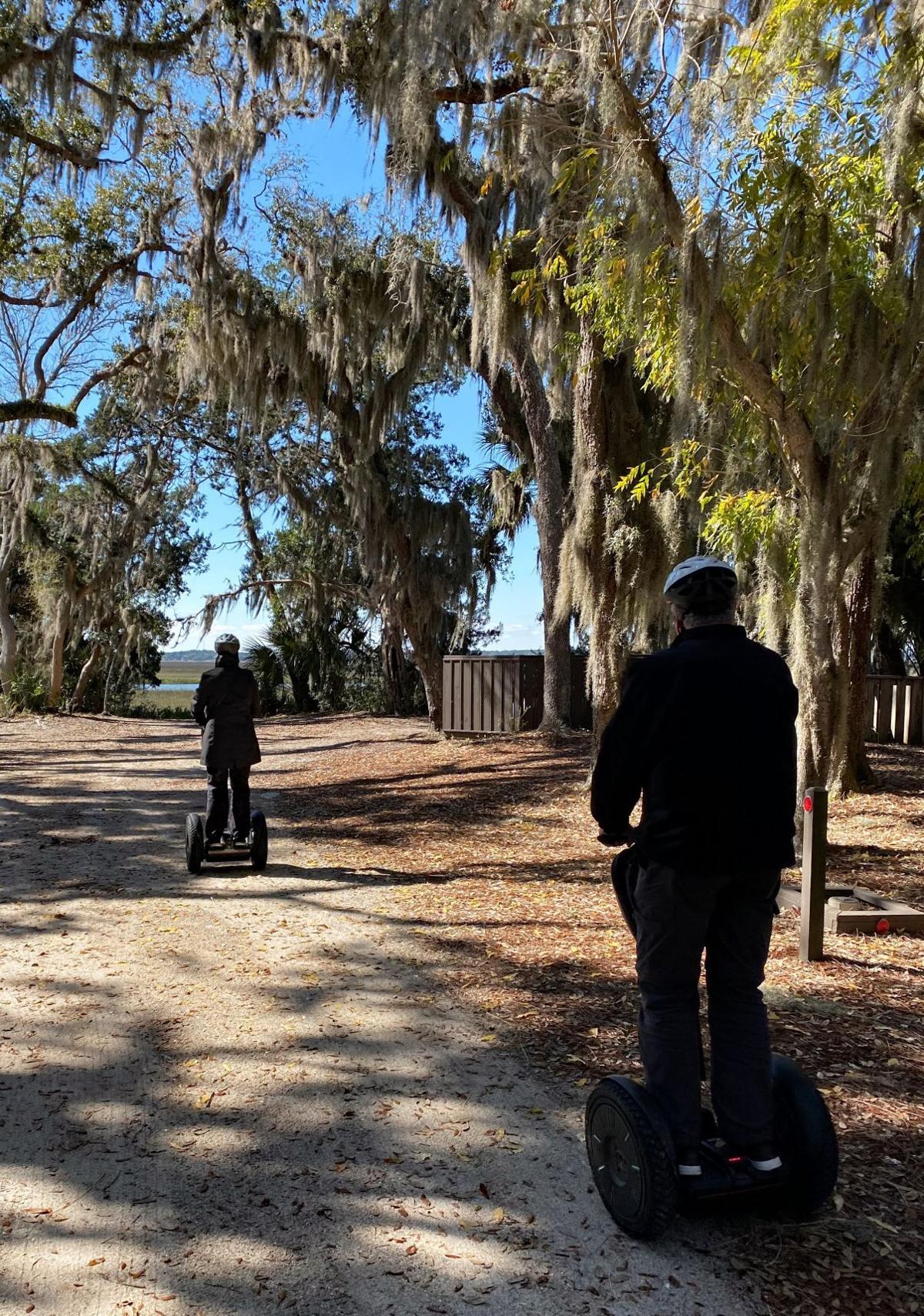 Segway tours are among the many resort activities at Omni Amelia Island Plantation. 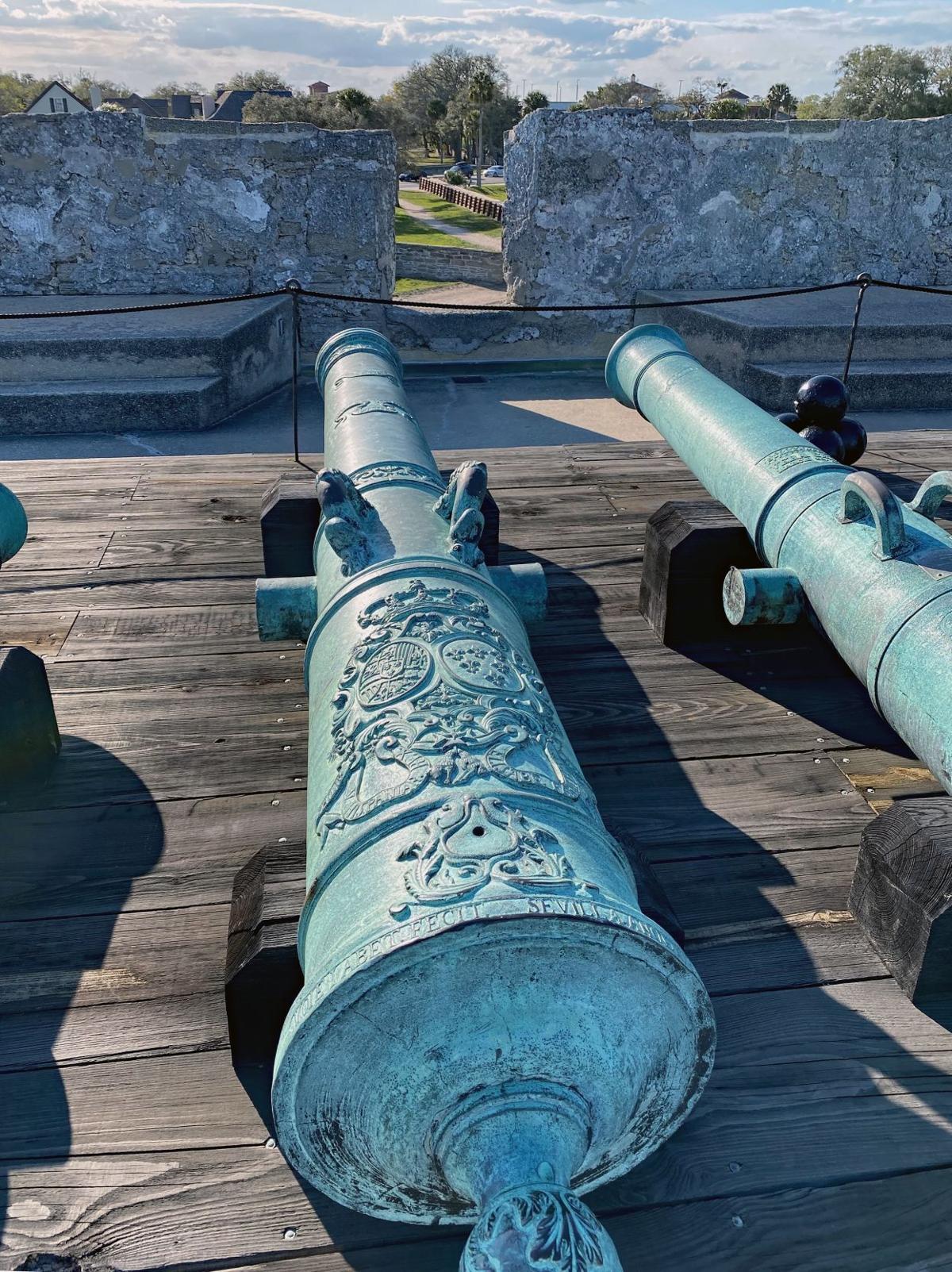 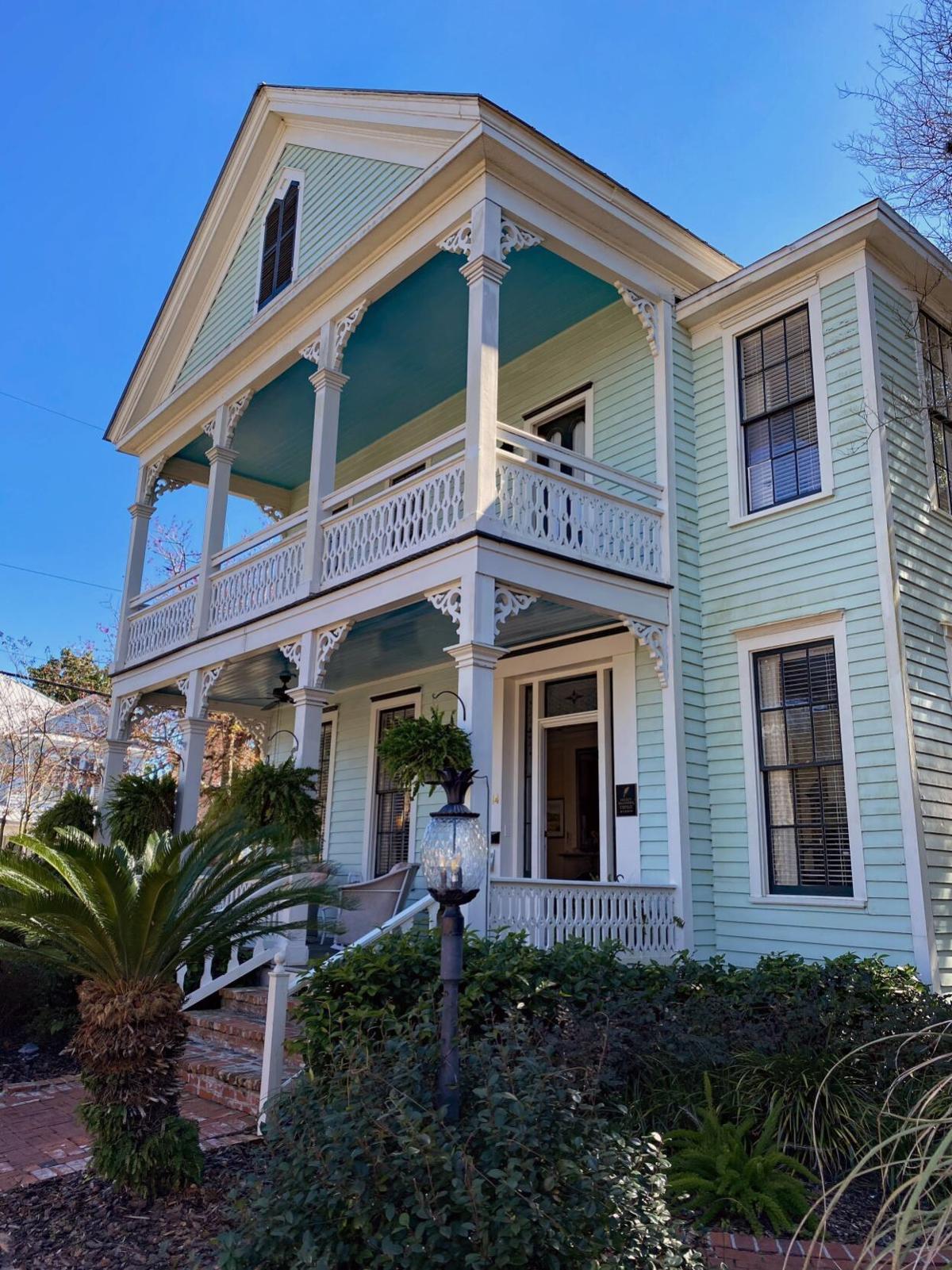 The Addison on Amelia Island is a highly-rated, 14-room bed-and-breakfast in Fernandina Beach.

The Mediterranean Revival-style clubhouse at TPC Sawgrass is open to the public for tours and dining. 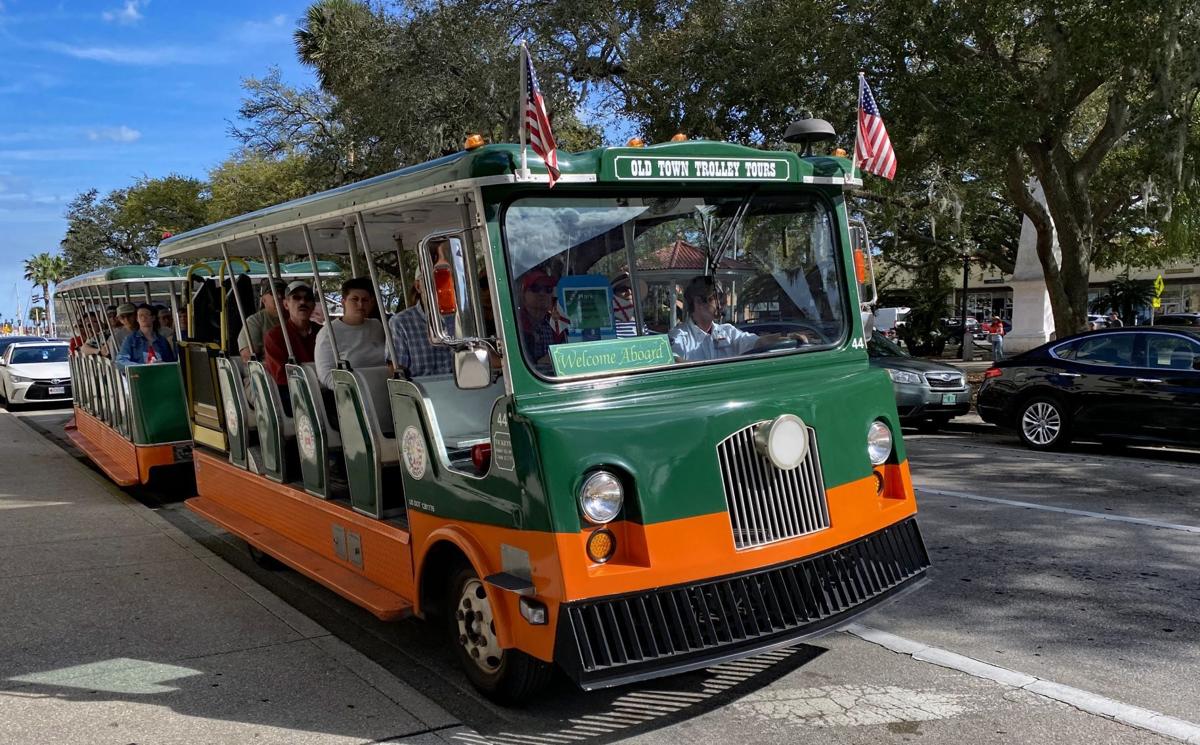 On the Old Town Trolley, you can hop on and off at many of the more than 60 historic sites in St. Augustine.

The Spanish fort Castillo de San Marcos was built in 1672 and is the oldest masonry fort in the continental U.S.

The Palace Saloon on Amelia Island is the oldest continuously operating bar in Florida.

Dry-aged steaks are one of the specialties at Michael’s in the historic district of St. Augustine.