Rollin’ on the Mississippi River: Grafton to Minnesota on the American Queen
0 comments
Share this
Support local journalism for 99¢
1 of 2 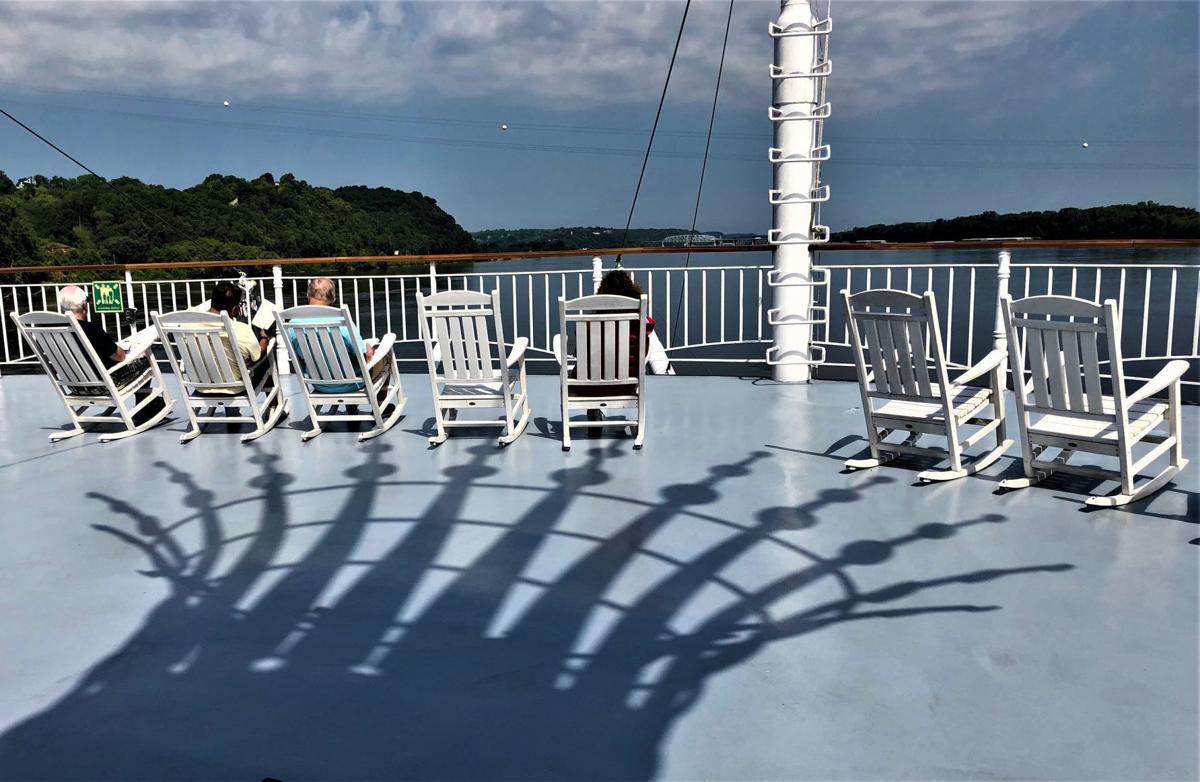 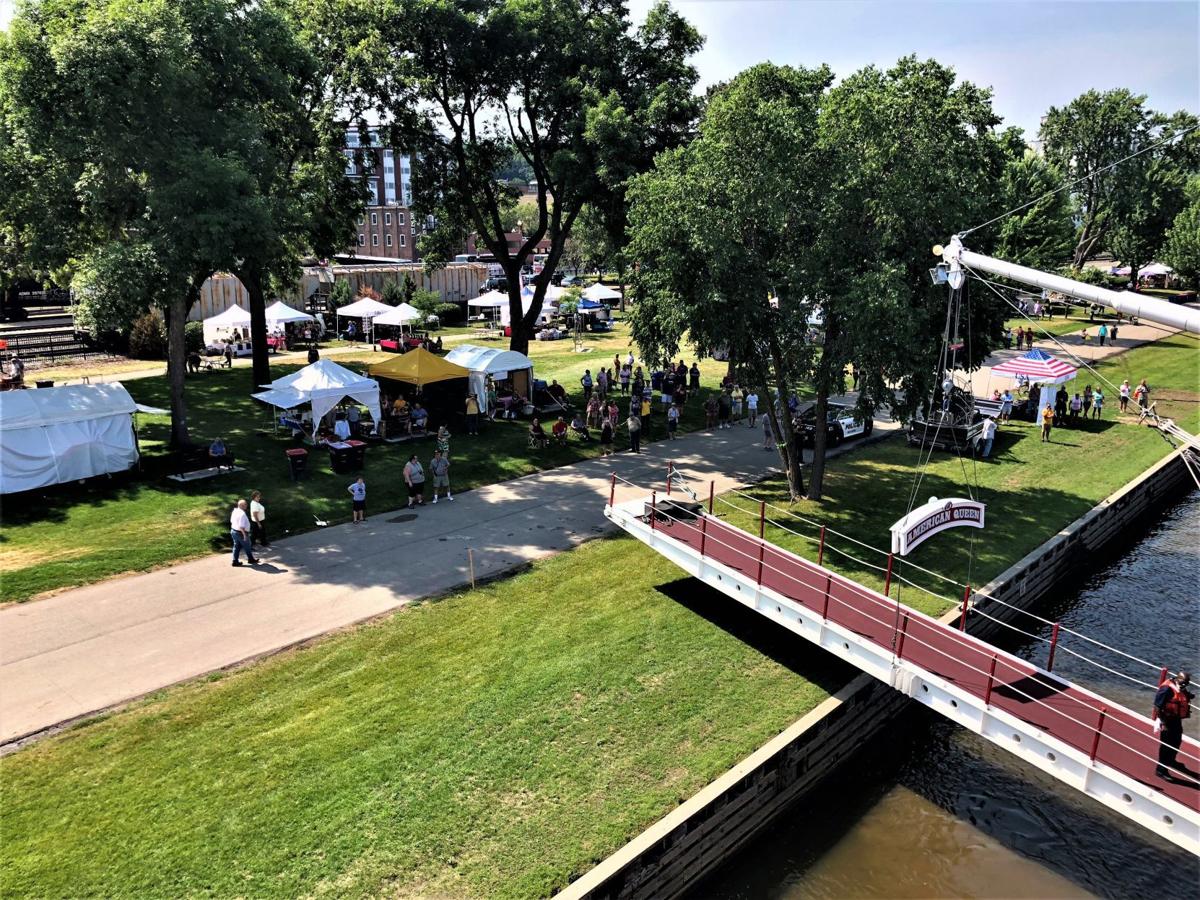 The gangway is manuvered into place on Levee street in Red Wing. Barbara winnerman photo

It was only a short drive from St. Louis to Grafton but when we boarded the American Queen steamboat for a 588-mile, seven-day voyage up the Mississippi to Red Wing, Minn., it was as if we had traveled back to 1880.

Built as an authentic replica of a paddlewheel steamer, the gingerbread festooned Queen re-creates the era when steamboat travel was a glamorous experience. On board, gleaming mahogany woodwork, stained glass lamps, winding staircases, elaborate crystal chandeliers, fine antiques (including a spittoon) and floral wallpaper and carpeting faithfully re-create the Victorian era.

The first hint we would soon be steaming up river was when the bright red paddlewheel began to churn the muddy Mississippi water. Even though the boat remained lashed to shore alongside the port of Grafton, we were told the wooden paddles need to be soaked before departure, because dry paddles break.

Soon, the low moan of the American Queen’s steam whistle was slowly building to an ear-piercing blare, followed by the captain’s loudspeaker announcement: “All aboard that’s comin’ aboard. All ashore that’s goin’ ashore!”

Burly deckhands scurried to unleash the thick ropes holding the boat firmly to the moorings. Other crewmen methodically tugged ropes through pulleys to lift the gangway from the landing and swing it onto the boat, where it is lowered and remained protruding from the bow.

White billows of steam hissed and escaped from the brass pipes of the calliope, and the melody of “Rollin’ on the River” wafted over the port, signaling the start of a concert of river-themed songs.

The commotion was noticed on shore, and passing cars tooted, or stopped. People rushed out of their homes and down to the riverbank. Everyone was waving, including the 410 passengers on the American Queen, as it gently moved away from shore, the twin gangways pointing toward the route north.

A day later Hannibal, Mo., was the first port, where the “Hannibal Ambassadors” earnestly greeted each passenger, telling us how happy they were we were in town. It was a scene to be repeated in each of five ports of call, and a demonstration of what middle-American hospitality can be in “storybook” small towns in the American heartland.

In Clinton, Iowa, the welcoming committee shook the hand of every arriving passenger, and they were there again to wish us “safe travels” on departure. In Dubuque, Iowa, a piano had been moved to the foot of the gangway, where a piano player greeted us by enthusiastically pounding out ragtime melodies. In La Crosse, Wis., we were welcomed by townspeople strolling through beautiful riverfront parks dressed as if it were 1880.

Waiting in each port was the fleet of “steam coaches” that follow the boat on land, providing narrated “hop-on, hop-off” tours to several points of interest in each port. Shore excursions included the Mark Twain Museum in Hannibal, which contained the permanent exhibit of 20 original Norman Rockwell paintings taken from episodes in the book “The Adventures of Huckleberry Finn.” Across the river from Clinton, Iowa, in Fulton, Ill., volunteers in traditional Dutch clothing explained how the 90-foot windmill from the Netherlands ended up on a Mississippi levee, and then served us homemade Danish pastries in the town museum.

The Fenelon Place Elevator in Dubuque transported six passengers up the side of a hill for a panoramic view 189 feet above town. It was initially installed in 1882 so a wealthy banker could get home quickly for lunch. Today it is described as the “world’s shortest, steepest scenic railway.”

La Crosse was where we toured the 1858 home of lumber baron Gideon Hixon, with 90 percent of the original furnishings. In the Pottery Museum of Red Wing we learned why the chemicals in the soil were perfect for making pottery. More than 6,000 unique pieces of stoneware were displayed, produced on site between 1877 until 1967.

Each night there was entertainment in the ship’s ornate theater, which is a replica of Ford’s Theater in Washington, D.C. The evening we left Hannibal, actor Lewis Hankins portrayed Mark Twain. Sitting in a high-backed leather chair with a bottle of whiskey on a table next to him, the literary icon told his life story.

He said as a writer he quickly realized the use of the “right word” versus “almost the right word” was as different as a “bolt of lightning, and a lighting bug.”

“I never saw the benefit of exercise,” he continued after a prolonged pause. “It just made me tired.”

Other nights we were treated to a variety of song and dance performances, including an evening where every song was about a river.

An unexpected treat was just sitting on the upper deck of the American Queen in a rocking chair in an area called the ‘front porch,” doing nothing but watching the panorama of the Mississippi be slowly revealed around every bend. The vantage point in the middle of the Mississippi is a perspective few people have the opportunity to experience.

I had expected the river to narrow as we headed north toward the source of the Mississippi, but it did not. However, the flow seemed slower, and the farther we ventured north the tow boats pushing 15 immense barges that had been a frequent sight almost disappeared and were replaced by small fishing boats. (Fishermen rarely waved.) North of Dubuque small pleasure boats began to appear. (Pleasure boaters always waved.)

At one point the river even widened briefly to a mile and a half. On our July voyage, there was even a beach club and sand beach directly on the Mississippi at La Crosse, an unimaginable site in St. Louis. Farther along there were hundreds of houseboats and yachts docked in the marinas in Red Wing, an hour south of Minneapolis.

Lore of the river

Bobby Durham was the on-board “Riverlorian,” a gentleman who had spent 22 years on the Mississippi. Each day he made an hourlong presentation on the history, legends and lore of the river and steamboats. When we landed he gave tours of the pilot house and was available in the Chart Room to answer questions.

I had many. Why did we sometimes maneuver left of the oncoming barge instead of always staying to the right? (Since we were heading up river, it is the captain of the downstream boat who dictates which side we should take.) Why were we stopped midriver? (The lock and dam that was ahead but out of sight was full.) What were those flocks of white birds with long beaks that looked like pelicans? (They were pelicans.)

Other questions were answered by observation. How would we get past the bridges crossing only a few feet above the water? (The center section swiveled sideways as we approached the first, and as we neared the second, the center section lifted as if controlled by a magician.) Would we really make it under the bridge ahead? (Yes, but with only about 10 feet to spare.) Was that a bald-headed eagle flying past? (Binoculars proved it was, becoming more frequent the farther north we sailed.)

The popularity of riverboat cruising on the upper Mississippi River is increasing, according to American Queen Steamboat Co. President and Chief Operating Officer Ted Sykes. “Many of our guests have traveled around the world, but once they discover the beauty and history of our own rivers and riverfront communities, they are ‘hooked,’” he says. “They can stay close to home and enjoy the history and local culture we have in America’s heartland.”

The same sentiment was expressed repeatedly by the passengers who were mostly from both coasts and England and Australia.

One problem for all passengers was the food. First, there were too many choices, and it was all excellent. Second, we were told none of the nightly appetizers, entrées or desserts would be repeated. That meant it was necessary to sometimes order two appetizers, two entrees or three desserts.

Our waiter told us “the more we ate, the more value we got for our money.” The Riverlorian mentioned river air was known to “make clothes shrink,” and not to worry. One evening an entertainer said we “got on as passengers, but would be off loaded as ‘cargo.’”

When the cruise was over, I can vouch that all the “cargo” was happy, heavier and smiling.

The American Queen docks in more than 30 ports along the Mississippi, Ohio and Illinois rivers. Prices depend on cabin, season and the cruise. Check the website for frequent special promotions. Rates start at $2,099 per person for a nine-day voyage on the upper Mississippi and include a one-night pre-voyage hotel stay, included hop-on hop-off shore excursions in all ports, nightly entertainment, all meals and complimentary wine and beer with dinners.

Take off with a soaring trip to Wichita, Kan.: the 'air capital of the world'

WICHITA, KANSAS — Before my recent visit all I knew about Wichita I learned from the Westerns I watched as a kid. I knew Wichita was a “cowtow…

Bring it on home: Israel

Who and where • Rachelle and Larry Guess of Fenton standing on top of the ancient fortress of Masada in Israel.

Winter weather got you dreaming of a cruise? New rankings list best bets for families, couples and more

If the frigid temperatures and early snowstorms have you hankering to take a cruise, a new report can help you choose the right one.

Couple sought to be summer caretakers on Irish island

Great Blasket, on Europe's Atlantic fringes, is seeking a couple to become summer caretakers and sole full-time residents of the unoccupied island. 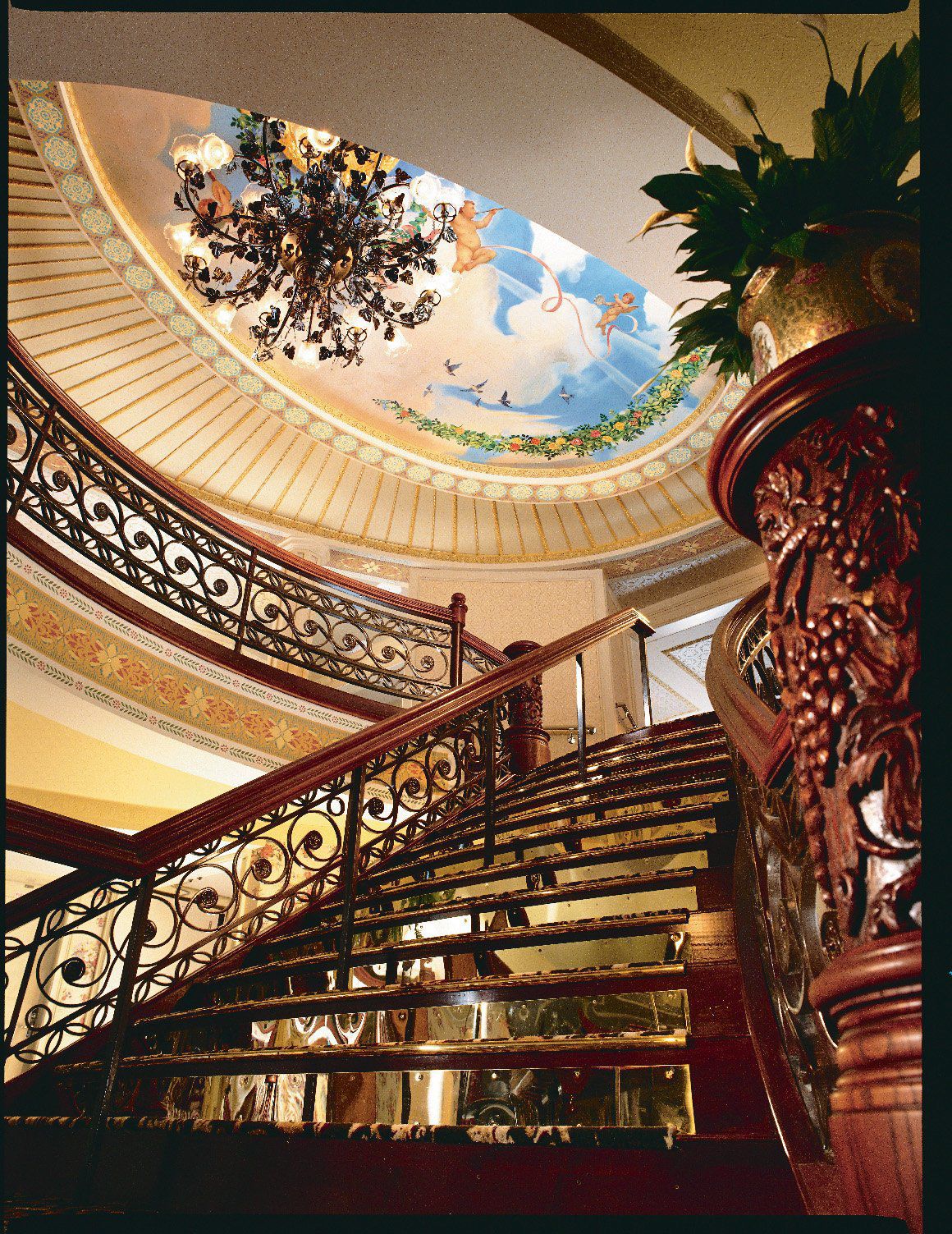 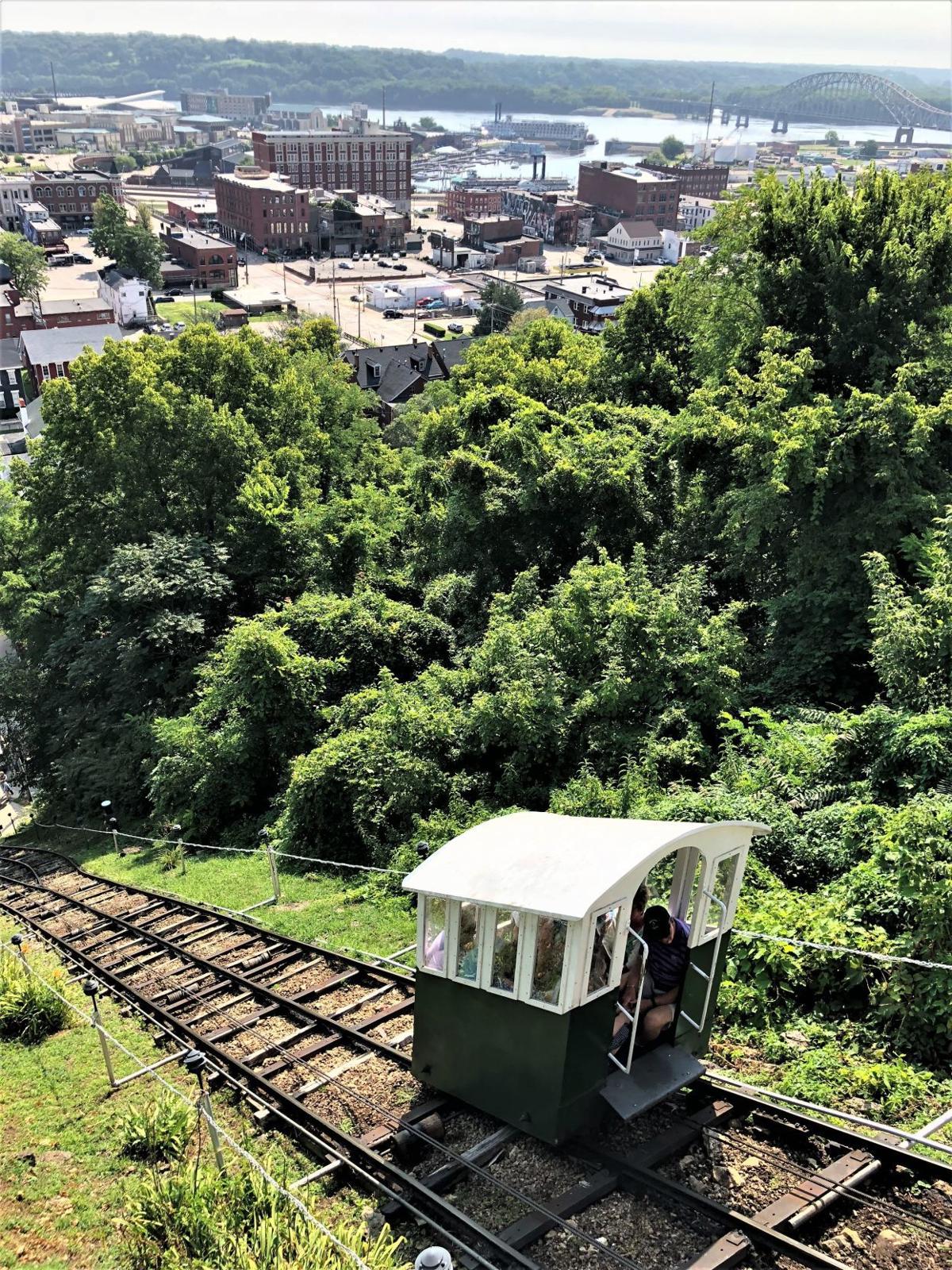 The gangway is manuvered into place on Levee street in Red Wing. Barbara winnerman photo 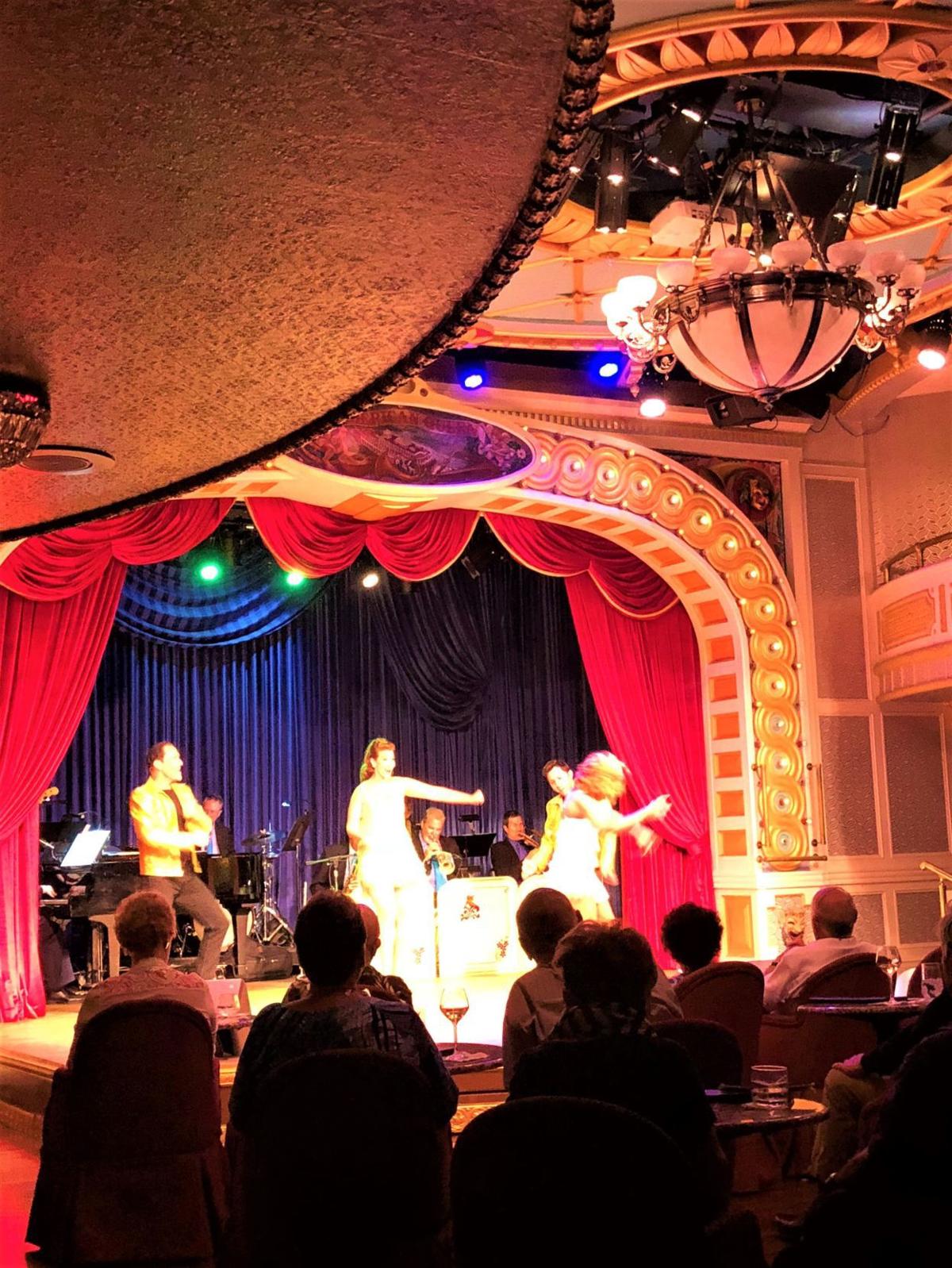 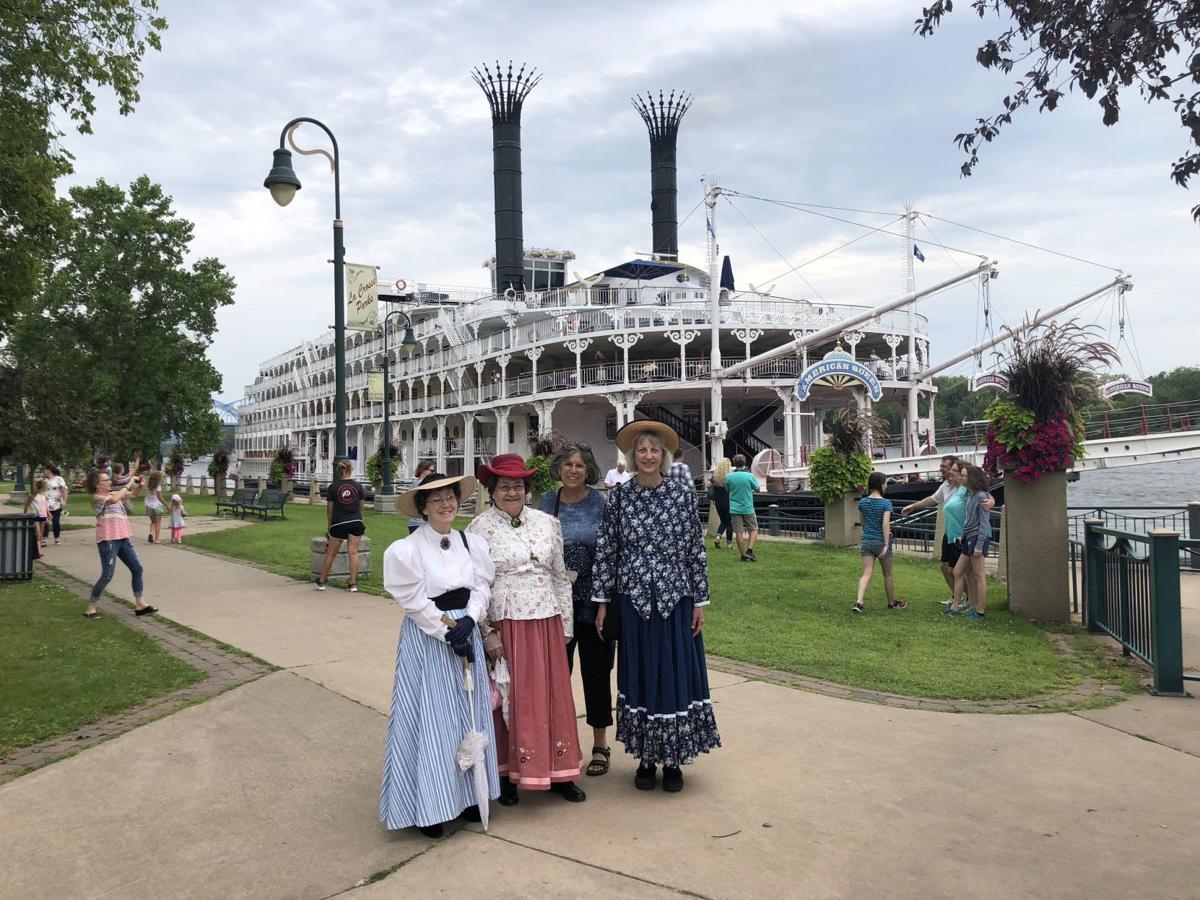 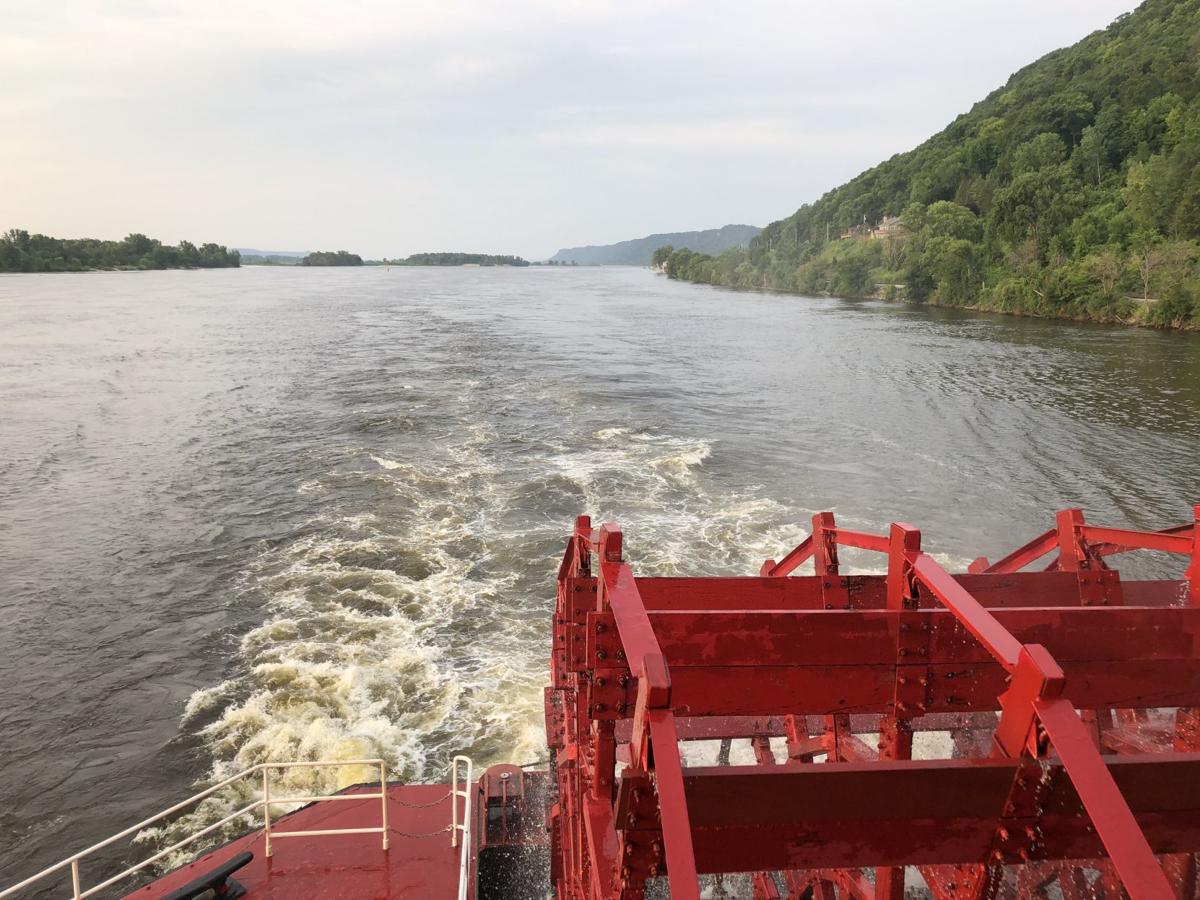 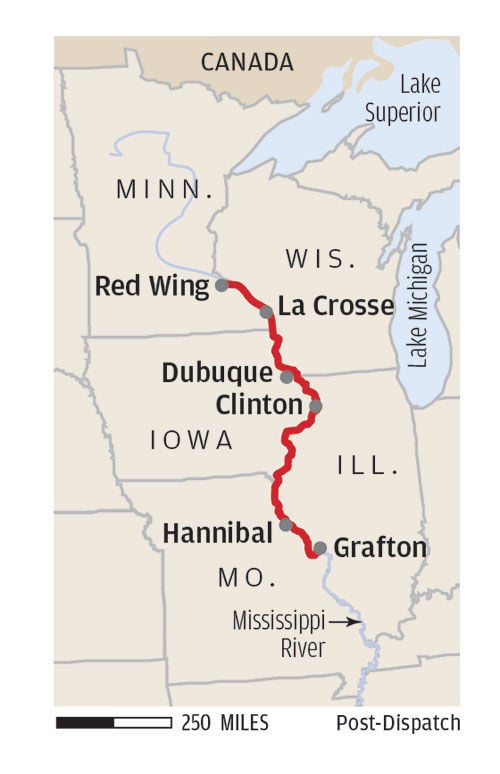