This was certainly an interesting year for our Travel Photo Contest. As always, our contest entry period is for photos taken from November of the previous year to November of the current year. From November 2019 to early March 2020, people were still traveling the world. We have entries from trips to Turkey, Thailand, Italy and more. As the coronavirus hit and borders closed, people hunkered down; travel came to a halt. Then, a slow re-emerging, as the restless took to their cars, mostly looking for safe ways to explore.

That was the case for our first-place winner Sue Roy, 58, of Brentwood. She and her husband had a spring break trip to Germany canceled by the coronavirus just two weeks before they were supposed to leave. But they still desperately wanted to get away. So they planned a road trip, driving 19 hours to the Outer Banks of North Carolina in July. They rented a house, figuring it was a safer option, and planned to spend most of their week on the beach.

“We are chill-at-the-beach-type people. We stayed at Kitty Hawk, but we just hung out on the beach most of the time. I read books, collected shells ... just a typical Midwestern person who doesn’t get to the beach but maybe once a year.”

As crowds grew on the beaches there, the Roys decided one day to drive out to the northernmost Outer Banks beach, Corolla, known for its wild horses.

“My husband wanted to go to that beach because you can drive on it,” Roy says. “And we knew about the horses so I was on the lookout for them.”

Then they saw some amid the dunes. “I was fascinated by them. We watched them for maybe 30 minutes. And then they walked 20 feet up to the car. You are not supposed to get close to them.”

She hopped out, grabbed her Samsung phone and started snapping photos. “They just kept coming closer, and then all of a sudden they were right in front of our truck. I’m really a terrible photographer. Just someone was guiding my hand that day,” she says. “I loved how it was three different shades of horses walking by ... it was a lovely composition I have to say.”

Our judges agreed, awarding it first place from among more than 300 entries we received despite this year of limited travel. Norma Klingsick, features design director, said: “The photographer snapped this photo at the perfect moment with the alignment of the horses and their reflection in the water.”

Roy says she’s thankful they took the trip. “It was so relaxing. This has all been so stressful with everything going on. It was very much escapism.”

COVID restrictions also played a role in Glenn Montano’s travel plans for 2020. Montano, 58, of Ballwin, and his wife decided to take a trip within driving distance and landed in the Black Hills of South Dakota.

While in Spearfish, South Dakota, they visited Devils Tower in Wyoming, less than an hour away.

“When we got to the base of the tower, we noticed that people were watching and pointing at something on the west side to the tower,” Montano says. “It was the mountain climbers. We did not even know that people were allowed to climb the tower. Like everybody else we tried taking photos of the climbers with our cell phones and regular camera lenses.”

But Montano was not satisfied with those shots, so he ran to his car and got a 600mm lens that he had brought to photograph wildlife in the Badlands and Custer State Park.

“As soon as I saw the photos with the big lens I knew it was the photo of the vacation. My Kodak moment!”

Montano likes that it’s an unusual photo. “And if you tell people that the photo is a climber on Devils Tower they will not believe it because the texture of the mountain is too symmetric. ... The color of the outfit and equipment of the climber made her stand out.”

That’s exactly what judge Klingsick liked as well. “The contrast of the climber’s blue clothing with brown, stone walls, immediately caught my eye. The climber almost looks like a starfish at first glance.”

Montano says he misses the freedom to go anywhere you want to go amid the pandemic. He’s had trips scheduled and rescheduled. “But that’s OK. We’ll just photograph and discover more of the United States.”

Douglas Miller, 33, of Edwardsville, has entered our contest before. So have his mother, brother and sister. All amateur photographers who love to travel, they are a competitive sort and always looking for a great shot.

Miller spotted one a few years ago in Brooklyn, but he wasn’t able to capture it as he wanted. “A lens had an issue; there was a light leak and the photos were unusable. But I’ve been thinking about getting back to this place and recapturing this image.”

A work trip in January to Boston got him fairly close. So he decided to stay a few days in Brooklyn, partly in hopes of recapturing that photo, in Brooklyn Bridge Park in New York.

“I had been visualizing this exact spot for a few years. I was just constrained to the weather cooperating.” Miller had been in Brooklyn a few days, and it was his last day, his last chance for winter weather to cooperate.

He set up a tripod for long exposure photography. Using a Sony A7III with a neutral density filter, he got the shot he wanted.

“I think for me it’s the solid steady case of an image and then insert other types of movement in there — the clouds blowing across the sky. The way that everything is always in motion in the city but the city is always just standing there. The clouds are in motion, blowing from the city center. This photo embodies that idea in the best possible way for me.”

Post-Dispatch multimedia director Gary Hairlson was a fan. “The photographer took advantage of one thing we all look for, and that’s perfect light. The beautiful light at sunset combined with the long exposure to make the detail in the water disappear makes this photo work. Not to mention the streaky clouds that draw your eyes to the skyline.”

The Sky Opens Up Above Chicago

Sailing out of Sydney Harbor

Smile for the camera!

Little Girl and the Monk

Other finalists in our contest

Sailing out of Sydney Harbor

The Sky Opens Up Above Chicago

The Cave of Wonders

Little Girl and the Monk

Smile for the camera!

Sunset in the Badlands

With a mask, just as magical

The world looked promising in March!

Fish out of Water

Climbing the Cracks of the Devil

Bring it on home: Puerto Rico

Who and where • Stephen and Valerie Cuppett of Glen Carbon at Luquillo Beach in Puerto Rico.

Who and where • Mark  and Anne Higgins of St. Louis at Bluff, New Zealand, nicknamed “the bottom of the world.” It’s at the very bottom of New…

If you’re traveling this year, you need to be ready to adjust and rearrange things while you’re on the go. For months, travel was mostly at a standstill—now many places have reopened, but with constantly tweaked (or overhauled) guidelines. Thankfully, a number of hotels, airports and tourist centers have organized quickly to help travelers abide […]

More Southern in culture and comparatively less crowded, Northeast Florida is a destination unto itself, one that enjoys a rich colonial heritage dating back more than 500 years while embracing the playful pursuits of modern golf and beach resorts. 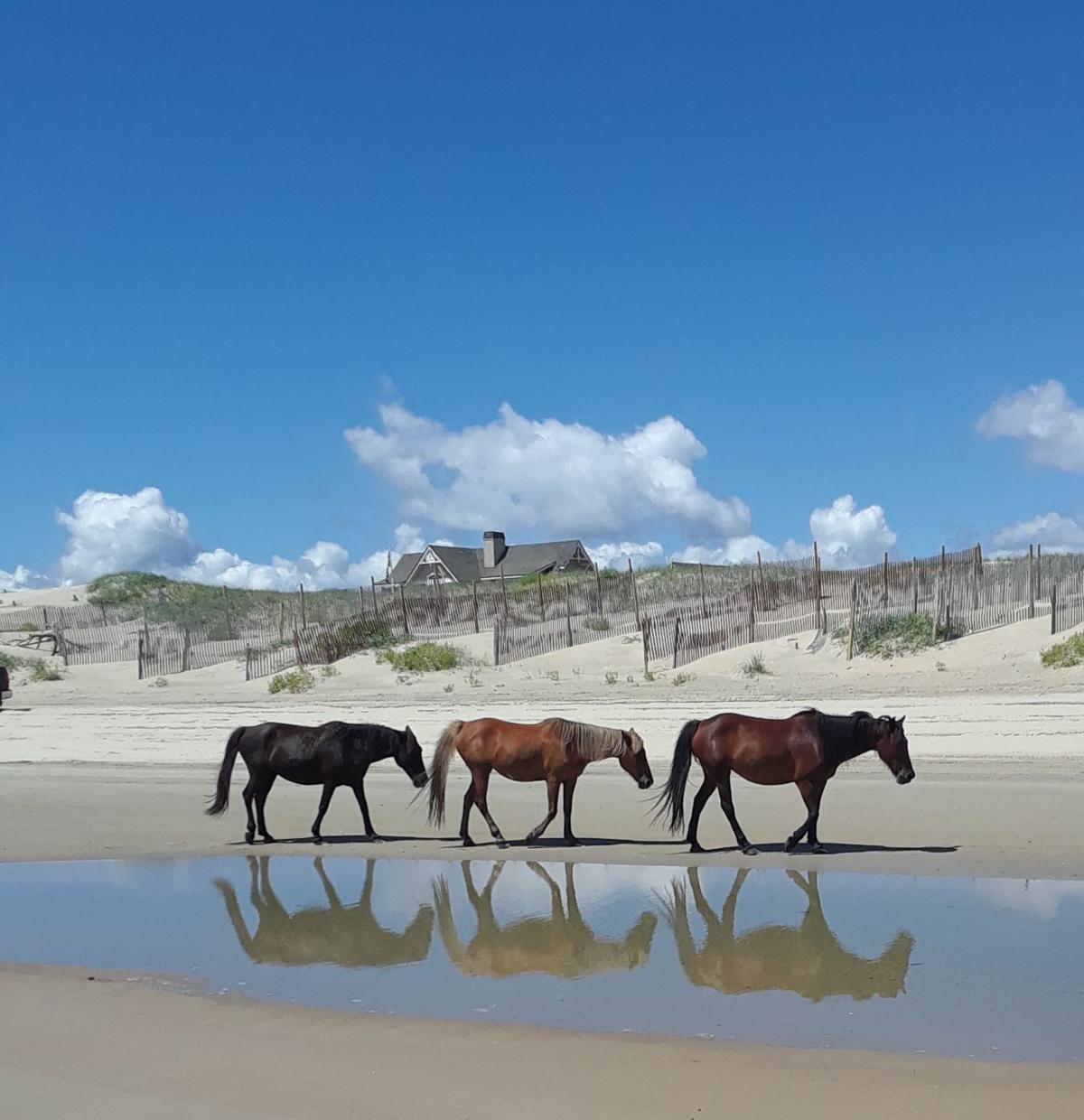 Wild horses on North Carolina's Outer Banks. These beauties strolled right past our car while parked at the beach. — Sue Roy, St. Louis 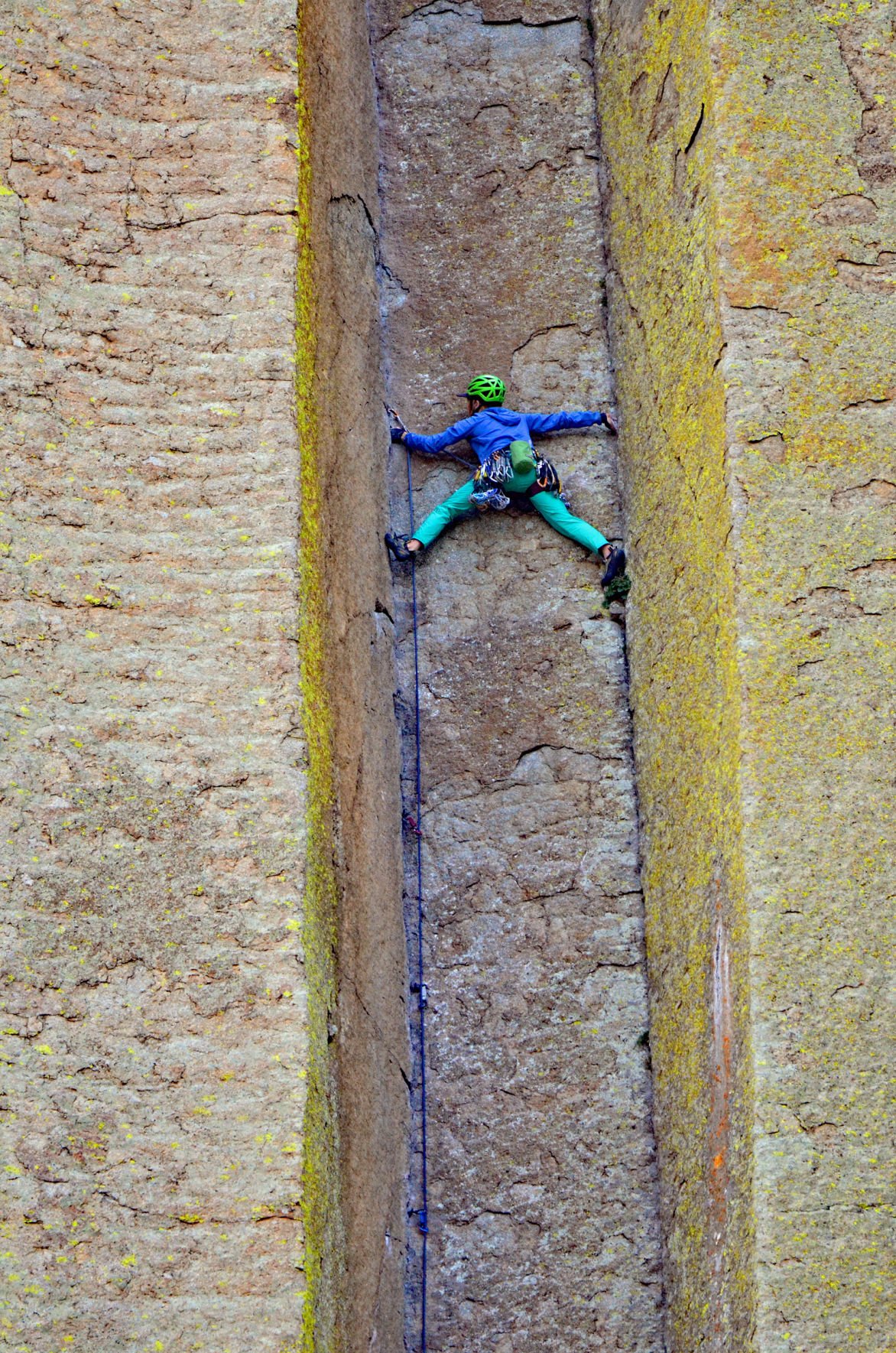 Second place: Climbing the cracks of the Devil

A climber scales the west side of Devils Tower. President Theodore Roosevelt made Devils Tower, located in the sparsely populated northeast corner of Wyoming, America's first designated national monument on Sept. 24, 1906. Ever since then, people have been infatuated with the other-worldly column formations, and for the adventurous spirit one cannot help but wonder what it would be like to climb and stand on top of the 800-foot monolith. — Glenn Montano, Ballwin 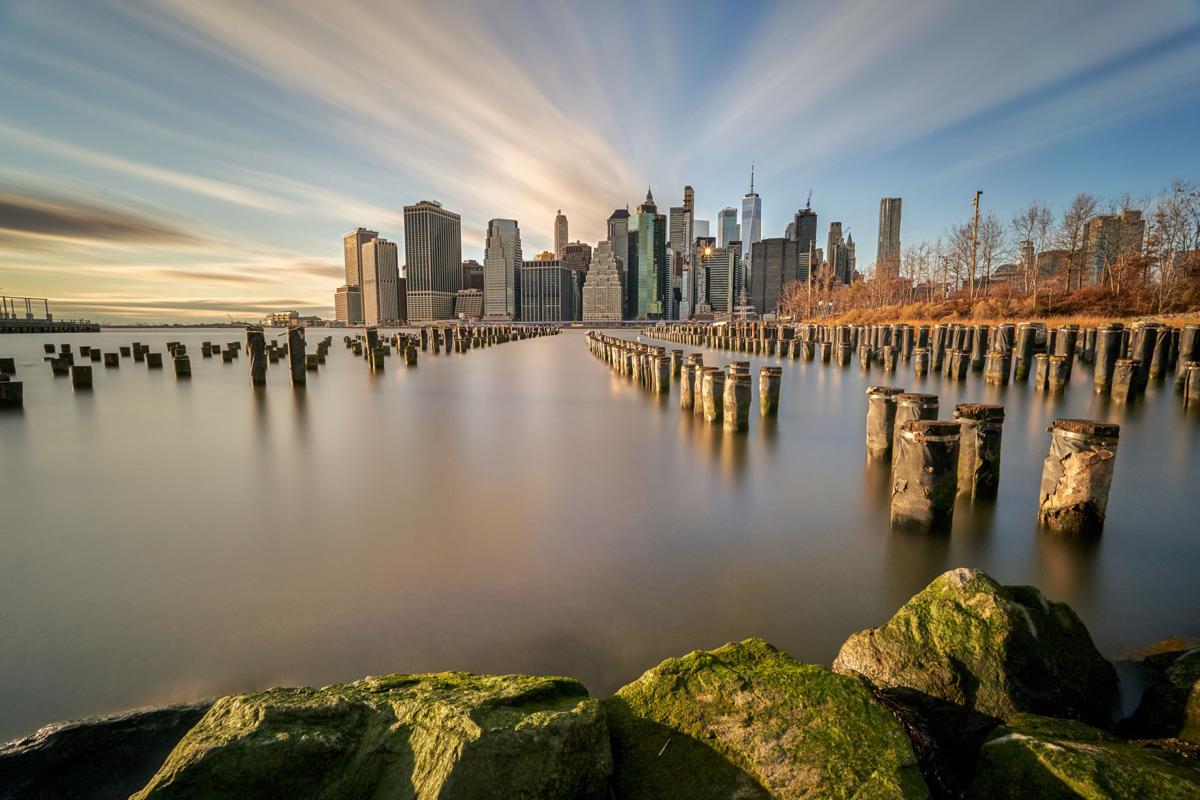 A long exposure of Manhattan, as seen from Brooklyn Bridge Park during a cold January sunset, demonstrating the contrast between motion and still. — Douglas Miller, Edwardsville