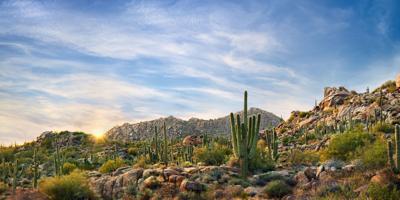 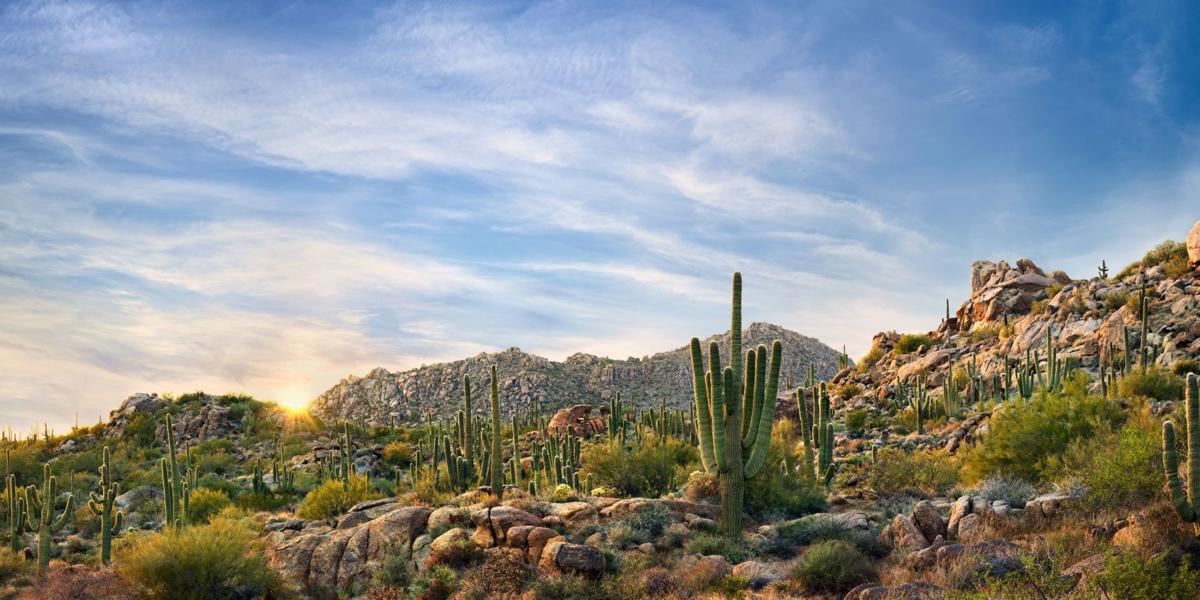 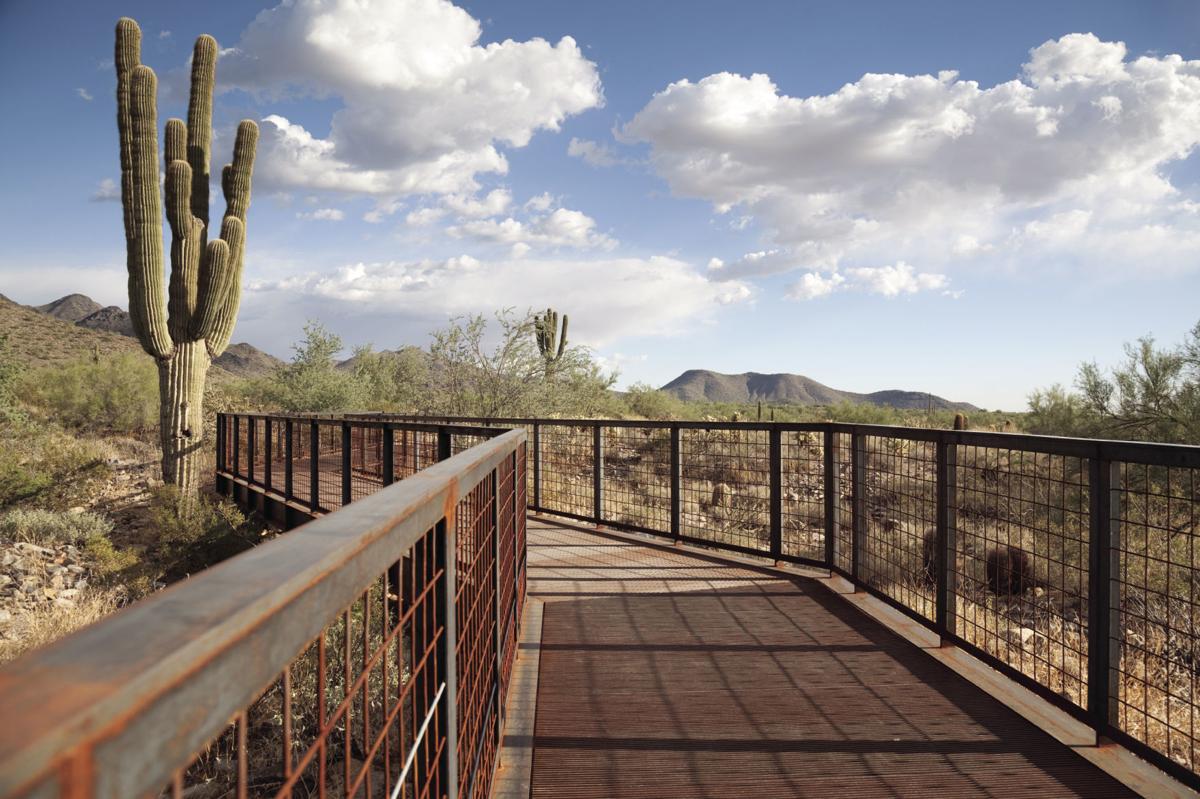 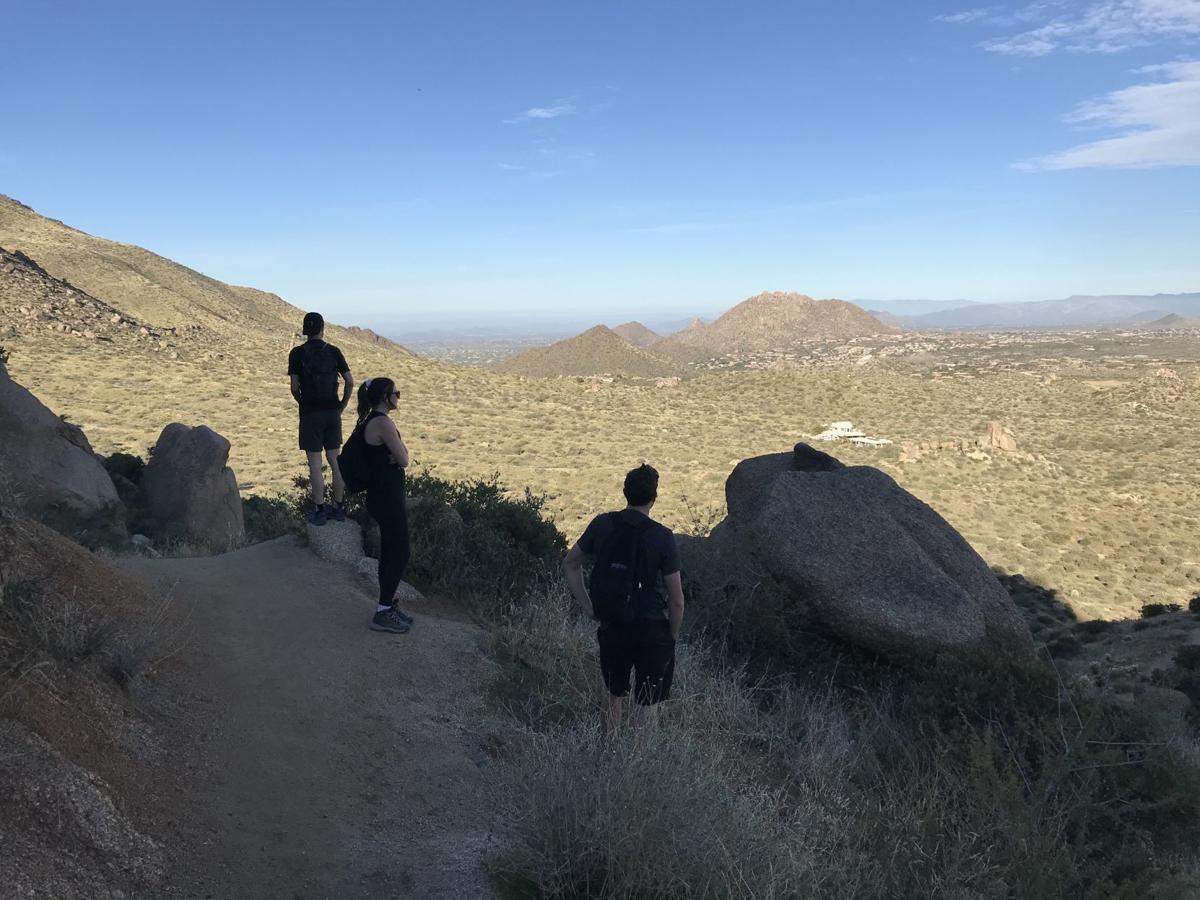 Hikers along Tom's Thumb Trail in Scottsdale, Ariz., stop to take in the view. 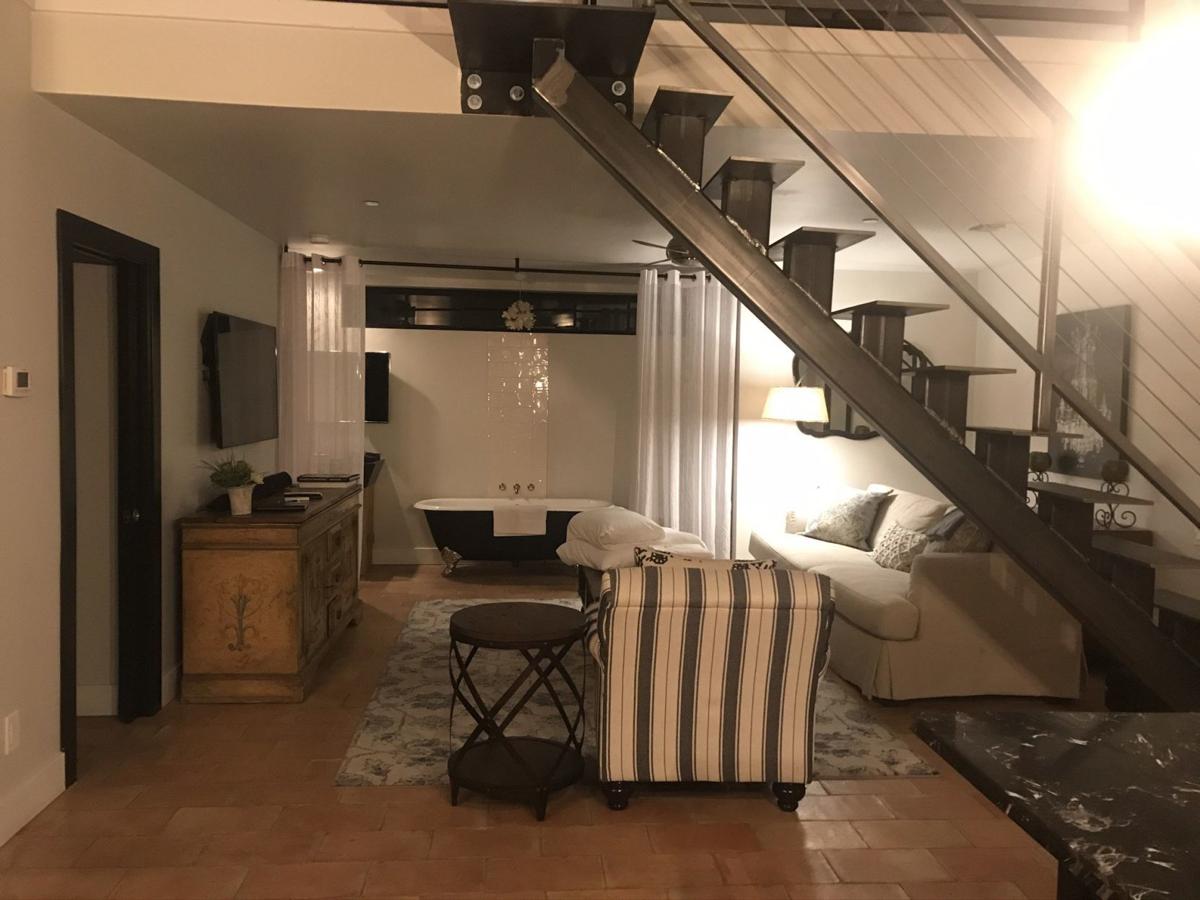 The loft suite at the Bespoke Inn in Scottsdale features a living area with a soaking tub and an upstairs bedroom. 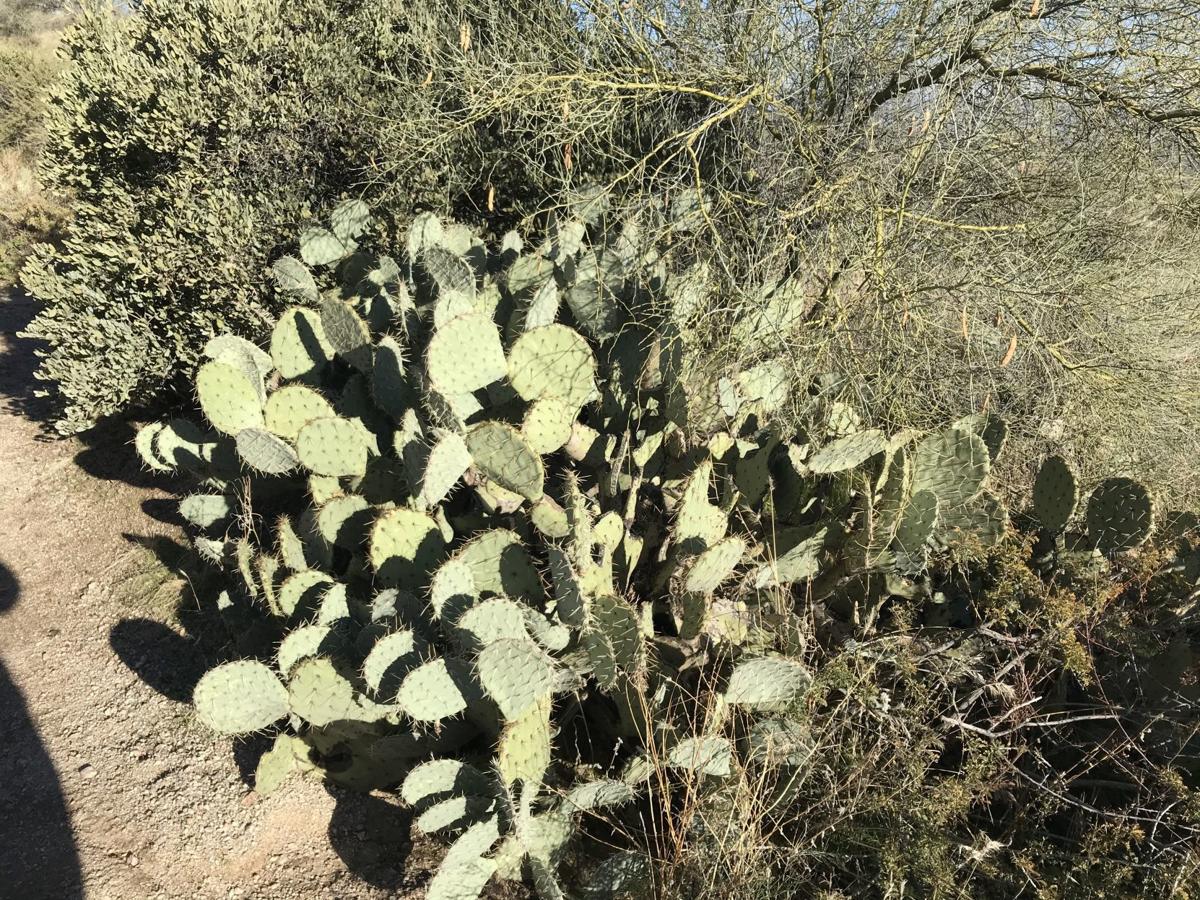 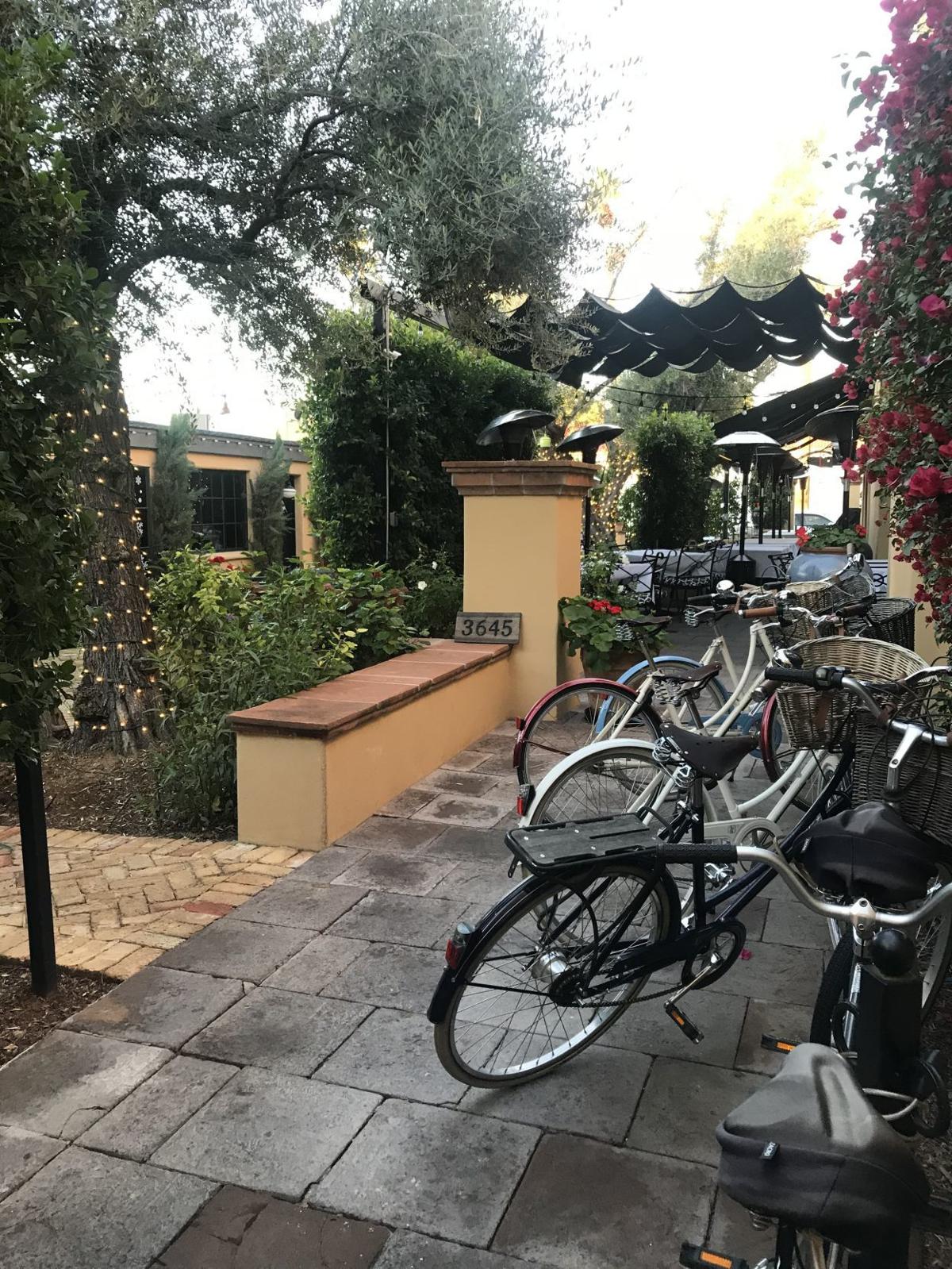 Bikes line the courtyard at the Bespoke Inn in Scottsdale, Ariz. 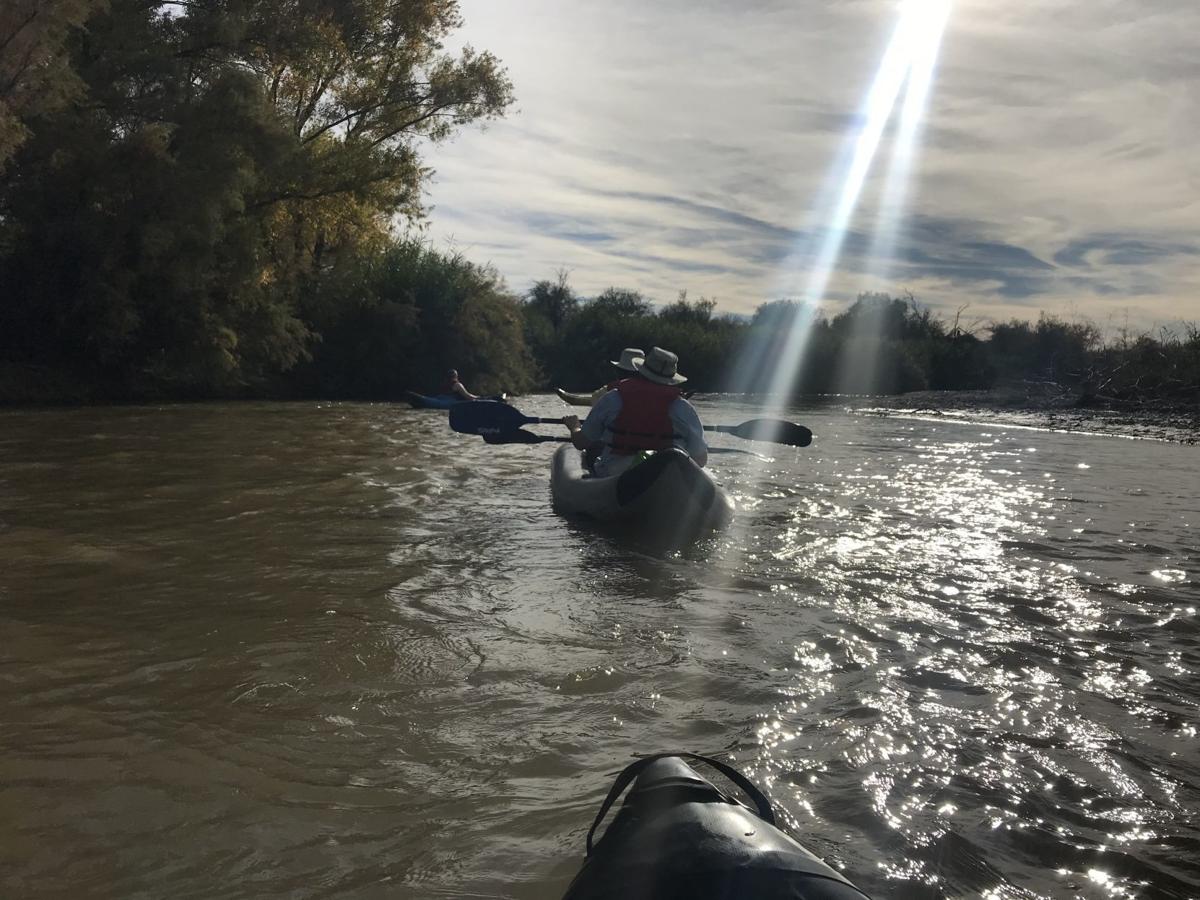 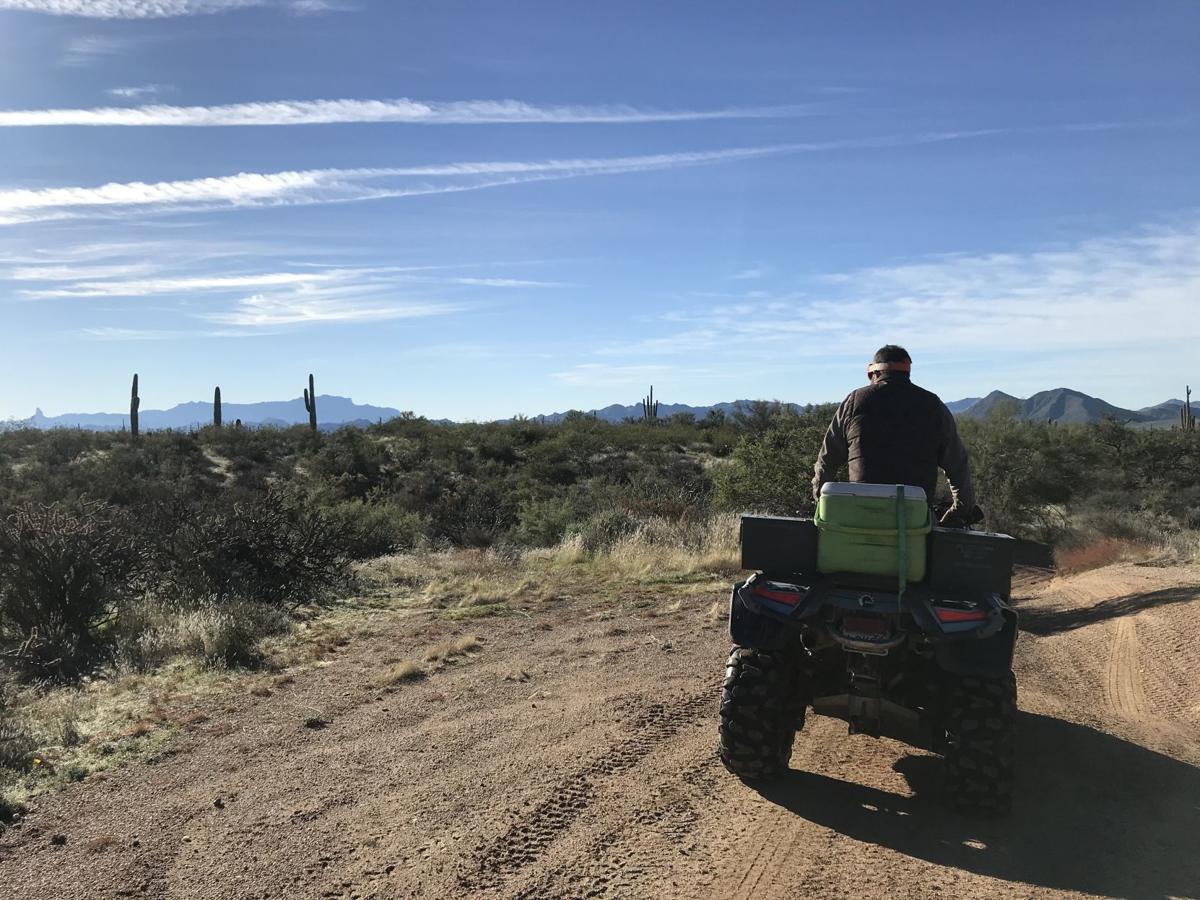 Chad Turner of Stellar Adventures takes both newbies and experienced riders on guided ATV tours of the Arizona desert. 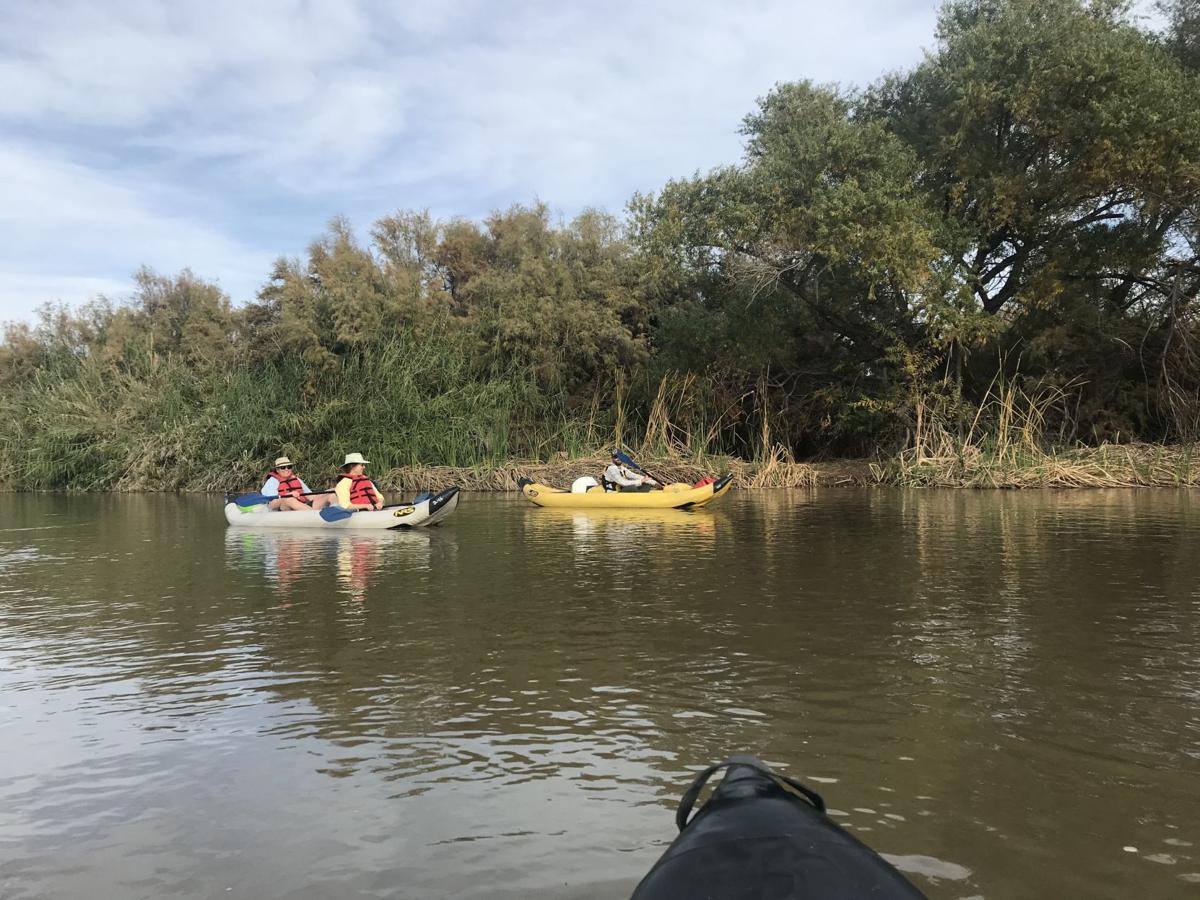 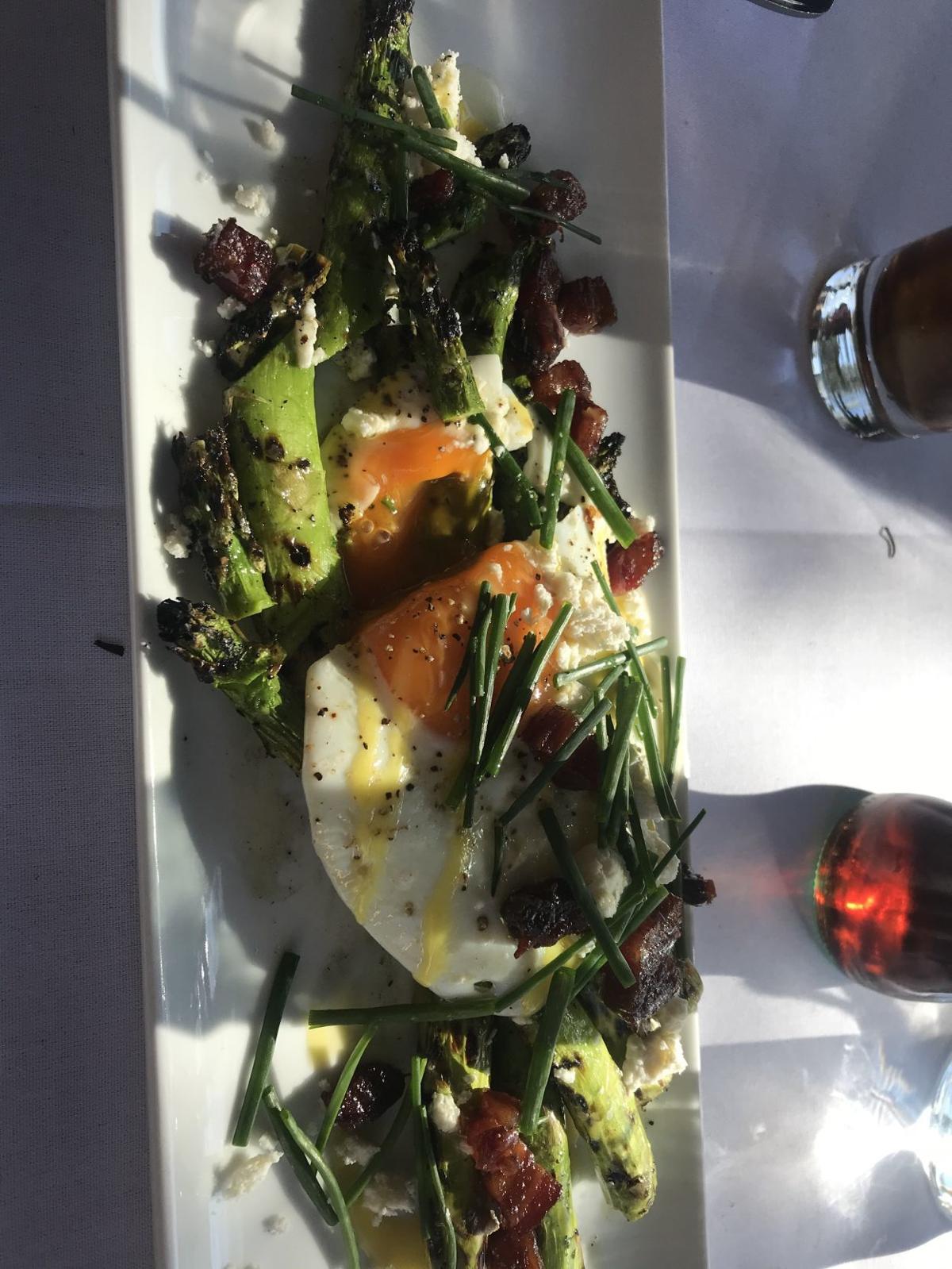 At Virtu Honest Craft, at the Bespoke Inn, the Asparagi dish is made up of two wash ranch duck eggs, feta, bacon candy, foie gras hollandaise and truffle drizzle. 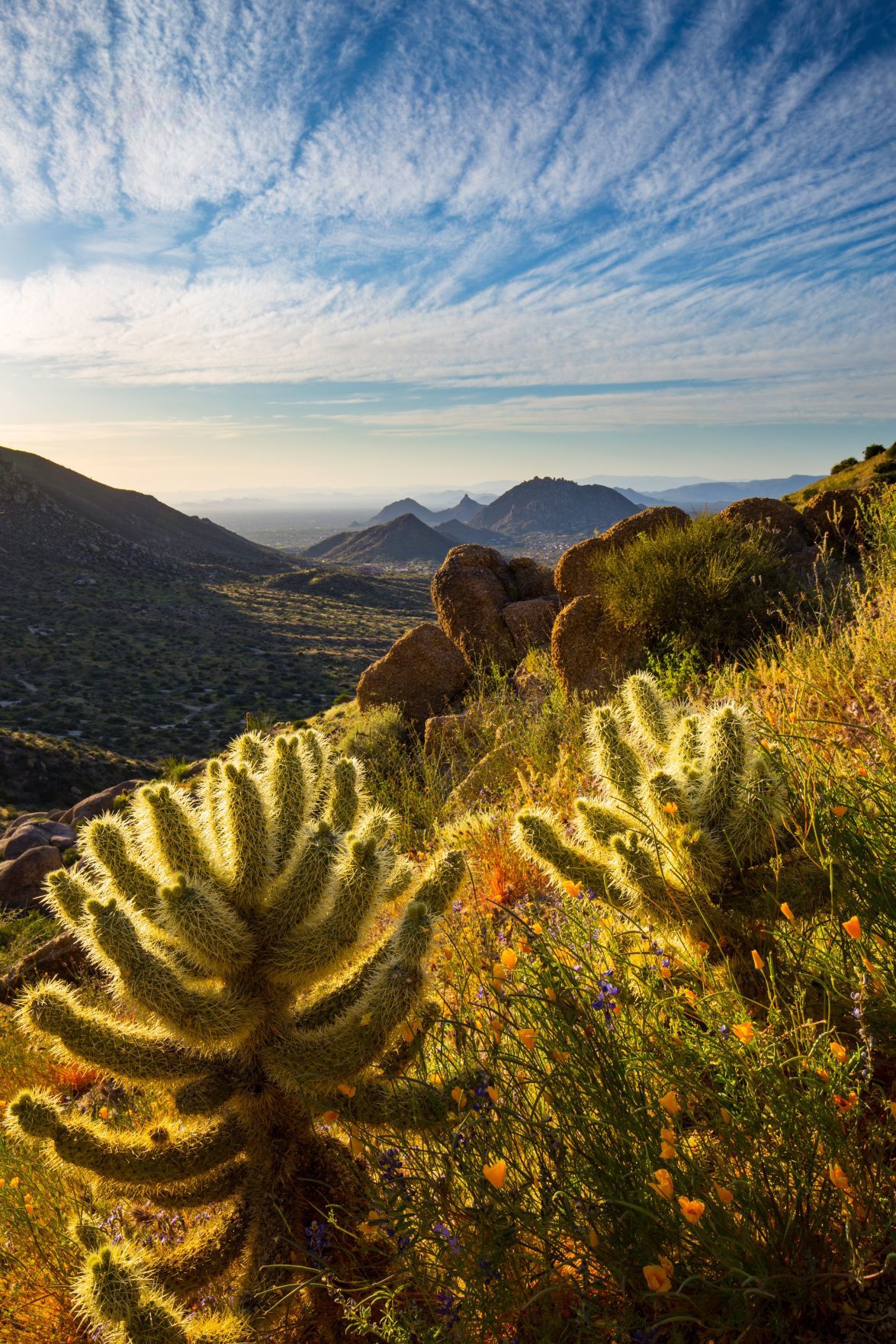 What’s one thing Arizona has that St. Louis does not have this time of year? Sun. And warm weather and cacti and mountains. In short, a desert climate.

The Sonoran Desert covers much of the southwestern part of the United States and into Mexico. It’s known for a variety of vegetation including the majestic saguaro (it’s the only place in the world it grows in the wild), prickly pear and organ pipe cactus.

In Scottsdale, a favorite vacation destination known for its golf courses and spas, I set out to explore the desert.

Apparently, exploring the desert is a popular vacation activity. According to the City of Scottsdale Tourism Department’s October 2019 visitor statistics, exploring state parks and hiking were among the top 10 activities for visitors.

The cheapest, easiest and most up-close-and-personal way to experience the desert is to walk through it. The McDowell Sonoran Desert Preserve has more than 200 miles of trails on which to do that across 31,000 acres. It is the largest urban preserve in North America, making it 36 times the size of New York’s Central Park. The preserve is open from sunrise to sunset, and there is no charge for parking or access at any of the seven major trailheads. You can hike, bike and even ride a horse across the trails.

I hiked both the Gateway and the Tom’s Thumb trails. The Gateway Loop, at 3.6 miles, is a great way to take in a variety of cacti and even a few scurrying animals here and there. The trail rose fairly easily, a 625-foot change, along the towering mountains.

The Tom’s Thumb trail, a 5-mile loop with some pretty steep climbs (a 1,363 change in elevation), is much more difficult. The loose gravel amid giant boulders makes coming down in sneakers tough — OK, a dumb idea. I highly recommend hiking boots. In addition, the docents at the trailhead told me that you start at an elevation higher than the famously difficult Camelback Mountain hike, also in Scottsdale. I’m convinced that made it even harder.

In warmer months, heat is a serious concern, and warnings about water and dehydration are posted.

It’s been many years since I’ve been on an ATV, and I don’t remember ever driving one. Yet, here I was not only getting ready to hop on an all-terrain vehicle in the middle of the desert, but I was going to let my 15-year-old son do it as well. One of the main reasons: Our guide, Chad Turner, made me feel like I could do anything. He listened to my questions and worries and looked at my son and said, “Does she worry like this about everything?” My son nodded. Turner looked at me and assured me that I would be fine, and so would my son. Just listen to him, follow the rules and have fun. I did all three.

With Turner in the lead, we hopped on our automatic four-wheel ATVs to explore the desert in the Tonto National Forest, which extends over nearly 3 million acres. We went up and down hills and around water and over ruts and through sand washes (through which you have to go really fast) right next to cacti as Turner pointed out features of the area, all with gorgeous mountains around us and sunny skies above.

Stellar Adventures is one of the few tour operators to have permission to operate in the forest. With 900 miles of trails, it’s a good idea to have a guide; all those cacti look a lot alike after a while.

Turner told us some families do the tour, which can differ based on skill level and interest, at the beginning of their vacation and come back more than once because it really is that much fun. I believed him. I’m not sure I’ve smiled that much in a long time, and moms don’t get that many opportunities for great quality time with their teenage sons. Kids 12 and older can drive the ATV. A two-hour ride is $185, which includes snacks and beverages. Note: the trailhead is about 45 minutes from downtown Scottsdale, and there is no bathroom at the trailhead.

Kayaking isn’t the first thing I thought of when folks at ExperienceScottsdale.com suggested it as a way to see the desert. But seeing the mountains, the wildlife and an Indian reservation from an inflatable, “self-bailing” river kayak with my son made for a unique perspective on the desert.

We joined four others along with a guide on an REI Co-Op half-day trip along the Lower Salt River. Depending on water levels, you may kayak a different part of the river. We started near a few class 1 rapids, which made me a bit nervous, but after that it was smooth sailing. Except when I got stuck on the river bottom, which happened a few times. We’d just scoot, push with our oars and ask our tour guide for help.

For a desert, even in December, the riverbanks were surprisingly verdant, standing out even more amazingly among the towering red cliffs. We spotted a bald eagle and several herons but, alas, no wild horses known to run along that stretch of river. Rates start at $116 and include transportation.

With only 10 rooms, all of them quite different, the Bespoke Inn in Old Scottsdale is one of those special places you always remember. First, the location itself is pretty special. You are within walking distance of some of Scottsdale’s best restaurants and galleries as well as the Museum of the West.

The rooms surround a brick-lined courtyard filled with fire pits and cushioned chairs. Guests can relax there, but they are also often full of people waiting for tables at the award-winning Virtù Honest Craft restaurant by chef Gio Osso, a James Beard nominee. The restaurant was recognized as one of the top 20 “Best New Restaurants in America” by Esquire Magazine in 2013 and was a semifinalist for James Beard’s Best New Restaurant award in 2014. We had brunch there, outside of course, one day. I had the most amazing asparagus dish with two ranch duck eggs, feta, bacon candy, foie gras hollandaise and truffle drizzle ($13).

Though the expertly decorated rooms, each unique and spacious (ours had a loft and full kitchen), are reason enough to book the Bespoke Inn, two extra features are unique. On the roof, you’ll find a 43-foot-long infinity lap pool overlooking the courtyard and practically in the treetops. It’s both exhilarating and frightening. The other features are the British Pashley bikes lining the walls. Just ask, and guests can grab one to explore the downtown area.

More info: bespokeinn.com; rates vary greatly depending on season but start as low as $139 in the summer 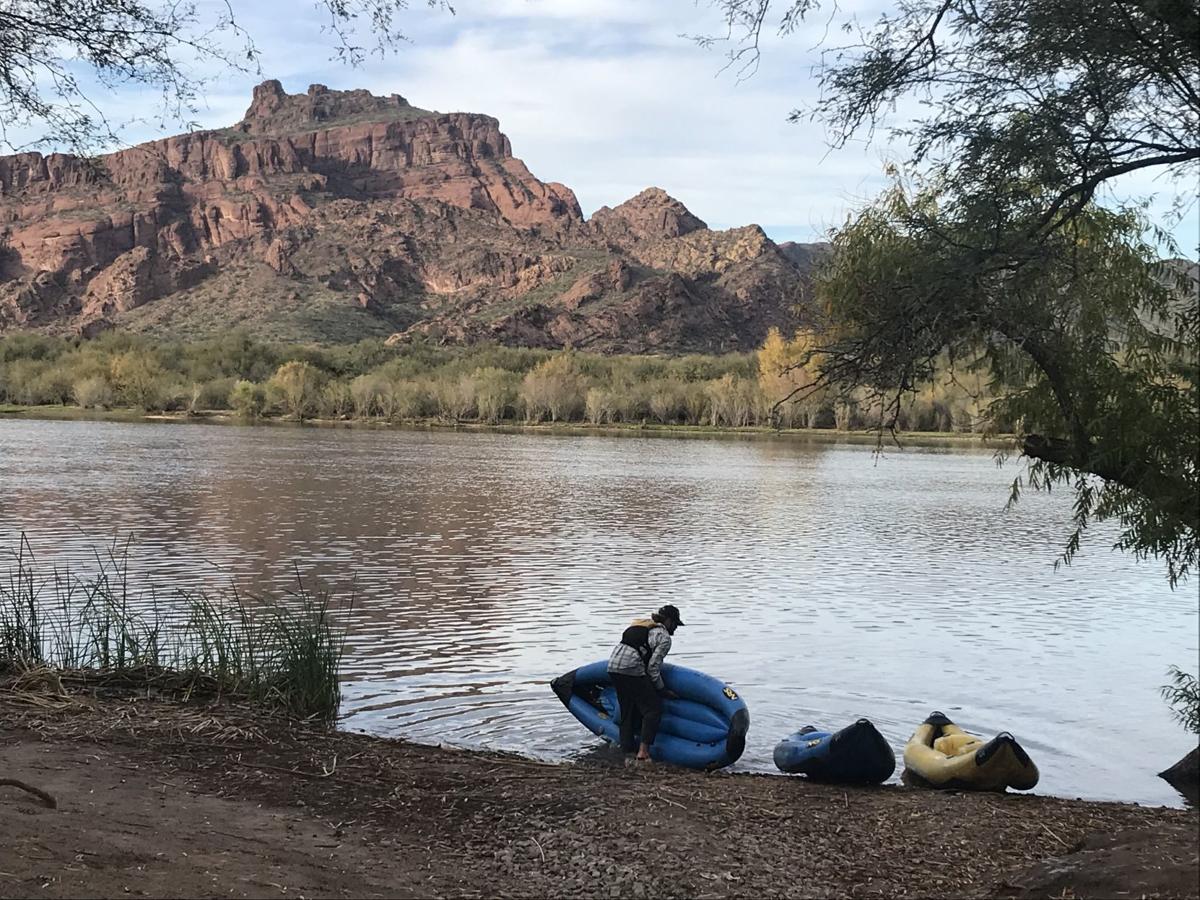 Workers with REI Co-Op pull inflatable kayaks out of the water along the Lower Salt River at Red Mountain. 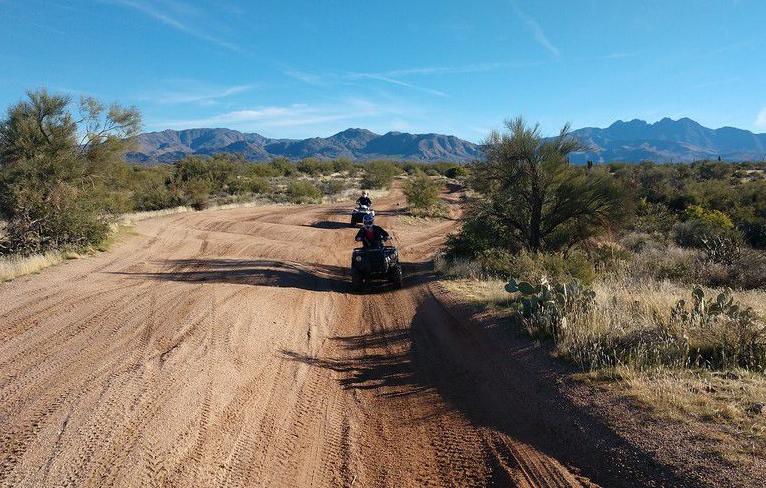 Stellar Adventures takes both newbies and experienced riders on guided ATV tours of the Arizona desert. 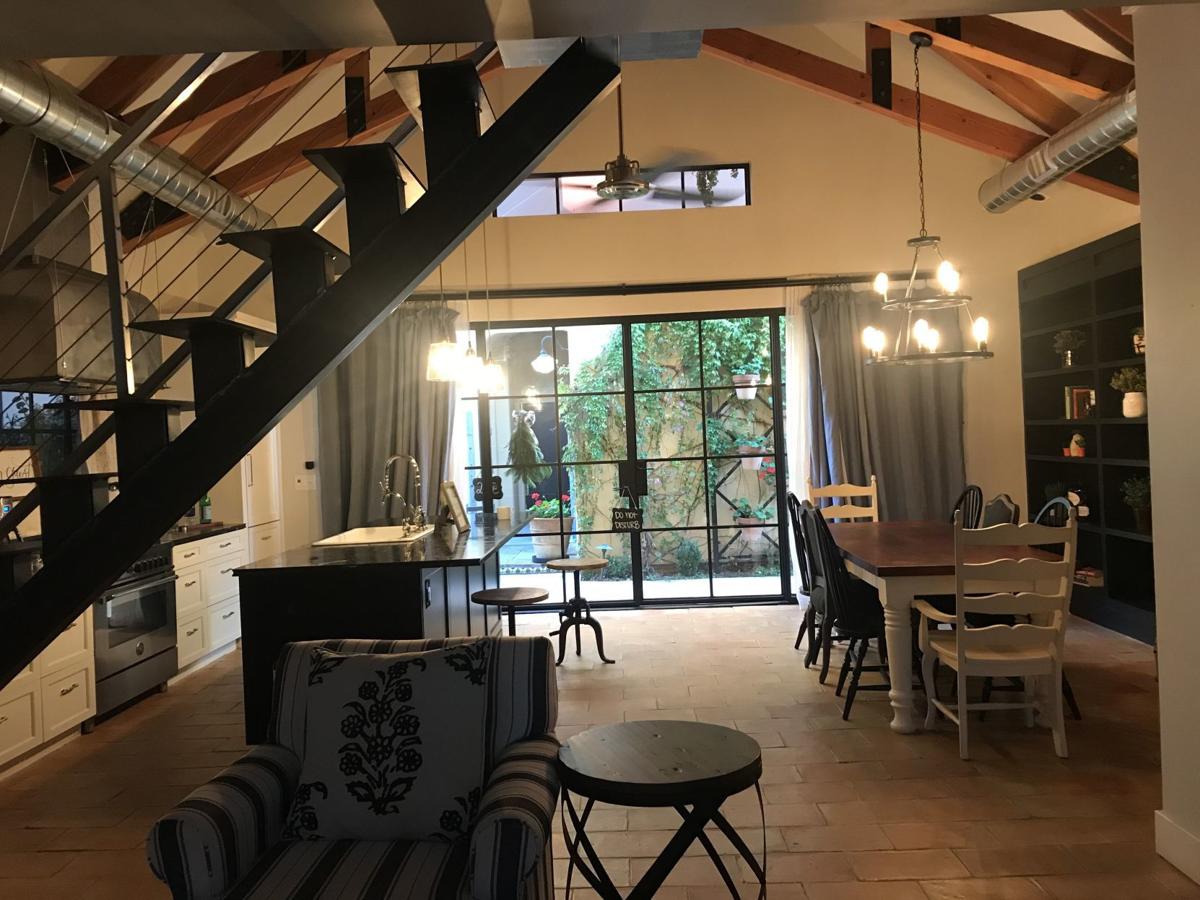 The loft suite at the Bespoke Inn in Scottsdale features a living area with a full kitchen and dining room and an upstairs bedroom. This space runs about $479 a night.

Hikers along Tom's Thumb Trail in Scottsdale, Ariz., stop to take in the view.

The loft suite at the Bespoke Inn in Scottsdale features a living area with a soaking tub and an upstairs bedroom. 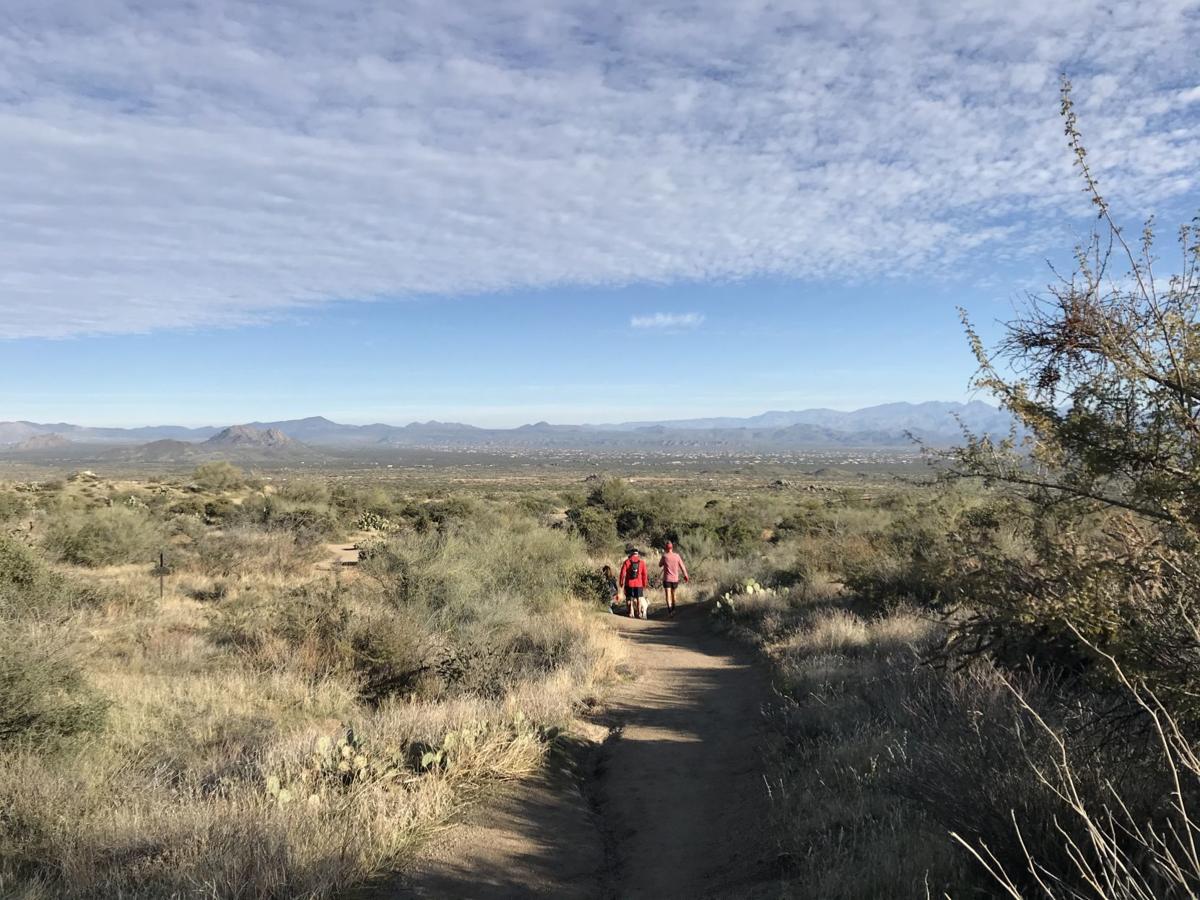 Hikers make their way out of Tom's Thumb Trail in Scottsdale, Ariz.

Bikes line the courtyard at the Bespoke Inn in Scottsdale, Ariz.

Chad Turner of Stellar Adventures takes both newbies and experienced riders on guided ATV tours of the Arizona desert.

At Virtu Honest Craft, at the Bespoke Inn, the Asparagi dish is made up of two wash ranch duck eggs, feta, bacon candy, foie gras hollandaise and truffle drizzle.